Mobile solutions
Home solutions
Have a phone you love? Get up to $500 when you bring your phone.
$500 via Verizon e-gift card (sent w/in 8 wks). Activation of 4G LTE/5G phone on 5G Get More plan req’d. Device must remain active for 45 days. $500 charge back if service cancelled w/in 12 mos or eligibility req’s are no longer met. See vzw.com/bring-your-own-device for details.
Help
Sign in
Turn on suggestions
Auto-suggest helps you quickly narrow down your search results by suggesting possible matches as you type.
Showing results for
Search instead for
Did you mean:
More Options
Correct Answer!
LTE Home Router Firmware Update appears to cause disconnections

In the last 30 hours since this update, the LTE Router has lost connection to the internet 5 times, requiring me to power cycle the device to return it to operation.  In the midst of these disruptions, the indicator light on the front of the device remains green, however no data flows in our out.

If this happened on any other router I've owned, I'd re-install a previous firmware to confirm that is in fact the problem here.  However no such option exists here.

And while we're on the subject of missing options, a "reboot" button in the UI would be helpful.

And in the midst of typing this it dropped a sixth time.  So I grabbed screenshots to show what the UI is reporting.  Though some of these will appear to report everything is functional, the connection was dead when I took these.  My signal strength fluctuates between 3-5 bars, and has always been rock solid (even on 3 bars) prior to this. 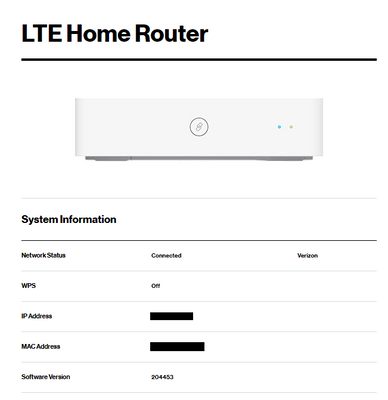 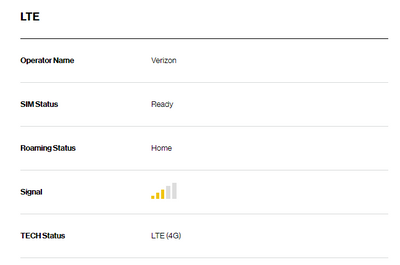 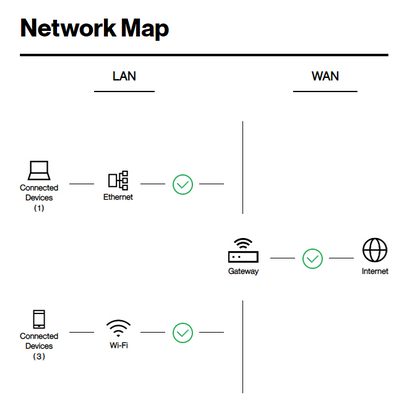 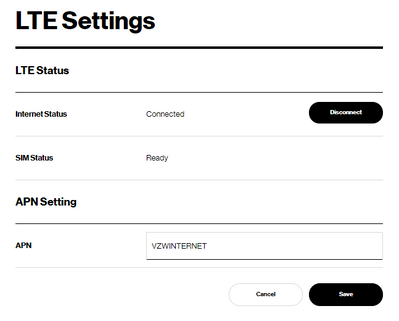 44 people had this problem.
I have the same question
10 Likes
370 Replies
Correct Answer!
Re: LTE Home Router Firmware Update appears to cause disconnections

Same issue here.  I reported this a week ago when my first router got the new firmware.  Referenced it being a firmware issue then.

My new router arrived yesterday, it updated the firmware last night (1:07AM) and we woke up to another offline modem.

As reported a restart works - which requires a physical visit to the mode as there is no reboot option in the UI?!?!?!

I bought this device a month ago and it worked perfectly until two days ago.  I have not been paying attention to software update so I don't know what version it was on.  Mine would disconnect about every hour or so and I would have to power down and restart to connect.  I convinced Verizon to send me a new one and I just connected it about two hours ago.  It is on software version 204453.  It has been working but time will tell.  I will keep you posted.

johnwarfel  unfortunately that’s the version that started all my problems.

I went 24 hours without issue, but just now had it die twice on me in a 15 minute span. I keep manually checking for a firmware update with the hope that a fix is inbound from engineering. No luck yet.

I’ve been having the same issue since Friday Nov. 13. Light would be green but no internet connection. I would reset it and it would stay connected 45min to an hour and then repeat. Saturday-Sunday only lost internet once. Started acting up again Monday afternoon, though sometimes it would stay connected for up to 8 hours before dropping out again. Tonight (Thursday Nov. 19) It’s disconnected twice in the span of 4 hours since I got home from work. I checked and I have the same firmware 204453...also noticed where it says applied on, mine says no update applied?!?

I’ve also had an issue of two flashing red lights that started in October whenever It loses power, I have to do a factory reset to get it to work properly after that.

_jay_, we are disheartened to learn that you and many others are having this issue, but we are here to help you with this as we understand having a working device at all times are important. What troubleshooting steps have you already completed besides the reboot? What is the zip code and intersection to the nearest area you're being affected in?

Thanks for you interest in helping.  I have walked every troubleshooting step on your list.  Including getting a new modem.  As soon as the new modem got the updated firmware the problems started again.

This is not a service issue, its a firmware issue.

The service was great up until this firmware update.

Is there a third-party modem that is approved for use?

Has anyone been able to get a support ticket opened with a number that can be referenced when calling support to report/log issue?

We are also having the same exact issued. Started to randomly happen about 3 days ago. Was trying to trouble shoot potential router issues etc. Narrowed it down to specifically the router and after this seeing checked our version number. Same and it updated 3 days ago. So this firmware is clearly broken we need an update or be able to roll back immediately.