Mobile solutions
Home solutions
Have a phone you love? Get up to $500 when you bring your phone.
$500 via Verizon e-gift card (sent w/in 8 wks). Activation of 4G LTE/5G phone on 5G Get More plan req’d. Device must remain active for 45 days. $500 charge back if service cancelled w/in 12 mos or eligibility req’s are no longer met. See vzw.com/bring-your-own-device for details.
Help
Sign in
Turn on suggestions
Auto-suggest helps you quickly narrow down your search results by suggesting possible matches as you type.
Showing results for
Search instead for
Did you mean:
More Options
Correct Answer!
Avoid new device fees

I recently purchased 3 new iPhone 12 Pro's. I ordered them from Best Buy online and paid for them in full. I picked them up, went home and popped the SIM card in them and was all set. Now I find out I was charged a $40 upgrade fee for two of the phones. I called Verizon to asked them why I was charged a fee for 2 out of the 3 phones.

First I was informed that without the upgrade fee, there would be no service to the device. (Even though I was only charged for 2 and the 3rd device works just as well) And I could only use them "on WIFI". I challenged them by stating that all 3 devices which were order, paid for, picked up and turned on, on the same day, had the same service and coverage.

Then I was informed, it was to provide manufacture warranty. I asked how that was different from the already included 1 year AppleCare, to which the response was that it was in fact the same. I informed the representative that there is no additional charge on any Apple device, regardless of wether it has cellular coverage, for the standard 1 year AppleCare hardware coverage. He stated that if there was a hardware defect, the device could be sent in and reviewed by Verizon prior to it being sent to Apple for service. I asked him, how this differed from my taking my Apple device with a hardware issue to the apple store or sending it into apple. He did know.

They were unable to inform me what the upgrade fee exactly covered or what additional service it provided. The rebuttal then was that it is an "industry standard". Which I challenged, as I have 12 lines with another carrier and have never experienced such a fee. Then I was informed the fee would only be $20 if I had ordered the item online (which I had) but the same service would be provided as the $40 fee.

I asked if there was a fee if I went directly to the Apple store to purchase the phones, they stated there would not have been a fee. They went to explain further that it was a "loop hole" as the service, end user experience and coverage would be the same. The representative actually stated, "I wonder why that loop hole hasn't been closed yet."

So there you have it, the upgrade fee is a bogus variable charge which does not impact the end user service or experience. The "loop hole" which I will be using going forward and I recommend to anyone (especially if you have multiple devices you need to upgrade) is to purchase phones directly from the manufacturer (Apple in this case) or out of the Verizon reseller network.

1 person had this problem.
I have the same question
0 Likes
Reply
13 Replies
Correct Answer!
Re: Avoid new device fees

It's awesome to hear that you had upgraded to three new iPhones. I'm sorry to hear of the confusion regarding our standard upgrade fees though, as these one-time charges have always been present for as long as we've sold devices. It is disappointing to hear of the conflicting information about what these fees go towards, as they have always covered the costs involved in moving your devices network information onto the new one, registering the new device on the network, and goes towards the continued free customer service support that you had used. The $20/line discounted rate that you had mentioned only applies towards online purchases made through My Verizon, not with an authorized retailer, as they can have their own separate promotions and charges. As for why some of your phones had a $40/line upgrade fee, please check with Best Buy and your receipt with them as you may have had a discount through them. If you'd like to know more about this standard charge, please check out this link: https://www.verizon.com/support/upgrade-device-faqs/#upgrade-fee . Trading in an unused device is the best way to further mitigate these one-time charges. Thank you again for sharing your experience, and we hope you enjoy your new phones!

I appreciate the response, however lets call it what is it is... a source of revenue.

The varied, vague and inconsistent responses from Verizon and the fact that the fees vary and are even avoidable by going to different vendors, without impacting end user experience, indicate that the charge is unnecessary to the user.

If I buy a phone online, paid in full from Best Buy / apple direct / 3rd party and take it home and put my sim in it, there is no effort or cost on Verizon's part to "register" that device (I can switch my sim back and forth from device 100x a day without occurring a "registration" cost each time). I still get the same end user service and experience. My monthly service dues continue to cover the cost of provinding network coverage, technician costs, free customer service cost, online support etc.

If this fee was so critical to making a new device work / registered or cover Verizon expenses, than why is the fee;

1. Varied and inconsistent depending on device origin

2. not necessary when purchasing the same device direct or from a 3rd party?

I understand business and the need for various revenue opportunities but don't try to pull the wool over people eyes with claims of "manufacture warranty" coverage, "device registration" costs etc.

At least make the fee consistent to every new device regardless of origin and have all the representatives on the same page. Neither of which is currently happening.

Hi. You mentioned having 12 lines with another carrier and were never charged the fee Verizon charges. Would you share which carrier? You can private message me if that’s possible and you don’t want to share on here. I’ve had a recent really horrible experience that is still ongoing  with Verizon and while I don’t expect other carriers to be perfect, I am looking to switch based on principle of how I’ve been treated during a problem that others have experienced yet Verizon refuses to change. Thanks.

Using your own sim or not is irrelevant if your account was involved to place this order. Second, it is an industry standard charge.  Verizon charges $40/$20 depending if you did self serve. T-mobile charges $20 and AT&T charges $30.

The upgrade fee is a source of revenue, towers don't operate for free. You van either pay it to do a monthly payment loan or buy the sim free unlocked version if you're buying up front.

Good question. My account was not involved as I bought the phones outright and ordered it online through the Best Buy website.
I did not use any sort of promotion, upgrade service / plan or payment plan.
I was asked by Best Buy which service I intended to use it on and what my phone number was.
I found out from speaking to Verizon that Best Buy is considered an authorized Verizon reseller and that is where the “upgrade fee” came into play.
Per verizon, had I taken the same steps and paid the exact same at the apple store or another retailer out of their network, there would have be no “upgrade fee” and the end result of service would have been the same.
Obviously operating a network requires capital, which I why I am okay paying the higher costs associated with Verizon coverage.
What I am frustrated with is paying a fee to put my SIM card from one phone into another (both phones which I bought outright) and being told that “that’s the way it has always been” but only if you happen to buy the phone at certain retailers.
If I were to buy 10 phones at apple and 10 at Best Buy there would be a $400 difference in price “because that’s how it’s always been” but no difference in service.

Sent you a message 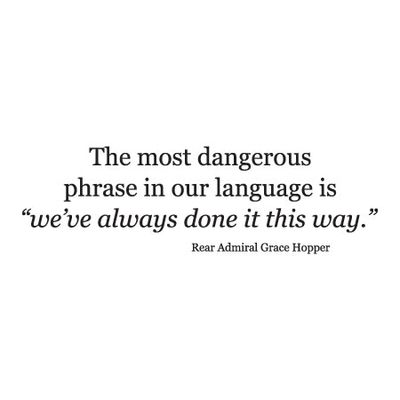 you are a long time cable tv customer and have paid your initial new customer activation fee and pay a monthly service fee.

The TVs are identical and when you bring either one home, you plug your existing cable box in yourself and your service works the exact same way, for the exact same monthly cost.

You buy it at store A and see the charge and call your cable company. They give you a vague response and tell you; “if you bought it at store B there wouldn’t have been a fee. Keep that in mind when you buy a tv in the future. Otherwise your service is exactly the same. Better luck next time!”

You've mentioned some recent trouble with us, and we'd be glad to help with it, LastDayz. Please send us a Private Message to go into the details more.