Mobile solutions
Home solutions
Have a phone you love? Get up to $500 when you bring your phone.
$500 via Verizon e-gift card (sent w/in 8 wks). Activation of 4G LTE/5G phone on 5G Get More plan req’d. Device must remain active for 45 days. $500 charge back if service cancelled w/in 12 mos or eligibility req’s are no longer met. See vzw.com/bring-your-own-device for details.
end of navigation menu
Help
Sign in
Turn on suggestions
Auto-suggest helps you quickly narrow down your search results by suggesting possible matches as you type.
Showing results for
Search instead for
Did you mean:
More Options
Correct Answer!
Ridiculously slow LTE speeds

I am getting ridiculously slow lte speeds with my Iphone 6 in the bay area. I've tested in San Mateo, Fillmore, Potrero Hill and a couple other places and haven consistently gotten below 4 mbps speeds, in fact most of the time its around 1 mbps. Sometimes the 3g speeds are even faster than the lte speeds. I contacted Verizon support many times every since I got this phone in september and they've been adamant that there is no problem, which is obviously not true because the speed tests do not lie. I'm sick and tired of waiting on verizon to contact me with a solution (they never contact me, i've had to call in to follow up every single time). Extremely disappointed with the service and am at the point where I think Verizon needs to let me terminate my contract early due to them not delivering on their end.

I am getting the same in SF and now in DC and NY. The service rep on the phone admitted that the network is slow but she claimed it was because everyone is now getting there new devices and using a lot more data. That seems ridiculous. My phone won't even fetch email any more and often just hangs when I try to manually force it. It's incredibly bad and given the lack of acknowledgment of it makes me want to move to another carrier.

The rep is right. Data isn't some magical unlimited resource. Each tower only has so much bandwidth it can supply and with mobile it isn't much. Especially when people are streaming video.

I had great/good speeds all the way up until mid last week, ever since last Wednesday it has been poor when I am in Mountain View(where I work). I have been getting super slow speeds that have made it near impossible to do anything but text... 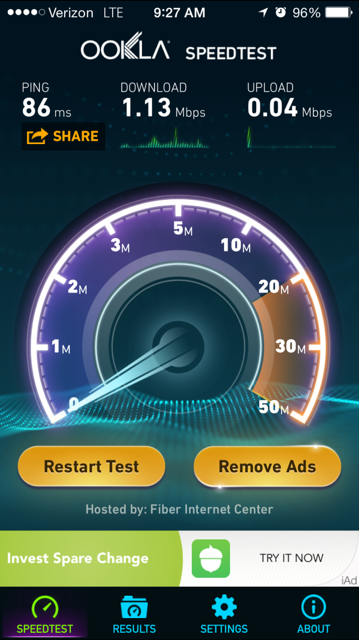 Been slower than that for me since XLTE rolled out to my area.  Im on a fringe line where the phone is reaching for XLTE instead of the fast LTE signal.

I should add, I have already been through all the steps to try to fix this. However, after talking to others I work with, it has been this way for almost all of my Verizon using co-workers. Those of us lucky enough to have access to WiFi at work when it's available have not been as concerned.

I get XLTE at home and it nearly smokes my home WiFi speeds. I keep wondering if I am in an area at work where they are upgrading towers around me, so it's causing issues and putting me in a dead zone. I at least hope that's the issue.

It sure would be nice to know what is going on Verizon...up to a week of nearly useless(dragging) service in an area that was fine before last Wednesday...would be great to have an idea of why? To have full to nearly full signal and speeds like this seems like there would be a reason available to why it's happening, would sure love to be able to use my phone again in this area I work in. 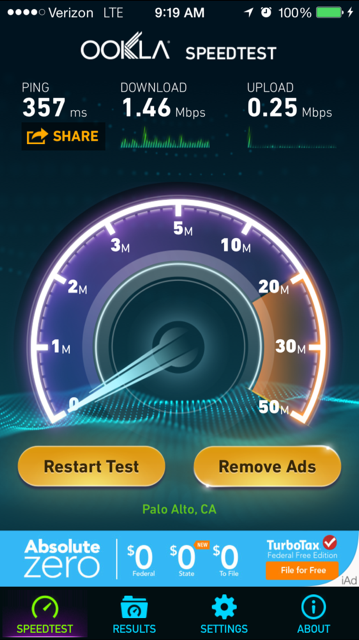 Still the same screen for me as well.

Has Verizon ever mentioned sending someone out to measure the area?