5 Celebrities On AOL BUILD This Week

Get up close and personal with these five celebrities on AOL Build. 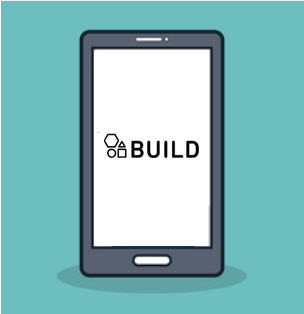 Ever wonder what it would be like to talk to your favorite celebrity? Well with AOL BUILD, it will be like you can! How is that possible? It's because AOL BUILD  is a live interview series where fans sit inches away from some of the most interesting and influential creators in the world  of entertainment, fashion, and business, as they share the stories behind their projects and passions. With that kind of star power, it's not wonder that AOL BUILD now serves over 500 million subscribers. So stay up to date with all the latest news by your favorite super star by checking out the weekly line up and watching live on AOL.COM/build or on the BUILD app on iOS.  If you subscribe today, you will get to see my top five celebrity picks and many, many, more! Plus, if  you missed an interview that you really wanted to see, you always have the option to re-watch an older episode! What's not to love about AOL BUILD?

If you grew up in the 1990's or had kids that did, than you're no stranger to the name, Nick Carter. Well he's back in the spotlight alongside Emma "Baby Spice" Bunton. Together, they're going to spice up ABC's show, Boy Band. During his interview on AOL BUILD, he discusses the show, his co-host, and how the game show works. If you're nostalgic for the 90's, than this interview is a must see!

Can he swing from a thread? Take a look overhead! Watch out! Here comes Spiderman! As the latest celebrity to step into the web-slinging role of Spiderman, Tom Holland is interviewed about his upcoming movie, Spiderman: Homecoming. Will he be able to balance school life and being a normal teenage boy, with the responsibility that comes along with being a superhero? Find out next month!

As one of New York Times best selling authors, Brad Thor is a celebrity in the literary world. On AOL Build, Thor will be discussing his book, Use of Force​, which is packed with pulse-pounding action, fascinating characters, and electrifying intrigue. If you've read any of his other books, you know why Brad Thor is known around-the-world as the “Master of Thrillers.”

This blonde Brooklyn-born bombshell is one of the hottest names in music right now. In her interview with AOL BUILD, Rexha talks about her newest album, All Your Fault Pt. 2. With collaborations by Florida Georgia Lines, Lil Wayne, and 2 Chainz, on the album, it's no surprise that her songs constantly appear in the Billboard's Top 100.

Perhaps one of my favorite actresses, this Park And Recreation's star is back in a new movie, The Little Hours. During her time with AOL BUILD, Aubrey Plaza will hopefully talk about what it was like to work with a star studded cast including Dave Franco, John C. Reilly, Molly Shannon, and Allison Brie. I know I will be watching her interview this week and The Little Hours when it comes out on June 30, 2017! 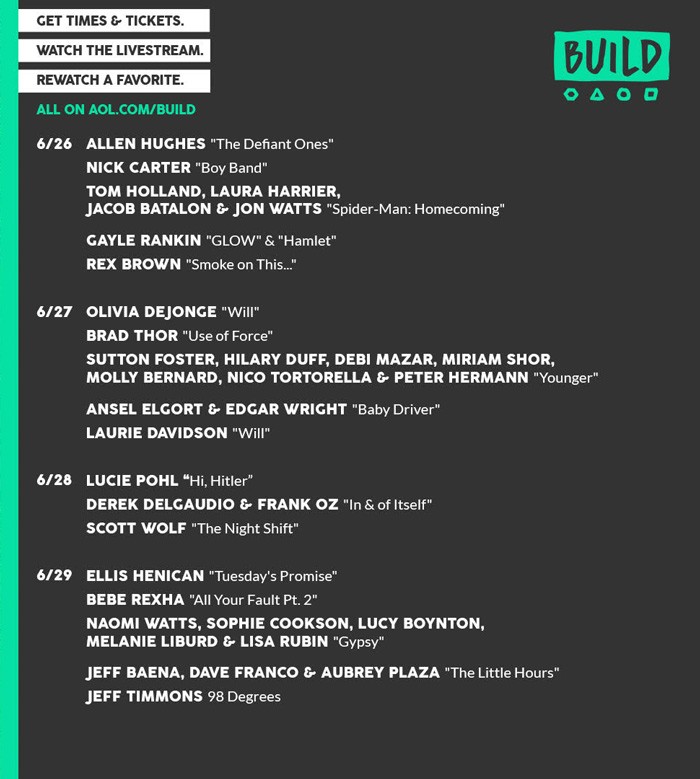 Let us know what you think of AOL BUILD! Are there any celebrities on this week's line up that you're eager to see? If not, who would you like to see in the future?