Batter Up! Baseball Season is in Full Swing 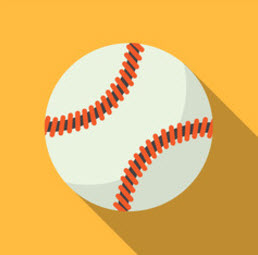 The MLB season is in full swing and for fans everywhere, that means fantasy baseball is starting to heat up too.  Community managers  joes_VZW (a Yankees fan) and danw_VZW (a Mets Fan) are in the same fantasy league and faced off against each other last week.

J: It’s a perfect time to let the world know about my rousing victory over  danw_VZW this week.  It was a close game that came down to the wire, but in the end the best team won.

😧 Well, I must say this was a pretty humbling defeat.  Much like my real life team, the Mets, it came down to two things: injury and pitching. Unfortunately for you, your win came at the expense of your precious Yankees.  If you didn’t have Carlos Correa and George Springer beating up on your own team, things would have been a lot closer.

J: This is true.  Masahiro Tanaka was terrible Sunday night (5/14) and it probably cost you the week.  Eight runs over 1.2 innings? Ugh.  Could have been worse though.  The Yankees could have had a complete and total bullpen meltdown like the Mets did.  How did Jerry Blevins and Addison Reed work out for you this week?

😧 I did think Tanaka was going to be a good pickup.  Sure, this week was bad for Blevins and Reed but up until now, picking up the back half of the Mets bullpen was working pretty well.  And since the injury plague has once again struck my Mets by taking down Jeurys Familia, they’re going to have Reed in the closer spot, racking up those saves.

J: That’s true, especially since the Mets can’t win a game by more than three runs.  Good for fantasy stats, bad for your actual team.

😧 Hey, a win is a win.  Still counts.  Just remember, we should have all of our hitting back before we head over to the Bronx for the Subway Series, so look out.  I’ll be happy to take one of Tanaka’s losses that week.

J: We will see about that.  Our fantasy teams will see each other again this season as well.  I look forward to making it two straight.

How is your team doing this season?  How about your fantasy team?  Let us know in the comments below!