In-Store or Curbside Pickup: (excludes prepaid):
Same-day delivery: Same-day delivery is available in select areas.
Sign in
Help
Turn on suggestions
Auto-suggest helps you quickly narrow down your search results by suggesting possible matches as you type.
Showing results for
Search instead for
Did you mean: 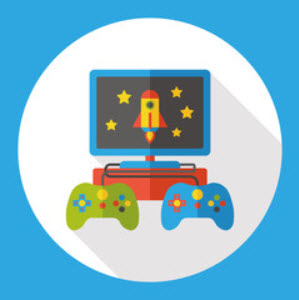 But are we truly embracing our geekiness?  Would we be talking about all of that sci-fi and fantasy media if they weren’t cultural phenomena?  If we like all of that stuff, doesn’t it stand to reason that we might have a few more geeky interests we aren’t telling anyone about?

It is time we all start embracing our geekiness.  We shouldn’t be shy about it.  Heck, I will just get it out in the open that I am a huge geek.  This is an undisputed fact because:

-I know more about the cast of “The Simpsons” than most people know about their own families.

-I play a lot of video games.  A LOT of them.  And not “cool” games like “Call of Duty.”  I mean like JRPGs, games based on the D&D universe, etc.  Everything from the more mainstream stuff like the Final Fantasy series to crazy obscure stuff I have acquired over the years

-Speaking of “Final Fantasy,” I have played every single game in the series.  All of them.  The mainline series, the spinoffs, the stupid mobile games, everything.

-I play “Magic: The Gathering” and have done so since I was a kid.

-I watch “Jeopardy” every night and get kind of upset when I miss it.

Embracing your geekiness doesn’t mean you have to be all geek all the time.  I am a huge geek, but it doesn’t stop me from watching football every Sunday.  I have my share of “non-geek” credentials.  I have worked on farms.  I love watching sports, especially contact sports.  I was on the wrestling team in high school and have trained in various martial arts disciplines.  But I wouldn’t give up my geekdom for anything.

How do you embrace your geekiness?  What are some of the geekiest things you do?  Let us know!