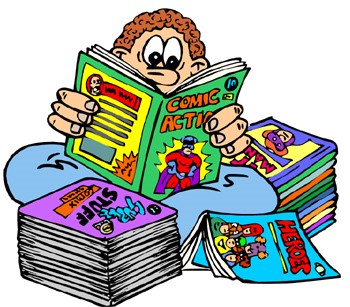 Comic books are structured according to their organizations and appearance, focused mainly on the design framing of the pages, panel orientation, and size. Weaving key elements into the format such as dialogue balloons, text lines, artists’ personalities, color, and intricate imagery to form the storylines over time. Often featuring descriptive prose and written narratives to highlights portions of the stories.

Several sub-genres of comic books emerged since the recognition of the first real comic book, such as American, Underground, Alternative, Graphic Novels, and digital comics. In the 1970’s there was a surge in specialty stores that dedicated its market to “independent” or alternative comic book creators in the U.S. 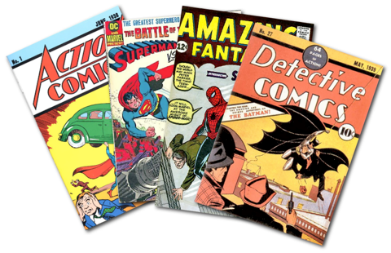 The history of comic books in America are often divided into eras based on the superheroes that emerged, stylistic dealings of how superheroes were drawn, and various other factors.

While we aren’t sure who deemed September 25th National Comic Book day, we are more than happy to celebrate this fun holiday by heading to the local comic book store and grabbing a copy of one of the classics by DC or Marvel.

"True happiness is found along a middle road. There lies the balance and the harmony-- with reason and emotion, not at war but hand in hand." – DC’s Aquaman Special Vol. 1

What's your favorite comic? Let us know in the comments below.