$899.99 (128 GB only) device payment purchase or full retail purchase w/ new or upgrade smartphone line on One Unlimited for iPhone (all lines on account req’d on plan), 5G Do More, 5G Play More or 5G Get More plans req’d. Less $899.99 promo credit applied over 36 mos.; promo credit ends if eligibility req’s are no longer met; 0% APR. Excludes Verizon Prepaid plans.
end of navigation menu
Help
Sign in
Turn on suggestions
Auto-suggest helps you quickly narrow down your search results by suggesting possible matches as you type.
Showing results for
Search instead for
Did you mean:
***Announcement: We’re excited to inform you that we will be merging the Fios and Wireless Communities to a unified Verizon Community with a new look and feel throughout. If you are interested in what specifically has changed, please see the New Revamped Community article under the Featured Topics.***

It's the most musical time of the year!

We’re midway through December and holiday music is playing almost everywhere we go.  Here are some of our favorite holiday albums to get you in the spirit! 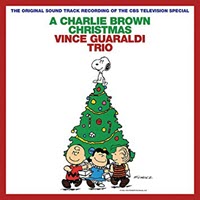 The classic A Charlie Brown Christmas is one of the most well-known holiday albums ever recorded, and for good reason.  The Vince Guaraldi Trio perform some traditional Christmas music and create their own songs which turned into holiday classics, “Linus and Lucy” and “Christmas Time Is Here.”  Guaraldi’s arrangements are smooth and provide the perfect background music to a crackling fire in late December. 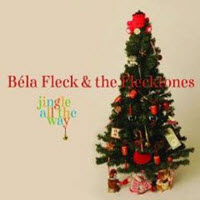 Béla Fleck and the Flecktones - Jingle All The Way (2008)

Ready for something different?  The Flecktones, led by banjo master Béla Fleck, bring their jazzy, unconventional approach to holiday classics on Jingle All The Way.  You’ll hear Tuvan throat singing on “Jingle Bells,” dueling clarinet and saxophone on “The Hanukkah Waltz,” and the holiday classic “Sleigh Ride” played at a breakneck pace that makes you feel like you’re flying through the North Pole yourself.  As a bonus, the album closes with a tender instrumental rendition of Joni Mitchell’s classic “River,” where Fleck plays banjo and piano... simultaneously. 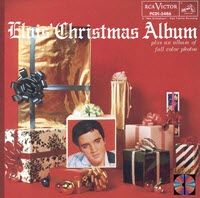 Perhaps the most iconic voice of all time, Elvis Presley released Elvis’ Christmas Album in 1957 and it still holds up today.  Elvis effortlessly tackles Christmas and gospel classics with a voice that feels like a blanket and warm cup of hot cocoa while the snow is falling outside.  On “Santa Claus is Back in Town,” The King reminds us that while Santa may be coming with reindeer and a sleigh, Elvis will still be rolling up in a big black Cadillac. 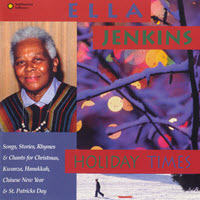 For an album that reaches far and wide to the many winter holidays, look no farther than Ella Jenkins’ Holiday Times.  Jenkins sings about Hanukkah (“Dreidel, Dreidel, Dreidel”), Kwanzaa (“Kwanzaa Time”), and even the Chinese New Year (“Gung Hay Fat Choy”).  Released on the Smithsonian Institute’s record label, “Holiday Times” is a folk holiday album that truly has something for everyone. 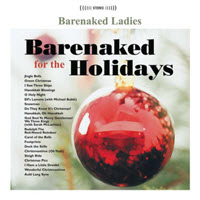 Barenaked Ladies - Barenaked for the Holidays (2004)

90’s rock veterans and perennial jokesters Barenaked Ladies cover all the bases on their album, Barenaked for the Holidays.  Included is a beautiful recording of the traditional “Hanukkah Blessings” and the fun “Green Christmas,” originally written for the How the Grinch Stole Christmas soundtrack.  Talented friends Michael Bublé and Sarah McLachlan stop by as well, making this an entertaining, well-rounded holiday album.  They even close the album with "Auld Lang Syne," a great way to look ahead to the new year!

What music are listening to this holiday season? Comment below and let us know!

**all images pulled from Google