In-Store or Curbside Pickup: (excludes prepaid):
Same-day delivery: Same-day delivery is available in select areas.
Sign in
Help
Turn on suggestions
Auto-suggest helps you quickly narrow down your search results by suggesting possible matches as you type.
Showing results for
Search instead for
Did you mean:

Star Wars Day: May the Fourth be With You! 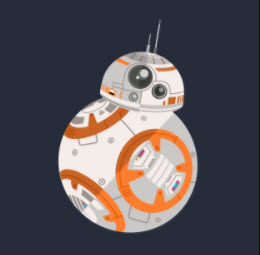 When Star Wars first hit theaters in 1977, it was unlikely that anyone envisioned it would be the first step towards a full blown cultural phenomena.  Now the series is so popular that every May 4, fans of the galaxy far, far away celebrate Star Wars Day.

Originally conceived by the folks at Toronto Underground Cinema in 2011, Star Wars Day has become a chance for fans to show their love for the series.  Disney, who now owns the rights to the films, took things to the next level in 2013 when they began officially celebrating with events at Walt Disney World and Disneyland.

Whether you are a diehard fan who has spent hours arguing whether Hahn or Greedo shot first or you just kind of like the movies, Star Wars most likely drums up some sense of nostalgia.  But why is it that people are still infatuated with Star Wars 40 years after the first film came out?  Why does Star Wars have its own day?

For me, it has always been the characters.  It’s hard not to root for Luke Skywalker as he goes from a moisture farmer on Tatooine to a powerful Jedi knight.  The Star Wars universe is filled with great characters from the iconic, like Hahn Solo and Darth Vader, to the obscure, like Admiral Akbar (IT’S A TRAP!).   Another great thing about Star Wars is you don’t have to be a movie buff or a sci-fi fan to love the films or the universe.

If you have never seen Star Wars before (and yes, there are plenty of people out there who haven’t) this Star Wars Day is a great chance to check them out.  Start with the original trilogy, work your way through the prequels and finally, check out the newer releases.

What do you like most about the series?  Is it the unique setting?  The unforgettable music?  The original trilogy?  The prequels?  There are so many things to like, so let us know what you think?

Happy viewing and May the 4th be you!