What Movies Will Keep You Cool This Summer?

You’ll find yourself staying cool in the theater thanks to these summer blockbusters! 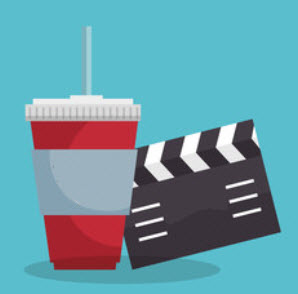 Whether you like no butter or extra butter on your popcorn, there are a handful of movies coming out this summer that are a must see for any movie buff!  So mark your calendars, grab your movie date, and great ready to head to your local theater to keep cool during some of the summer’s hottest days.

To kick off your summer, you can now see the long awaited DC superhero movie, Wonder Woman. The movie follows Diana, an Amazon Princess warrior and the daughter of the Amazon queen Hippolyta, who discovers her powers and true destiny. You will definitely need to mentally prepare yourself because the action scenes might just blow your mind! Especially because Wonder Women is ready to go toe to toe with unknown villains in order to fight the war of all wars, World War 1! But if action isn’t your thing, then maybe comedy is! There is no better comedy out in theaters at the moment than Captain Underpants: The First Epic Movie. Get ready laugh while you watch two best friends take on a super villain based upon the beloved children’s book series, Captain Underpants. Captain Underpants: The First Epic Movie, is a super funny movie that is great to watch with the whole family. You’ll find yourself laughing along as these two best friends pranksters, turn into superheroes and battle their super-villain Principle in order to save their school.

Before I go any further, let’s take back a walk back down memory lane. Who remembers the first Mummy movie? You know, the 1999 flick staring Brendan Frasier. Well the franchise is back with a vengeance and their newest film, The Mummy, Tom Cruise fights to get rid of a curse that has been brought upon him by an Egyptian Princess who has been mummified alive and buried due to her evil intentions.

These movies are now all out in theaters and I recommend them all as must sees, but don’t forget that there are many more great movies to watch this summer. Weather you are a Bumblebee fan or Mark Wahlberg fan, Transformers: The Last Knight, will be out this June 21. So make sure you get a chance to watch the human race take on the fight for survival against Transformers without Optimums Prime to save the world. Or if you prefer more web-slinging to robot crushing, then Spider-Man Homecoming will be out on July 7, 2017! Follow Peter Parker as he tries to return to a normal life after he just joined up with his heroes in Captain America: Civil War.

What’s the last movie you’ve seen in theaters? Do you have any plans to see the summer blockbusters I’ve mentioned? Or what movies are you looking forward to this summer?

About the Author
I have been with VZW for the past 5 years and loving every moment. I spent 2 years working with our Social Media Team and now have the privilege to work with the Community.
Labels
Shop
Top Device Brands
Support
About Verizon
Most Popular
Top Accessory Brands
Important Consumer Information
Follow Verizon
facebook-official twitter you-tube instagram
Follow Verizon Fios
facebook-official twitter