Will The Chicago Cubs Get Another World Series Win?

Take me out to the ball game! 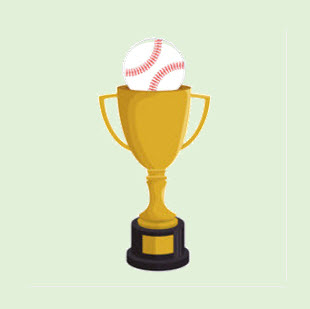 Baseball season has finally arrived, and here in Chicago, we have been waiting for this moment to arrive since The Chicago Cubs won the World Series last year. Before we had that monumental win, our city waited a 108 years for the Chicago Cubs to win the World Series! Despite the odds, we are anticipating that they will win another one this season!

On November 2, 2016, every Chicagoan, baseball fanatic or not, can tell you exactly what they were doing the night the Chicago Cubs won the 2016 World Series. Unless of course, they don’t own a TV, a cell phone, or live under a rock. I remember hanging out with great friends at a local watering hole near Wrigley Field and watching the game, which was super intense and the rain delay didn’t help much. (Although some will say the rain delay definitely helped us win.) The game was tied 6-6 in the ninth inning. Rizzo and Russell came in strong in the tenth inning scoring 2 runs and taking us out of the tie. Once the Cleveland Indians were at bat and the last out was called, almost everyone inside the establishment where I was, walked out onto the streets and headed towards Wrigley Field. It was such an incredible sight to see as people came pouring out of restaurant, bars, stores, and their homes to join in on the victory! It was as if the city itself was celebrating! We had finally won!!

This past weekend, May 6 and 7, the Chicago Cubs did get swept by the New York Yankees but they also played the longest game in Cub’s history, with 18 innings! But a true northsider will still proclaim the Cubs are the best and we are going to win again this year. I look forward to watching my home team win many more games and I know, I can't wait to attend more baseball games this year!

Which team do you root for? Is it your home team? Share with us some of your memorable ball park experience.

About the Author
I have been with VZW for the past 5 years and loving every moment. I spent 2 years working with our Social Media Team and now have the privilege to work with the Community.
Labels
Shop
Top Device Brands
Support
About Verizon
Most Popular
Top Accessory Brands
Important Consumer Information
Follow Verizon
Follow Verizon Fios
© 2022 Verizon