Mobile solutions
Home solutions
Have a phone you love? Get up to $500 when you bring your phone.
$500 via Verizon e-gift card (sent w/in 8 wks). Activation of 4G LTE/5G phone on 5G Get More plan req’d. Device must remain active for 45 days. $500 charge back if service cancelled w/in 12 mos or eligibility req’s are no longer met. See vzw.com/bring-your-own-device for details.
Help
Sign in
Turn on suggestions
Auto-suggest helps you quickly narrow down your search results by suggesting possible matches as you type.
Showing results for
Search instead for
Did you mean:
More Options
Correct Answer!
DROID RAZR "Red Ring"

Has anyone else seen the "red ring" flash around the edge of their phone screen? It happens every now and then, but doesn't really cause anything dramatic to happen. My phone is super slow with everything. It takes ~30 seconds to pull up any app and the data connection is way slow even with fully loaded 4G. This is a screengrab of what the red ring looks like...really freaked me out the first time I saw it. Thanks! 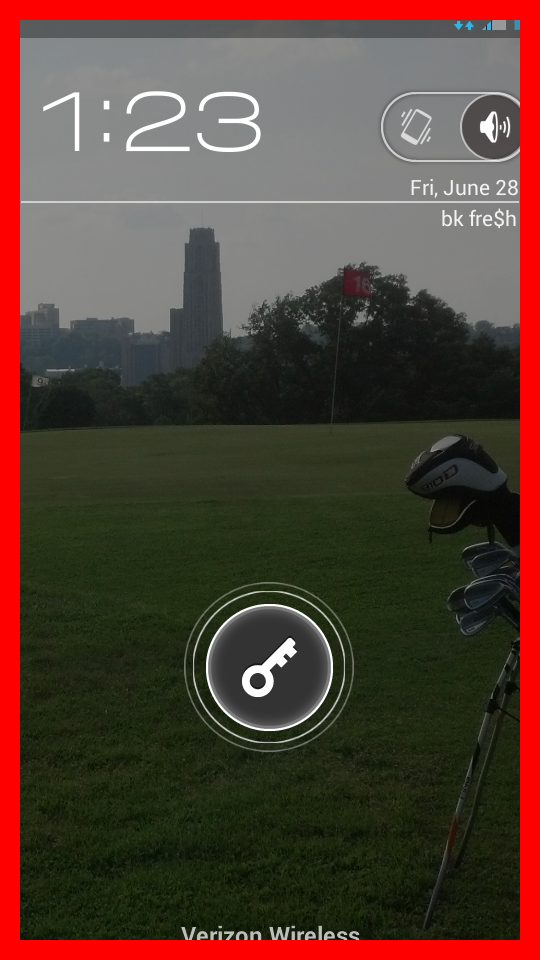 Go to Settings > Developer Options and see if anything is checked.  If so uncheck them.

nah, Developer Options are turned off and everything is unchecked.

Here's a Cool Dev. feature i found that ones can Use.. It is the (Show Layout Bounds) in the Drawing Section.. I'm still trying to figure out the Strict Mode Dev. i'll post back when i find or figure it out..

Bobbie the Red Ring you mentioned in your post I seen it on my Maxx when i was powering it down it stems from when you use an App Like ( Scanner Radio , Winamp , Slacker, Pandora.. One that has been in Use for several hours and then you Stop.. I shut down my Maxx a Second time and the Ring appeared again). But before the third attempt i unchecked the feature turned off my Maxx it re-appeared again), But instead of just restarting my Maxx i done a off power cycle You do this in same manner as you would do with phone on) Doing that cleared the Red ring for me on my Maxx..

Wow, having to see this red ring can definitely catch you off guard but I'm happy it not causing any major issues bobby_kang. Do you have any display or screen saver apps downloaded to your phone? If so, try temporarily removing them. Also, if you have any problematic apps, please try removing them as they may cause functionality issues with the phone. If your phone is running slow, try clearing the cache and browser history. YOu an also clear out any old & long text/pic threads you have. If you continue to have issues, you can perform a hard reset. Please keep us posted.