Mobile solutions
Home solutions
Have a phone you love? Get up to $500 when you bring your phone.
$500 via Verizon e-gift card (sent w/in 8 wks). Activation of 4G LTE/5G phone on 5G Get More plan req’d. Device must remain active for 45 days. $500 charge back if service cancelled w/in 12 mos or eligibility req’s are no longer met. See vzw.com/bring-your-own-device for details.
end of navigation menu
Help
Sign in
Turn on suggestions
Auto-suggest helps you quickly narrow down your search results by suggesting possible matches as you type.
Showing results for
Search instead for
Did you mean:
More Options
Correct Answer! Jump to solution.
Droid Turbo Network Time Changes Randomly

I have seen a similar question on the forum but it was never answered so I'm asking again. As of last night (1 June 2015) my time on my Droid Turbo randomly changes.  Usually it is 5 hours ahead. When i receive messages and emails it logs them as received at the correct time, not the time on my phone. I have not installed any new apps recently (in the last few weeks or so). I have tried the following steps:

Turning the phone off, on again: This fixed the issue but then the issue came back within 10 minutes.

Selecting a specific time zone: This does not change the time, and not using network provided time defeats the purposes of the phone.

Turning airplane mode on / off: This fixes the issue but then it reverts back to the incorrect time within 10 minutes.

Performed a wipe cache partition: This fixes the issue for about 30 minutes before the phone reverts back to the wrong time.

The only other thing i can think of is a factory reset but im trying to avoid that due to the extra hassel and based on what i have read that option has not worked for anyone.

Doing that system cache wiped out conflicting data from unspecified apps and a restart solidified that.

I appreciate all the troubleshooting you have done so far kubiakco! Does this happen with any other phone in the household? Have you tried removing the SIM http://spr.ly/6588h5NY card for 3 minutes and retrying? Also put the phone on safe mode http://spr.ly/6580h5Nm and see if it will change the time.

AmberF_VZW Follow us on Twitter @VZWSupport If my response answered your question please click the �Correct Answer� button under my response. This ensures others can benefit from our conversation. Thanks in advance for your help with this!!

There are no other phones in the house for me to test this with.

There is no SIM card access on the Droid Turbo 64GB. The only external features are volume control, power control, charging port and Audio jack.

The problem does not persist in safe mode and no indicators of anything going wrong are given however this issue seems to appear between 10 minutes and 1 hour of when i re-boot the phone so it may just be masked for now. I have not installed any apps recently  so they should not be affecting it.

How to remove Turbo SIM. 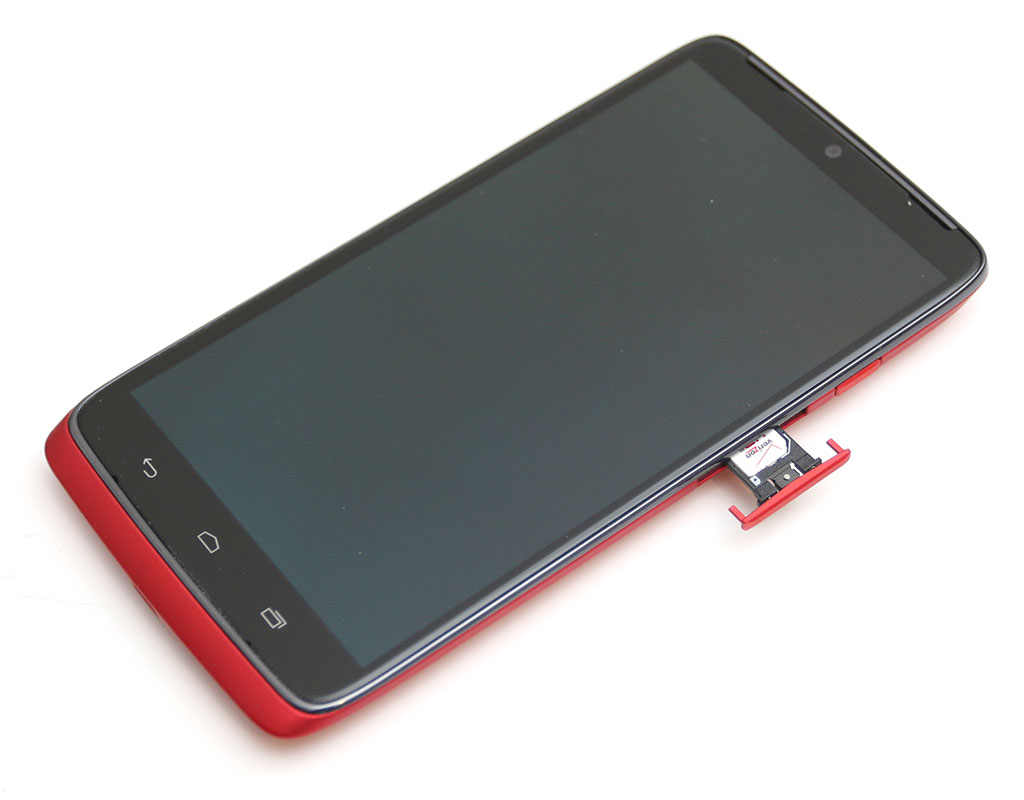 Well i guess i learned something today, very sneeky how they hid the SIM card in there, i figured the tutorial was 1 size fits all and though the SIM card was internally imbedded, thanks for that.

Unfortunately after shutting off the phone, removing and re-inserting the SIM card, then re-booting the phone the issue did return so i guess thats not the fix.

I appreciate the troubleshooting you have done so far kubiakco! I would like you to keep the phone on safe mode for a few hours to see if the issue reoccurs. You will still be able to make calls and browse the web. I want to make sure it is not a 3rd party application that is causing the issue. Keep us posted.

AmberF_VZW Follow us on Twitter @VZWSupport If my response answered your question please click the �Correct Answer� button under my response. This ensures others can benefit from our conversation. Thanks in advance for your help with this!!

I have also referenced other forms regarding this issue and it seems no one has had a successfull resolution where they made a change and the issue did not happen again. If there is no additional troubleshooting steps i can try i would at least like to know a next step if the issue occurs again.

Doing that system cache wiped out conflicting data from unspecified apps and a restart solidified that.

Why would a second restart "solidify" anything? After clearing the cache i had to re boot the phone and after that restart the issue still presented itself. Restarting in safe mode and subsequently restarting in normal mode did not see the issue re present itself but between having the issue and the restarts for safe mode no changes were made for the phone. I dont see how multiple restarts would make a difference.

I was just going on this: