Mobile solutions
Home solutions
Have a phone you love? Get up to $500 when you bring your phone.
$500 via Verizon e-gift card (sent w/in 8 wks). Activation of 4G LTE/5G phone on 5G Get More plan req’d. Device must remain active for 45 days. $500 charge back if service cancelled w/in 12 mos or eligibility req’s are no longer met. See vzw.com/bring-your-own-device for details.
end of navigation menu
Help
Sign in
Turn on suggestions
Auto-suggest helps you quickly narrow down your search results by suggesting possible matches as you type.
Showing results for
Search instead for
Did you mean:
More Options
Correct Answer!
Phone data usage not matching verizon usage

Since having my droid turbo, my data usage in my setting has not been matching my usage on my verizon account and another line on my account is having the same issue, right now my phone says that i have used 0.56GB and verizon says i have used 1.03 which is a pretty big difference, the other line on my account that is having the same issue says he has used 0.69 verizon says he has used 2.421 which is a huge difference, i checked the wifi usage for both phones and it seems that the top the data app under wifi usage seem to be making up the difference between the usage in settings and the usage on verizon. I have also seen people online talking about this similar issue which seems to be caused by the phone using mobile data while connected to wifi.  I have been with verizon for over 2 yrs and this is the first phone i have noticed this issue with.  I have also attached screen shots from my phone to prove this issue.  Any help with this problem would be appreciated. 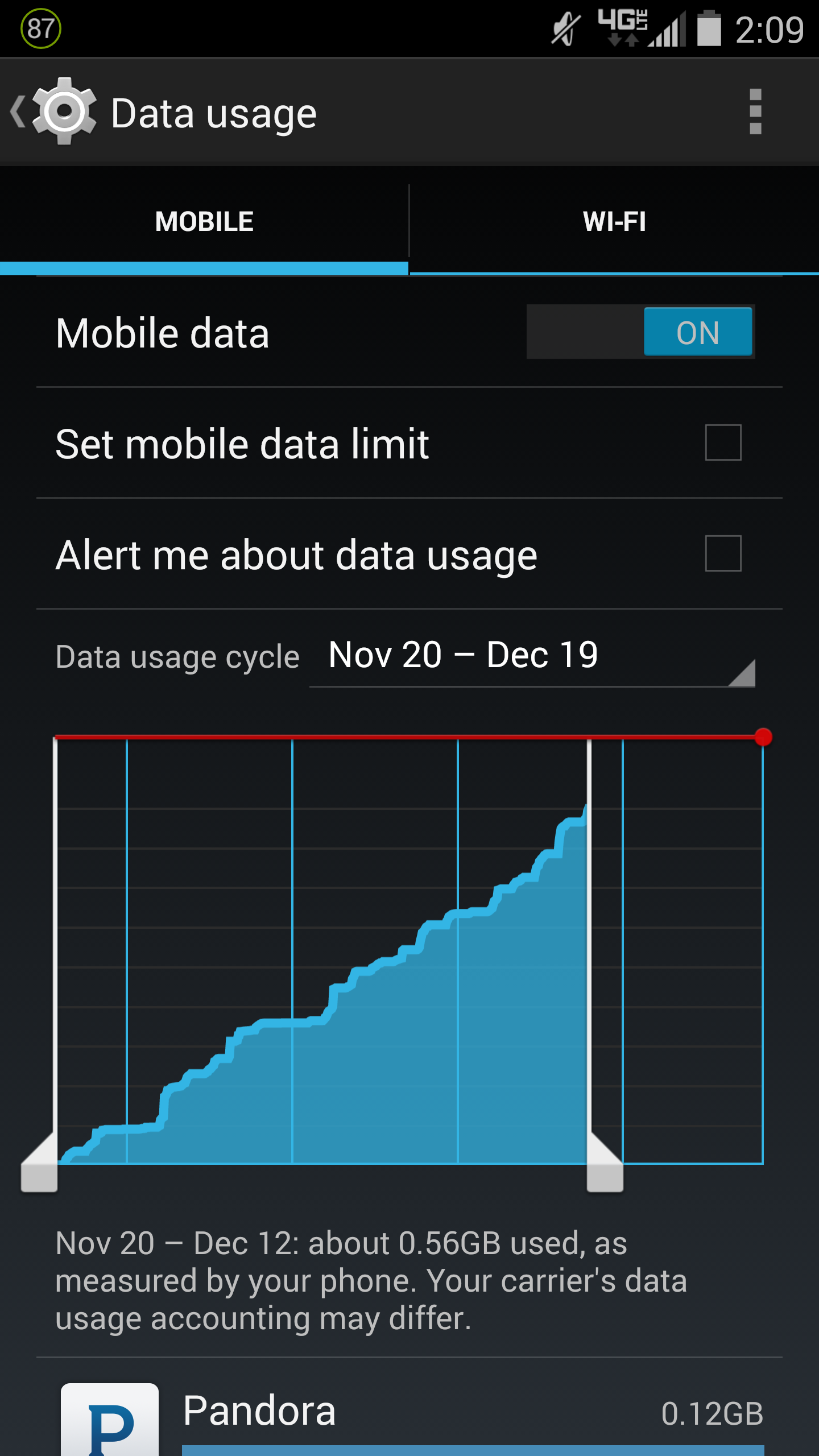