Mobile solutions
Home solutions
Have a phone you love? Get up to $500 when you bring your phone.
$500 via Verizon e-gift card (sent w/in 8 wks). Activation of 4G LTE/5G phone on 5G Get More plan req’d. Device must remain active for 45 days. $500 charge back if service cancelled w/in 12 mos or eligibility req’s are no longer met. See vzw.com/bring-your-own-device for details.
Help
Sign in
Turn on suggestions
Auto-suggest helps you quickly narrow down your search results by suggesting possible matches as you type.
Showing results for
Search instead for
Did you mean:
More Options
Correct Answer!
Battery life on Moto Z force Driod

Since my phone did the update a few weeks ago, the battery life sucks!

Starting @ 6am, I used to be able to play Pandora all day on my phone, text and fb messenger, look through emails etc and it still be at 20% by the end of my work day @ 5pm and 18% when i get home at like 6pm.  Today is a prime example, not texting at all on the phone, no music, checked my email on lunch then shut it off...... it went from 100% @ 6am to 9% at 2pm....  i had to shut my phone off just to hopefully keep some energy till iget home. i turned it on briefly and it went from 9% to 6% in the blink of an eye.......THAT FRIKKEN HORRIBLE. I have always loved driods but lately they've been getting worse and worse. Honestly once my device is paid off, im listening to my BF and getting an Iphone.

Labels (1)
Labels
1 person had this problem.
I have the same question
1 Like
Reply
8 Replies
Correct Answer!
Re: Battery life on Moto Z force Driod

Pinkkitty91, making sure your device has a reliable battery is important. We want you to continue to love the device you have. Allow us the opportunity to further investigate the details of your concern. Can you please let us know if you are still utilizing the original charger that came with your device? Also, is there any physical or liquid damage to your device https://vz.to/2KtpCEU? Please proceed to run a device health check http://vz.to/2qgP5Vg and correct any indicators that provide you a red or yellow exclamation mark.

Once those items have been corrected please charge your device until the battery is at 100%. From this point, please restart your device in Safe mode http://vz.to/2yBvx11. While your device is in safe mode this will place your device in a diagnostic state (returned to default settings) so that we are able to determine is if a third-party app is causing your device battery to drain. Please leave your device in safe-mode for 48 hours. Please monitor the battery and keep us updated on the progress

Sylvia_VZW
Follow us on TWITTER @VZWSupport
If my response answered your question please click the _Correct Answer_ button under my response. This ensures others can benefit from our conversation. Thanks in advance for your help with this!!

The Moto Z Force battery life diminished with the Nougat 7.1.1 update but crashed recently with the Oreo 8.0.0 update last month (June 2018).  Even after a factory reset, the battery is unable to hold a charge for more than 3-4 hours with moderate use.  When most apps are suspended, the life can be extended to 8-10 hours but that impacts the phone's practicality.  It's unclear if all Moto Z Force units are impacted by diminished battery life with the updates, but the cause(s) seem(s) increasingly software rather than hardware related - online searches reveal no meaningful improvement, following battery replacement (which isn't easy).  At only 2600 mAH, the battery was already under-powered for the phone's size, but I could get 18 hours out of it (moderate use) when the phone ran Nougat 7.0.  Those days have long since past, and now, it's get used to the "new normal."

Updates are always meant to bring improvements to your device. I am disappointed that this would be impacting your phone in such a manner. Please go to the Battery Manager. Click here for instructions: http://spr.ly/6589DoBjL. What shows that is consuming so much battery power? Have you tried charging the device using another charger?

Alberto_VZW
Follow us on TWITTER @VZWSupport
If my response answered your question please click the _Correct Answer_ button under my response. This ensures others can benefit from our conversation. Thanks in advance for your help with this!!

Thank you for the reply, Alberto_VZW.  Unfortunately, review of the Battery Manager, as well outputs from other third-party apps like Ampere and AccuBattery, do identify higher draining apps, but suspension or even removal of the "offenders" fails to correct the excessive battery drain.  As a practical matter, removing apps to extend a phone's usability is an admission of the unit's failure.

For reference, I've included a screenshot which flags apps as the highest drain over a 2-3 hour period (note the rapid battery discharge).  More importantly, though, is "Capacitance Cliff," which manifests following an intentional (or not) phone restart.  The decrease isn't real in the sense the battery discharged those mAH in a matter of seconds; rather, the system is misreading the remaining storage and/or output to conclude a

This implies a software issue; whether it's an Android OS or Verizon Wireless (or combination of both) remains the unknown. But given the multitude lines of code to search with either set and industry turnover rates for smartphones and percent of units manifesting the battery drain, I suspect both Motorola and Verizon Wireless have concluded it's best to address the issue with standard battery performance responses (e.g., check the Battery Manager or replace the charger), instead of actually troubleshooting the issue.  Eventually, the impacted units will drop off the radar through early replacement by the user or attrition - it's a simple accounting exercise. 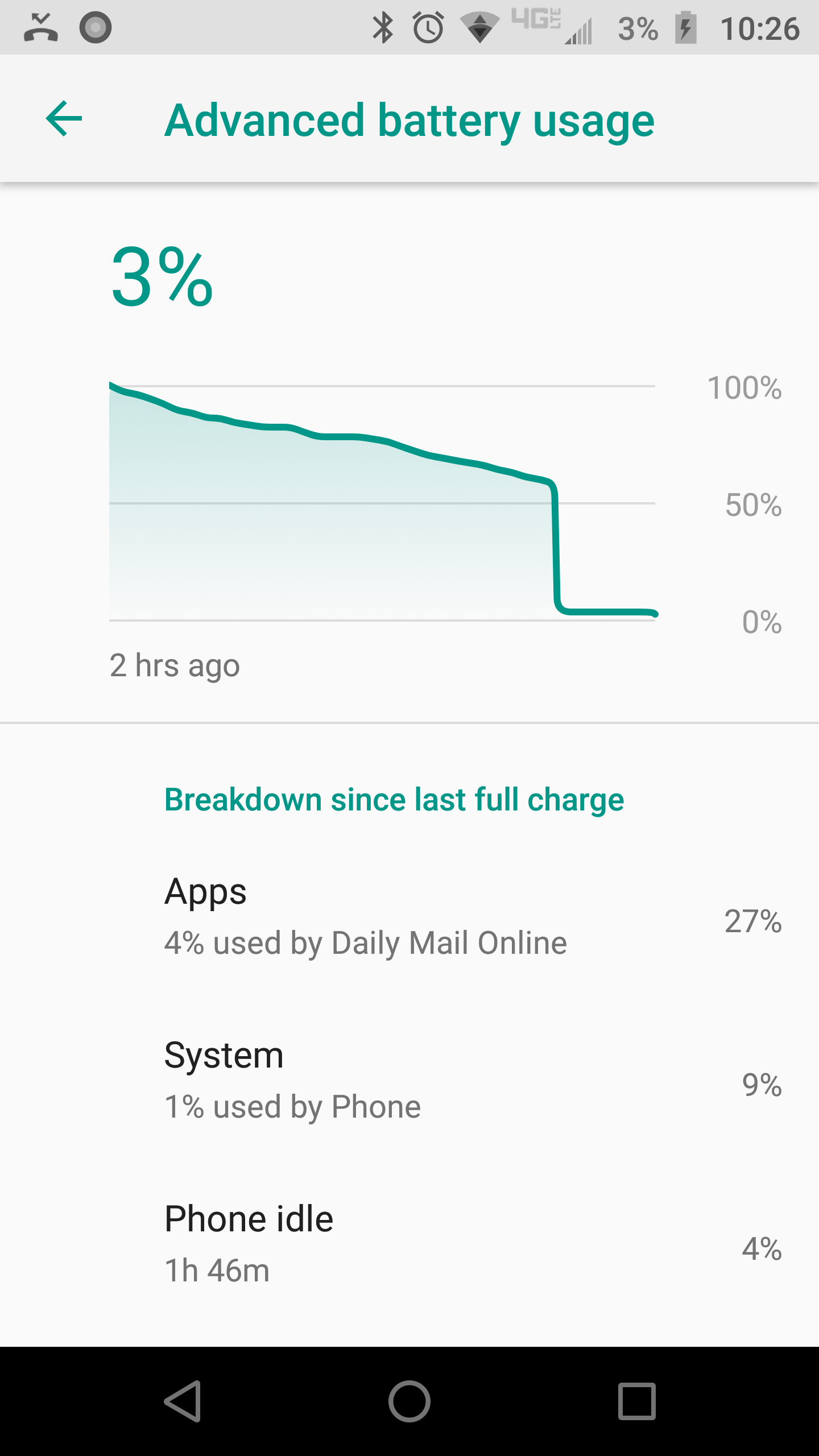 UPDATE:  I've run AccuBattery for several days and 19 separate charge cycles.  The constant quick discharge and rapid recharge (with the TurboCharger) is impacting the battery physically.  Essentially, this cycling is diminishing prematurely the battery's capacity to hold a charge over time.

Although all batteries become less efficient over time, the accelerated rates on the Moto Z Force are prematurely shortening the overall battery life expectancy.  I've attached an image of AccuBattery's assessment of the unit's battery - it operates at only 45% (1162 mHA) of the designed capacity of 2600 mAH (this partially explains why the unit will only last 3-4 hours on a charge). I purchased the unit in February 2017 - 17 months ago.  This assessment reflects a likely failure of the battery within 24 months of purchase.  Not good. 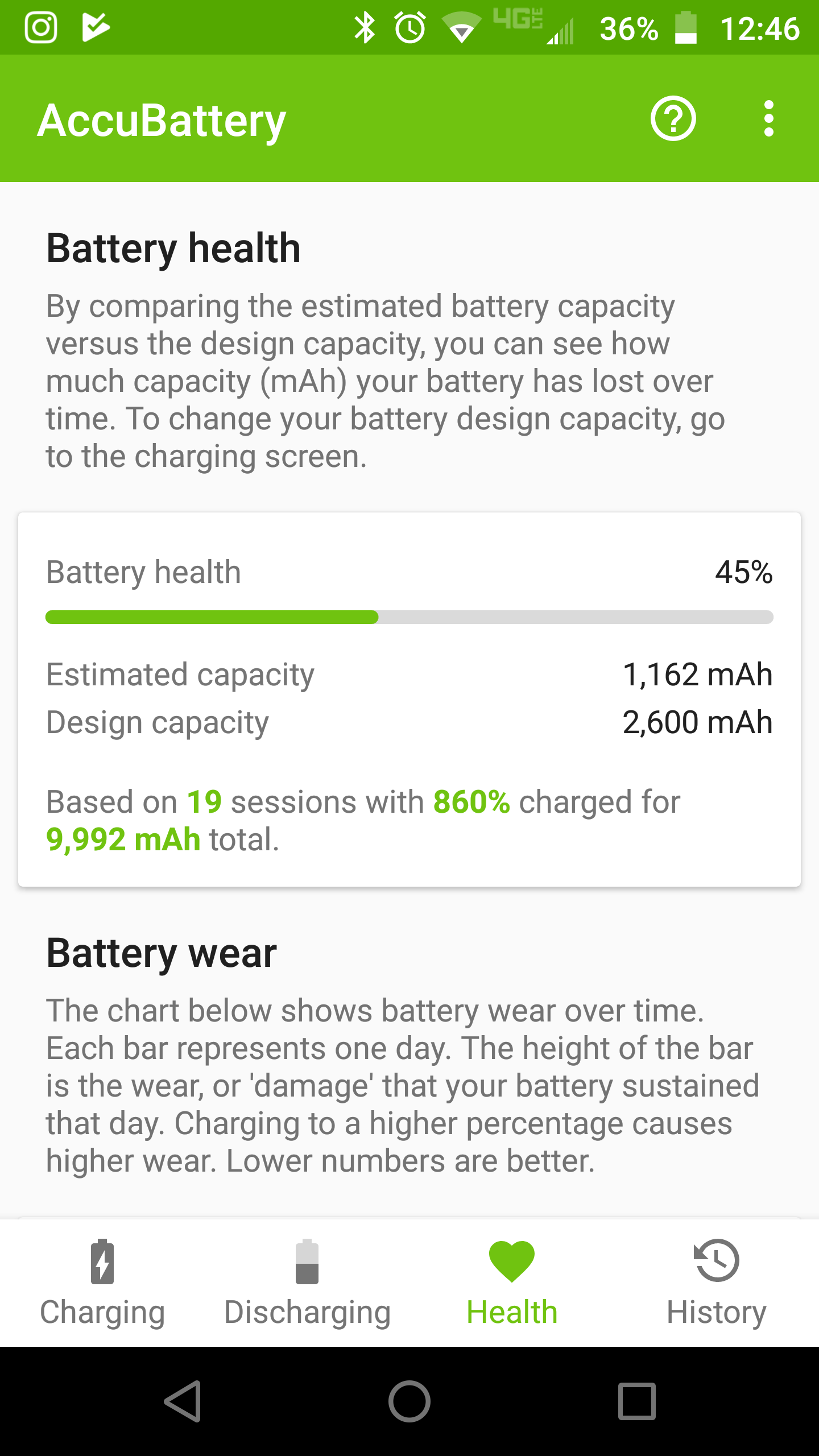 We certainly want all our customers to have a phone with a properly working battery. We do want to help in any way we can.

It is very common for most batteries to be software controlled, since most have an embedded chip from the manufacturer to help allow monitoring of the battery from the OS. A Factory Data Reset can reset the battery to the factory standards. Have you tried a factory reset after backing up your personal information?

Steven_VZW
Follow us on TWITTER @VZWSupport
If my response answered your question please click the _Correct Answer_ button under my response. This ensures others can benefit from our conversation. Thanks in advance for your help with this!!

UPDATE and RESOLVED: Yes, I indicated in the July 2, 2018 comment that a factory reset (two actually) did not resolve the issue.  However, I did resolve the battery life issue via use of the extended warranty I had on the phone.  I've had the replacement (refurbished Moto Z Droid) unit for a week now, using the Oreo 8.0.0 update, and the battery life is MUCH improved (see image below).  Unfortunately, not all users experiencing the battery drain can take advantage of the replacement - unless the unit remains under warranty. 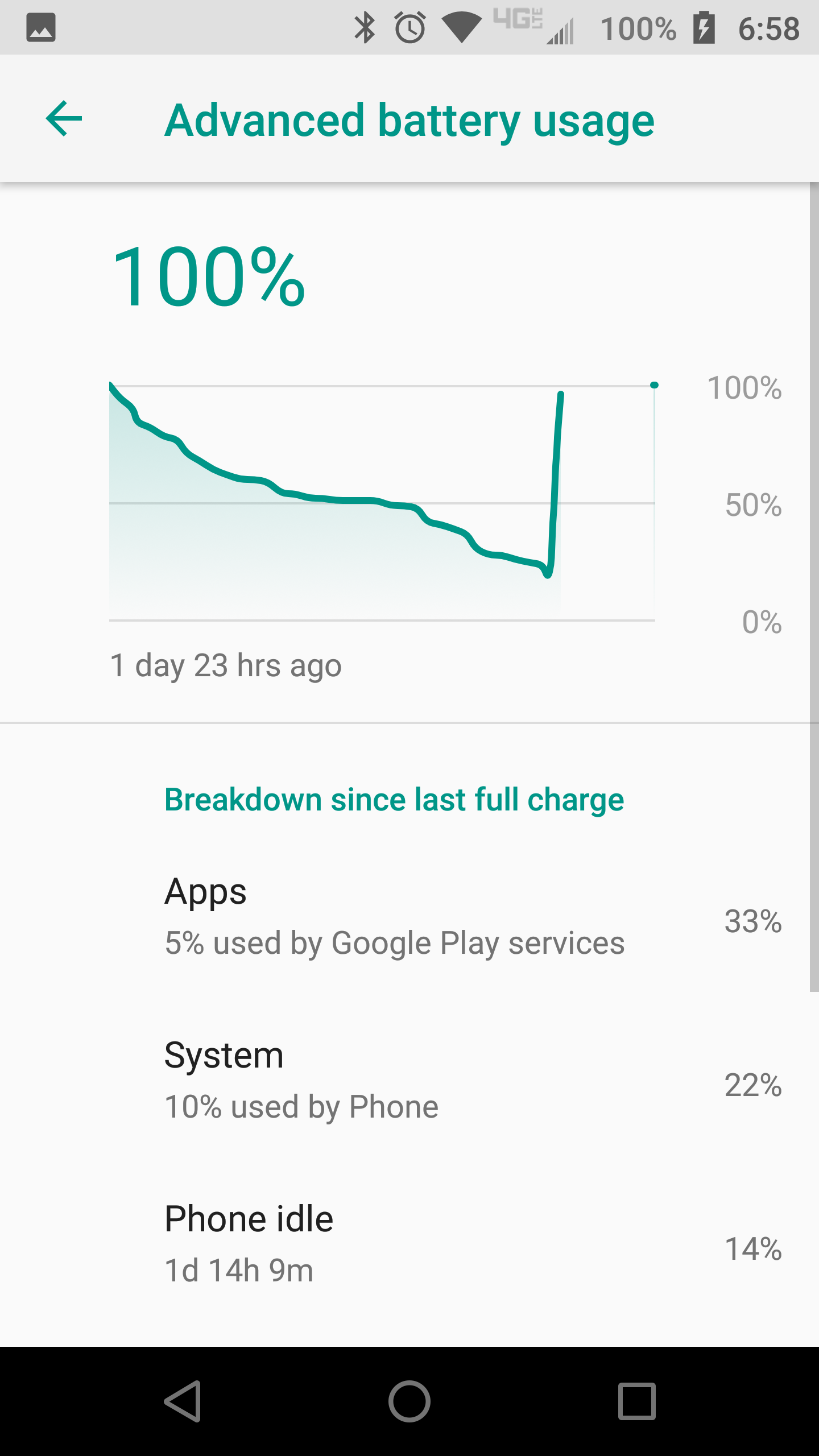 Mine also. It's all over the internet.  They have destroyed a great phone and won't admit it.  If you have updated above Version 7 and especially to 8.0 there is no fix available yet and Lenovo won't admit there's a problem.

Just admit it and tell us your working on it or roll us back to v7.