Mobile solutions
Home solutions
Get up to $500 when you bring the phone you love. OR get iPhone 13, on us. Online only. With Select 5G Unlimited plans. Ends 1.31. Buy now

end of navigation menu
Ask a question
Sign in
Sign in
Turn on suggestions
Auto-suggest helps you quickly narrow down your search results by suggesting possible matches as you type.
Showing results for
Search instead for
Did you mean:
Show all
1,125 Members online 254K Discussions 42.2K Solutions
More Options
Correct answers are available for this post.
Fake Battery death

I'm having a bizzare issue (that, ironically I traded in my Galaxy S3 because it was happening) where my battery suddenly "dies" at anywhere between 1 and 60% battery. The phone just shuts off without warning, and will not turn on until plugged in. When plugged in in greets me with a smug battery that shows empty with a lightning bolt in the middle (To say it's charging, I guess?) and then suddenly it pops back to whatever the percentage was when it shut off. Sometimes it does it off the charger, usually while running Spotify. Most often it does it ON The charger (Turbo charger or not).

The curious thing is, when i look at the battery log...I see the following. 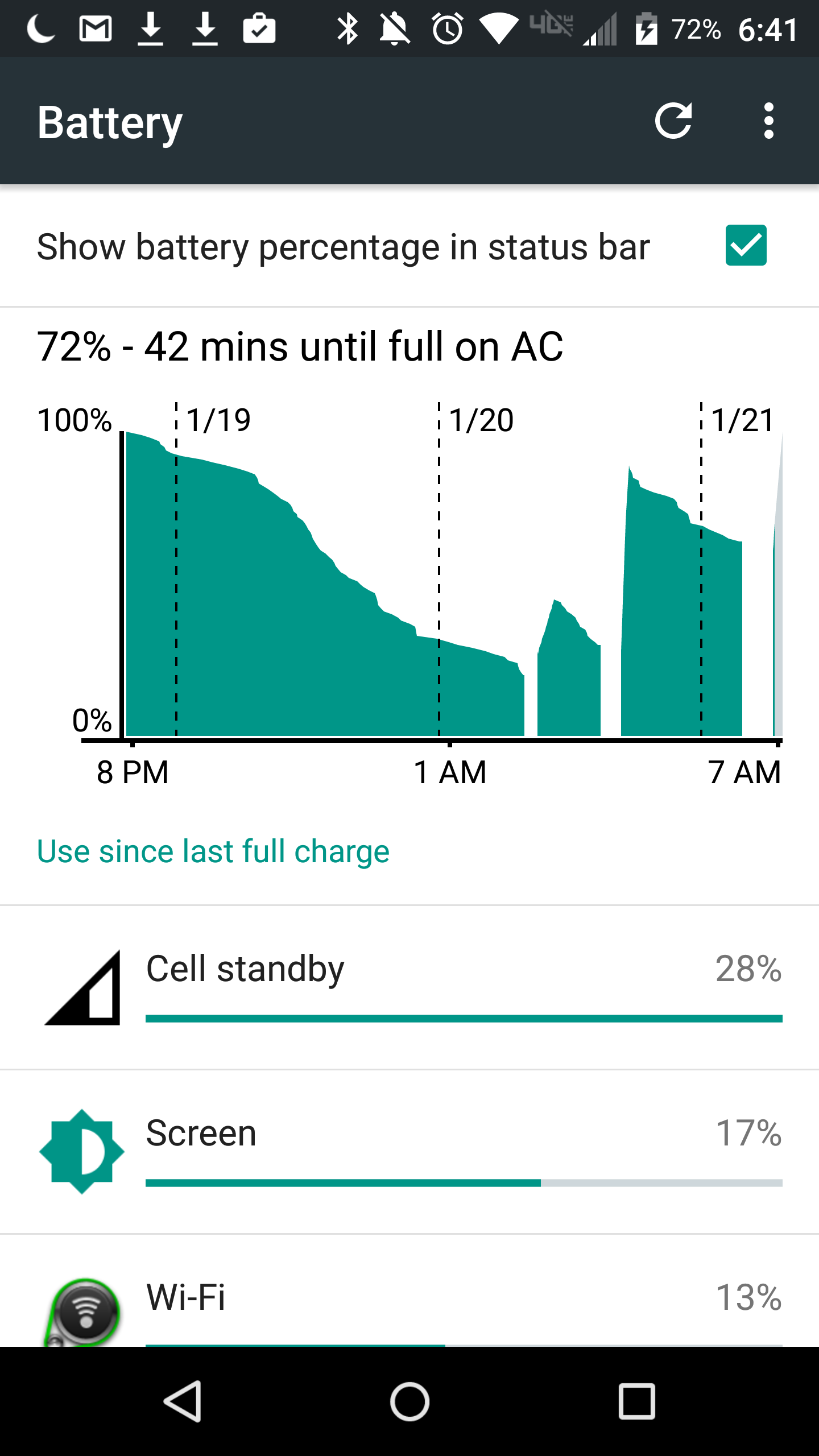 Those large chunks missing in my battery? Yeah those are the sudden deaths.

Labels (2)
Labels
Tags (4)
I have the same question
0 Likes
Reply
2 Replies
Correct answers are available for this post.
Re: Fake Battery death

Did you restore all the same applications you had installed on the S3 to the Droid Turbo? I wonder if an application is causing the shutdowns. Try running the phone is safe mode for a day or two to eliminate any conflicts with a third party application.

0 Likes
Reply
Correct answers are available for this post.
Re: Fake Battery death

I did not move any applications over from one device to the other. In fact I opted to not put a lot of the ones I had on the S3 on my Turbo2, for the sake of clean operating. When the problem started I removed recent apps I had installed, but that didn't solve the issue either.

I have seen a lot of restarting issues across the forums here, and I'm wondering if anyone who has had the issue has looked at the battery log to see if it shows up as "dead"