Mobile solutions
Home solutions
Have a phone you love? Get up to $500 when you bring your phone.
$500 via Verizon e-gift card (sent w/in 8 wks). Activation of 4G LTE/5G phone on 5G Get More plan req’d. Device must remain active for 45 days. $500 charge back if service cancelled w/in 12 mos or eligibility req’s are no longer met. See vzw.com/bring-your-own-device for details.
end of navigation menu
Help
Sign in
Turn on suggestions
Auto-suggest helps you quickly narrow down your search results by suggesting possible matches as you type.
Showing results for
Search instead for
Did you mean:
More Options
Correct Answer!
Can't remove Disney Plus

I used to be on an unlimited plan and signed up for the free Disney+ offer.  In June I downgraded my plan to the 5gb plan and tried to remove Disney+. At the time, there was no way to remove Disney+ from my account. Under Add-ons, there was no option to remove it. Verizon was so eager to make a way for people to sign-up for it, they forgot to give people a way to remove it. I ignorantly assumed it would fall off once I downgraded my account.

July:  I notice it's still on my account.  So I contact support to do something on their end.  Support tried to get me to remove it through the add-ons section of my account and were apparently surprised when I wasn't able to remove it from there.  So they said they would manually remove it on their end.

August: It showed up on my bill again.  This time I do an online chat with support so hopefully there's a copy of the chat for the future. (if not, I screenshot it)  Same discussion.  They wanted me to remove it from my add-ons. That wasn't possible.  They said they removed it. Credited the account.  ... Going into my account at the end of the month, I notice it's still listed on my add-ons.  But this time, there's an option to remove it.  So I do.

September: It's on my bill again.  I start a chat.  Rehash literally the exact same conversation.  They credit my account and say it won't happen again.

October: I got my bill today.  And Disney+ is on the bill.  Again.  Chat. Rinse. Repeat.

I'm SO tired of having to deal with this every month.  Disney+ is NOT a current add-on on my account but it's still being charged to my account every month.  If I go to Disney plus website to try to cancel, they tell me to manage my account through Verizon.

So, what gives?  Why is this so hard to fix?  I'm assuming this will be on my bill again in November.  But I wanted to post something here in case anyone else is having the same issue.

41 people had this problem.
I have the same question
9 Likes
98 Replies
Correct Answer!
Re: Can't remove Disney Plus

I think Verizon support has some major issues.  The private messages they've been sending me have literally been asking me to do things I've already said I've done in this post.  Namely:

1. "Cancel the subscription from your add-ons."  IT'S BEEN CANCELED FOR MONTHS.  (see screenshot.) There's nothing to cancel/remove.  It's not in my add-ons.  (so please stop sending me the link with instructions on how to do that.) 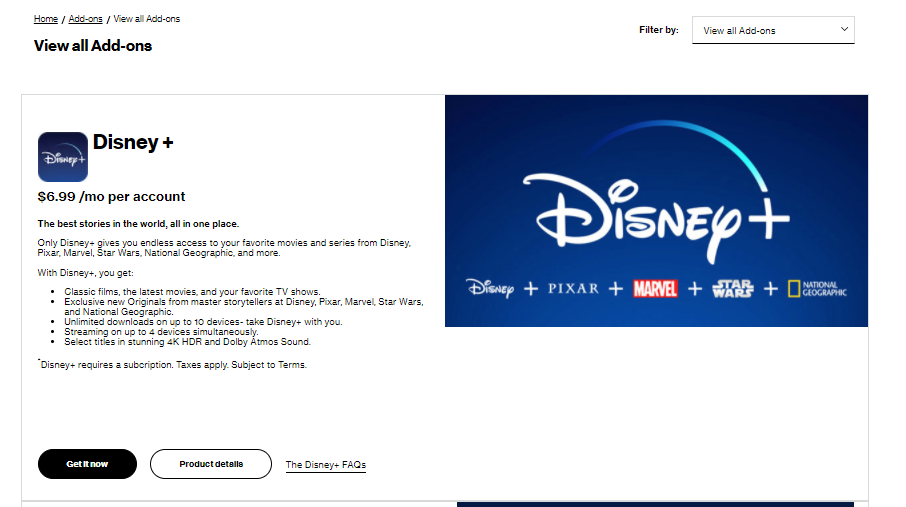 2. "Go to Disney to cancel."  Also, been there done that.  Here's the screenshot from my my Disney account. It tells me to go back to Verizon to manage my subscription.  The link just brings me to the Verizon homepage. 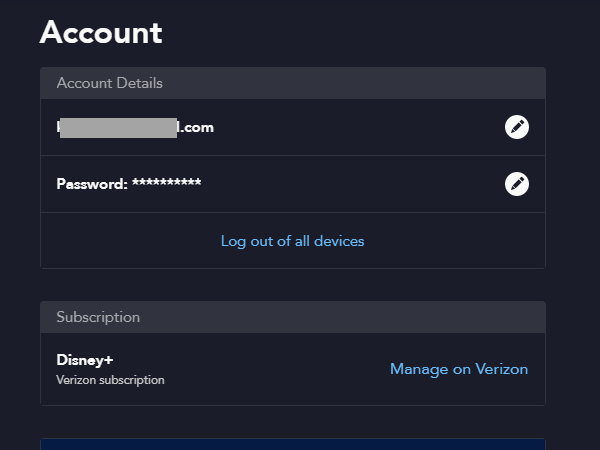 If they come up with an answer in my private messages, I'll let you know.

I'm having the same problem for two months already and every time i call i have to explain everithing again an they tell me to do the same, im getting tired of this, i am thinking of cancel my account, worse customer service ever, they just don't know what to do

I call Disney and they can not do anything since the subscription is thought verizon, I have like 3 different open tickets and they said we are going to call you in a couple days but thay never do it, garbage

We certainly want to help and don't want to lose you as a customer. We have made it easy to cancel your subscription via My Verizon. Please follow the steps in the link below. Keep us posted:

So I got this text from Verizon also informing me that my subscription is almost finished and we don't watch Disney anymore. So I went to cancel it and I can't as well.

When I follow your knowledge base tutorial, I don't see manage, I see "Get It Now" and not "Manage add-on" like it shows in your KB article.
https://www.verizon.com/support/knowledge-base-228795/

Fix this please! I still have some time but I'm pretty sure I'll be in the same boat as the rest of the users here if this doesn't get resolved.

We know how important it is to be able to manage your Disney+ subscription. Are you signing in through the Account Owner's online account? What web browser are you using to access our website with?

I am the owner, signed into my account (the only account). Tried in Google and Safari, also tried in guest mode to make sure browser cache wasn't an issue.

I'm on the phone now with Christina from Verizon Care. They said that they see that I will get charged next month, and that it shows up but they don't understand why I can't do it on my end. I walked through the same steps with the KB article above said with them on the phone and still showed on my end that I'm not on Disney+.

The rep said she can't do anything from her end...I'm on hold...hopefully she is getting a manager.

Christina said that the off-shore advisors said that the upcoming bills are typically wrong and that I shouldn't  be subscribed to Disney since it's not showing up on my account. Yet I'm still able to log into my Disney+ account.

Sounds very similar to the above issues.

I'm asking Christina to speak with a supervisor.