Mobile solutions
Home solutions
Have a phone you love? Get up to $500 when you bring your phone.
$500 via Verizon e-gift card (sent w/in 8 wks). Activation of 4G LTE/5G phone on One Unlimited for iPhone (all lines on account req'd on plan), 5G Do More, 5G Play More or 5G Get More plans req'd. Device must remain active for 45 days. $500 charge back if service cancelled w/in 12 mos or eligibility req's are no longer met. See vzw.com/bring-your-own-device for details.
end of navigation menu
Help
Sign in
Turn on suggestions
Auto-suggest helps you quickly narrow down your search results by suggesting possible matches as you type.
Showing results for
Search instead for
Did you mean:
More Options
Correct Answer!
Customer service meltdown 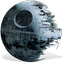 Has Verizon customer service degraded significantly over the past few weeks??. Understood they may be staffing at reduced levels, also understood that they may have service rep teleworking (judging from the sounds of dogs and other things in the background).  But, wow, things seem to have hit a new low:  Was trying to replace dying smartphone devices on 2 of our 5 lines.  And things went downhill from there.

- After 30 mins on phone hold, was directed to a Verizon store to look at phone models .. the store they identified as being "open" was 30 miles away.  Nope - closed due to Covid.  Wasted one-hour round trip (during stay-at-home, no less).  CS reps also given conflicting or incorrect info on device pricing, promos, etc.  They just simply did not know Verizon's own info.

- tried using chat, but kept getting stuck in queue for up to 15 minutes at a stretch, with reps passing me from rep to rep (each time with a 15 minute queue).  I called foul on that.

- chat on PC at least worked.  Chat via the smartphone digital assistant (on the one phone that still works) never connected with a live agent.  Just sat there waiting until it timed out, then then had to start over again.

- finally ordered the phone, but they messed up the shipping despite assurances.  So I ended up picking up two pre-paid "burner" phones from another carrier (at my expense) to tide us over until the replacement phones arrive (if/when they do).

Then tried to contact support again today, when the system insisted that I was in collections (and a human rep verified I was not - zero balance due - and was stumped why that happened.

Chatted with a final rep today - he was "sympathetic" is a non-committal way, but could offer no resolution to the customer service meltdown.

Here is where we are at the end of the saga:

- two more suspended, so we can port them to another carrier after we are done with our prepaid phones

- last line will be ported to another carrier, after we pay the device off early.

I hope Verizon actually reads this and steps up to help other customers before they get driven off as well.  There was zero customer service, and zero attempt at customer retention.  I guess the philosophy here is that once VZ burns a customer that bad, its best just to let them go?

Just to clarify the chat queue, I was passed from rep to rep 4 times, each time with a 15 minute wait ... that means I was stuck in chat limbo for an HOUR waiting for different reps - one who simply disconnected, the other three transferred me to "customer service" - but ended up just passing me to another sales rep who then transferred me again.

Verizon - you have a problem.

I'll just keep this as a running blog of the ongoing issues.  I tried one last time to reach out to Verizon to try some kind of resolution.  As of now, two of the five lines are cancelled, two more are suspended and will be ported to AT&T on Monday.

3:35 pm - called customer service - sales rep first tried just to upsell me, and then realized it was a retention problem - put me on hold for about 10 minutes, then transferred me to a Supervisor who hung up before I could say "hi".

4:10 pm (on hold for 10 min) - another support person who was just trying to sell, and then tried to transfer me to a supervisor - stuck on hold for another 15 minutes before Verizon disconnected.

4:35 Third attempt - a customer service agent who could not help and said there were no supervisors (hmmm....).

4:45 (and I am now actually inside an AT&T wireless store) - connected with a customer service rep who engaged in a long convoluted conversation, asked what I wanted Verizon to do to make things up and keep me as a customer.  I suggested a letter of apology would be nice, but the rep only wanted to ask what kind of credit I wanted.  OK, just suggest something I said.  He was instant messaging some outside support team (I guess he was teleworking), who told him there was nothing that can be done to compensate the lost time, costs, inconvenience ... After several holds, this call wrapped up at 5:56.

So, wasted another hour and a half with Verizon, on top of the 5 1/2 hours already spent getting through the Verizon sausage making machine.  Plus the hour (and gas) wasted driving to a Verizon store that wasn't actually even open.  Plus the cost of a prepaid phone for my wife while she is on travel, because VZ messed up the shipping on her device.

The whole situation is messy beyond repair.