Mobile solutions
Home solutions
Have a phone you love? Get up to $500 when you bring your phone.
$500 via Verizon e-gift card (sent w/in 8 wks). Activation of 4G LTE/5G phone on 5G Get More plan req’d. Device must remain active for 45 days. $500 charge back if service cancelled w/in 12 mos or eligibility req’s are no longer met. See vzw.com/bring-your-own-device for details.
end of navigation menu
Help
Sign in
Turn on suggestions
Auto-suggest helps you quickly narrow down your search results by suggesting possible matches as you type.
Showing results for
Search instead for
Did you mean:
More Options
Correct Answer! Jump to solution.
Re: How is my data being used when i am connected to wifi?

My husband or son don't have a cloud account. Mine is full. And, the 3 of us have our mobile data off 24/7. We only use wifi in fear of going over.

Does the data usage information found in each individual smartphone agree with what is being shown on My Verizon?

We want to make sure you are able to use data without being afraid. Data usage will differ from your device and your My Verizon as some devices count Wi-Fi usage as data usage. We would need to find out more information in order to figure out what the data spikes are. What kind of phones do you have? Are these data spikes only happening on one phone or all phones in the account?

JavierMD_VZW Follow us on TWITTER @VZWSupport If my response answered your question please click the Correct Answer button under my response. This ensures others can benefit from our conversation. Thanks in advance for your help with this!

Well, you can basically ignore whatever Verizon’s answer is. I got royally messed up by them the year before last after moving to a new city and checking which was the best provider. Reports showed that was Verizon. I went to their webpage, and entered by future zip code. That location was estimated to be “excellent”. And I went right into a Verizon store with my unlocked phone the same day I moved in.... and so it began.

Turns out the FCC was suing Verizon for falsifying their coverage maps of the country (still are far as I know). By claiming to cover areas they didn’t, smaller companies wouldn’t recieve subsidies from the gov to put up towers there. Thereby, keeping smaller companies down, making sure the consumer had fewer options, and all the while you could be sitting in the middle of a major metro area and not have a signal anywhere... not would there be. Because Verizon had been lying. And that bright red coverage map? garbage-.

And so was the case with my new home. I lost two jobs, missed my grandfathers funeral, BURNED UP 3 iphone batteries and two from the LG as the devices searched in vain for a signal, and even spent 6 months IN JAIL inevitably for not responding to phone calls I never got. Plus hundreds of hours on the phone with customer support.

It wasn’t until I called in “the squad” from where I work (us gov) to figure it out. The batteries were the result of all the phones constant overdrive to find a signal that did not exist. Signal Bars on a screen are arbitrary and not an actual reflection of service. But when we accessed the actual reception rate measured in decibels., a very different story began to appear. It was so bad, that on the governments scale of strength, it was beyond the cutoff for “non-existent and unusable”. Yet it was comical to have customer service personnel on speakerphone in the office, surrounded by telecommunication technology PhD’s how that number was “actually very good sir. I myself would be THRILLED to have such reception one day!”.

Verizon refused to replace the batteries because they didn’t “sell that phone anymore”, so claimed they didn’t have to honor the warrenty. Issue... that phone was a week old, and I was standing IN a Verizon store at the time... the lies became THAT blatant.

Then, we used the following tool: 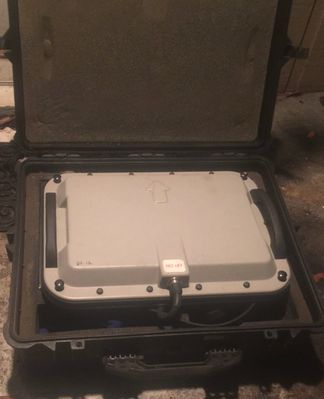 to drive the local area, take measurements, and draw up a REAL coverage map. You see, knowing a zip code can’t tell you if you have a signal. The signal isn’t broadcast and recieved in all directions from the tower. heck, most of us KNOW this, already, we’d just forgotten. On top of that tower is a dish. And that dish points in a direction. It covers a maybe 100degree arc. Anything outside of that has to be handled by another tower farther away that IS facing the right direction. And so, we drew lines for all the providers and low and behold... among plenty of others, was a lively pocket about 300yd x 180yards around my home with NOTHING. Everything missed.

And now I knew why a 10GB straight talk data plan lasted me all of an hour without using her internet, also. Because they used Verizon’s towers, TOO! - Imagine you check your email, or your phone does it automatically. To build a view of that info requires 1GB (for arguments sake) of data. So it sends a request, and that costs you 1GB of data from Verizon. But let’s say you have a really cruddy signal, and it takes 10 requests to get enough info to show you that page. You STILL pay 1GB for each request until the page is done. So viewing that 1GB webPage just burnt 10GB of data: And you sat there angry as heck while it happened. And your phone battery was cooking itself trying. And Verizon was raking it in.

and customer services job was to lie, cheat, and frustrate the heck out of you in an overly complicated series of steps to “determine” a very simple problem they were never going to admit to in the first place.

In my case, there was never a signal at that house, there was never going to be, buying a better phone wasn’t gonna help recieve what wasnt there to begin with, upgrading my plan wasn’t either, and in the end I was going to be locked in a contract for paying for service that wasn’t even available there. And when I pointed out they’d guaranteed service to that zip code themselves. Their response was “oh, that’s an estimate. Not a guarantee. And it’s a completely arbitrary and fun tool for costumers to play with, but has no factual or legal influence on our coverage.”.

And we’d been customers for 40 years. THINK they care about you. Go ahead.

Tags (6)
0 Likes
Correct Answer! Jump to solution.
Re: How is my data being used when i am connected to wifi?

So even with data turned off and connected to wifi it's still using data?   Mary