In-Store or Curbside Pickup: (excludes prepaid)
Same-day delivery:
Sign in
Help
Turn on suggestions
Auto-suggest helps you quickly narrow down your search results by suggesting possible matches as you type.
Showing results for
Search instead for
Did you mean:
More Options
Correct Answer!
Need to contact corporate

So this evening I've been trying to add a new line to my account on the edge program.  I am a Verizon employee,  longtime customer, and my $300+ monthly bill is paid on time monthly and has been for the last 8 years.  I'm being denied because someone hacked my account in November of 2014 and added a line to my account without my approval or knowledge.  I immediately contacted verizon and spoke with fraud department and I was assured it would be investigated and I had nothing to worry about.  Now because it is verizon policy that you can't add a line for 6 months if there is fraud on your account, even if no fault of my own I am not allowed to add a 5th line to my account.  I was told by the representative that I need to contact corporate,  I've been looking online for corporate contact info for at least an hour to no avail.  Someone please tell me how this is good customer service or tell me who can, or how I need to get this issue resolved.

Did I read that right you are a Verizon employee.

Why can you not deal with this in house so to speak since you are a Verizon employee. If your (Verizon ) employer won't help their employee I just don't know what to say.

I need the number for corporate I have had nothing but issues with Verizon and not been resolved. I had the dna android which had a lot of issues and had manufacture software bug defect after months of fighting they exchanged the phone little to late though i ordered the note 4 on edge more software bugs and problems my phone wouldn't receive or send pic messages for an entire month went to several stores called a billion times but that's just the service issues than my bill ... i was quoted well see screen capture below.... mmh and guess what my bill was double that .. it was 160 something in total ...see deceptive billing practices. 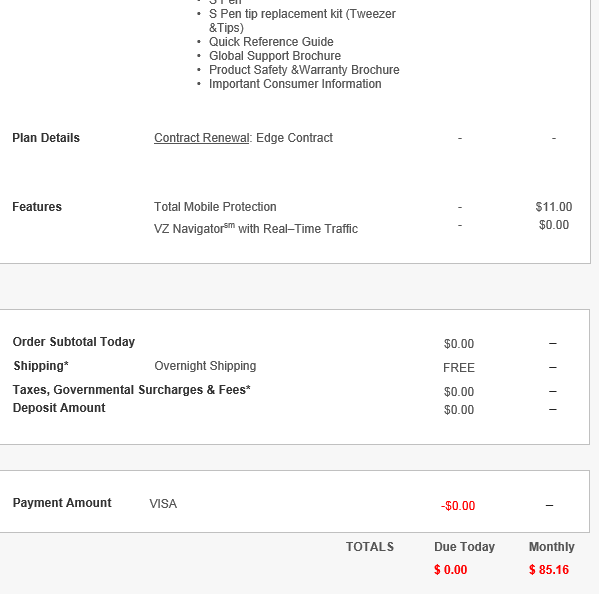 Than since my phone was messed up i kept resetting the phone and so it was reset my free Wi-Fi with my cable provider causing me to incur tons of data charges so they recommended to up my plan and i said i get free wifi o don't need to upgrade so they suggested i get a second line "it be cheaper they said " mmmh boy i was wrong so again i got quoted like 122 see screen shot: 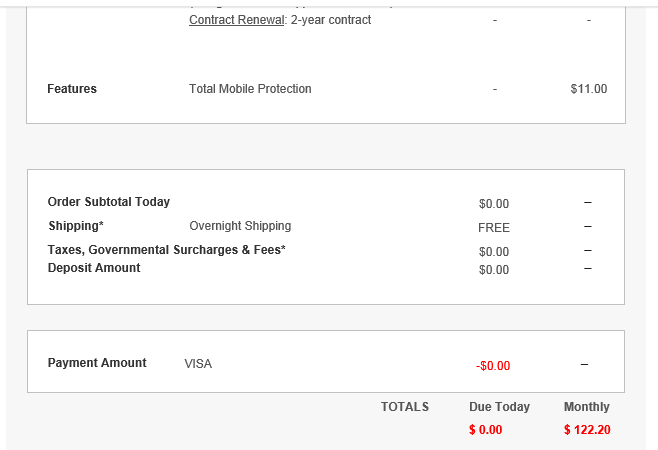 guess what i even called customer support and i chatted online to verify that the quote i got was correct since they lied to me last time... mmh ya they told me yep that's right . But my bill was 224.00 so that's no where close to what i was quoted. Than that iPhone never worked either ....what a joke called customer service was given a credit and than chatted and was given a credit and called customer service again threated to cancel and so here is another screen capture of lies saying they will issue credit but than later reversed it. 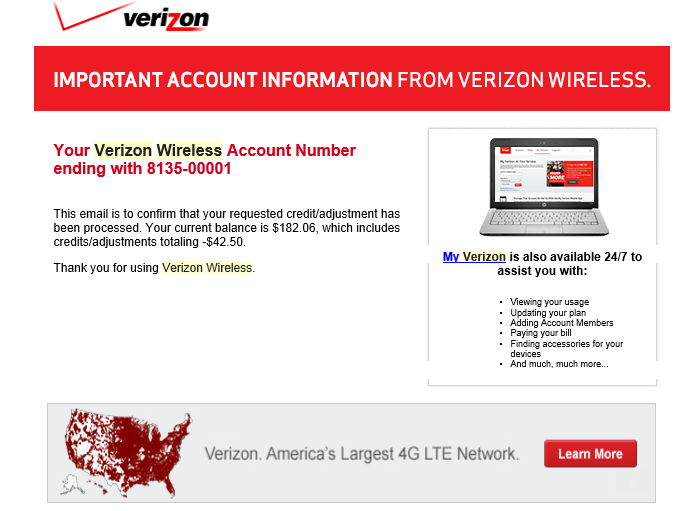 So than i call them back to complain about it and of course they act  like they cant see anything that's transpired I talked with 2 sups and another rep who assured me my bill would be 122 and id only pay 126 what i was quoted and guess what i received a notice in my email now im supposed to pay 386.43 before taxes im like wtf? really for what 2 non working phones and 4x the amount of what was quoted mind you i turned one of the phones off because i don't see how i should get charged for something that doesn't work ... so I contacted the ftc the bb and now the consumer complaint division and i will blog till my fingers bleed about the illegal billing practice of Verizon but i wont my bill fixed or im going to really going to spread this to social media and any utility complaint division until it gets rectified. Have some Integrity Verizon.

1. You will not find any email address to write to. The Verizon Communication Corporate Office HQ phone number is (212) 395-1000. Also you can type in "Legal Action" in the search box on http://www.verizon.com . And read "Arbitration & Mediation" FAQ. Then you can try going to http://www.verizon.com/about/our-company/executive-bios/

2. I do not know if any of this will be any help or not. But it is something you might try researching.

Oh my gosh...now that's a good one, maybe the best yet! A Verizon employee who can't get issues resolved with the account! Definitely takes the cake!!!!!