Mobile solutions
Home solutions
Have a phone you love? Get up to $500 when you bring your phone.
$500 via Verizon e-gift card (sent w/in 8 wks). Activation of 4G LTE/5G phone on 5G Get More plan req’d. Device must remain active for 45 days. $500 charge back if service cancelled w/in 12 mos or eligibility req’s are no longer met. See vzw.com/bring-your-own-device for details.
end of navigation menu
Help
Sign in
Turn on suggestions
Auto-suggest helps you quickly narrow down your search results by suggesting possible matches as you type.
Showing results for
Search instead for
Did you mean:
More Options
Correct Answer!
Trade in & Pre-order Promises Not Kept--Bait and Switch?

I have had nothing but troubles with Verizon since I pre-ordered my Galaxy S22 Ultra on Jan. 24. I thought switching from Sprint/TMobile to Verizon would be a great experience since my sister has been with them for years and is happy with the service. I was wrong. I have only been a customer for 1 1/2 months and had my phone for 1 1/2 weeks and I'm already feeling buyer's regret and trapped in a 36-month contract that's going to be slapping me in the face with broken promises and disappointment every time I see the bill.

But I should probably start at the beginning of my story:

I was convinced by my sister on the last day of Samsung's pre-order hype (Jan. 24)to get a Samsung Galaxy S22 Ultra since it was the newer version of my Note 9. When I went online, there were a ton of bonuses--get $100 off the phone for pre-ordering (so I could get a 512G phone for a 256G phone price), and get $800 for trading in my new phone. Even now, that second bonus still stands when I go online (see images below).

I tried to pre-order online, but the system wouldn't let me go past the IMEI step, and when it finally did, the price showed full price in the cart. So, I decided to go to the Verizon store. I should have paid attention to the red flags that popped up when I got there.

The sales reps had never heard of the Samsung $100 off bonus, even though this offer was across the nation and with every other wireless service preorder offer. I now wish I'd turned around and walked out and waited until Black Friday for a similar deal at Best Buy.

But when they went into their computers, they could see the offer, so they convinced me to stay. They ran through the trade-in screens, and the same trade-in offer appeared: $800 for my Note 9. Who in their right mind would turn down a $900 discount? The phone would be mine for $499!

So, I went ahead and pre-ordered, even though they said I wouldn't see my phone until April 1. I was fine with that. My Note 9 was in pristine condition and working perfectly. I wasn't getting the S22 Ultra because I was unsatisfied with my current phone or unable to use my Note 9; I just wanted a new one after 4 years.

The reps called me on March 4th to tell me the phone arrived early and to come in and finish the ordering process. And thus, my nightmare and hours of wasted time began. When they tried to finalize the order, they ran into a payment issue. It took two weeks and multiple calls to customer service to fix that issue, but they still had 2 other issues pop up:

The $100 pre-order bonus wasn't showing up. They blamed coding/computer programming and said it was a nationwide issue with all Verizon stores. I wonder now if that was the truth. But they reassured me it would be resolved. It still hasn't been resolved.

Additionally, when they entered my Note 9's information and IMEI, the offer I got for my trade-in was $35. I protested and insisted they give me back my phone immediately if that's what they were going to offer me, but again, they reassured me that they would create a customer service request order to get that $800 for me.

Then, the manager shrugged and said, "but you're likely to only get about $400 for it." as if he knew Verizon Corporate wouldn't follow through with its promises. When he saw the anger on my face, he retracted and said he would do his best to get me that $800. I trusted him and walked out the door with my new phone, leaving behind my pristine Note 9 for them to send in for a trade-in.

Why hasn't Verizon kept its trade-in promise of $800 for my mint-condition Note 9? Why didn't I get the $100 pre-order bonus?

My brother just traded in his Samsung S5 at AT&T for $800, no questions asked. My buyer's/customer's regret stings me every time I see his new S22.

I feel like a victim of a bait-and-switch tactic, and when I look at these forums, I see I'm not alone.

Verizon, you didn't need to stoop to these tactics to get me on board with your service. I was already convinced by my sister you had the best service. But when you make promises that you don't keep, you become the WORST wireless company in the nation.

I don't want to go to small claims court to resolve this, but I will if you don't. 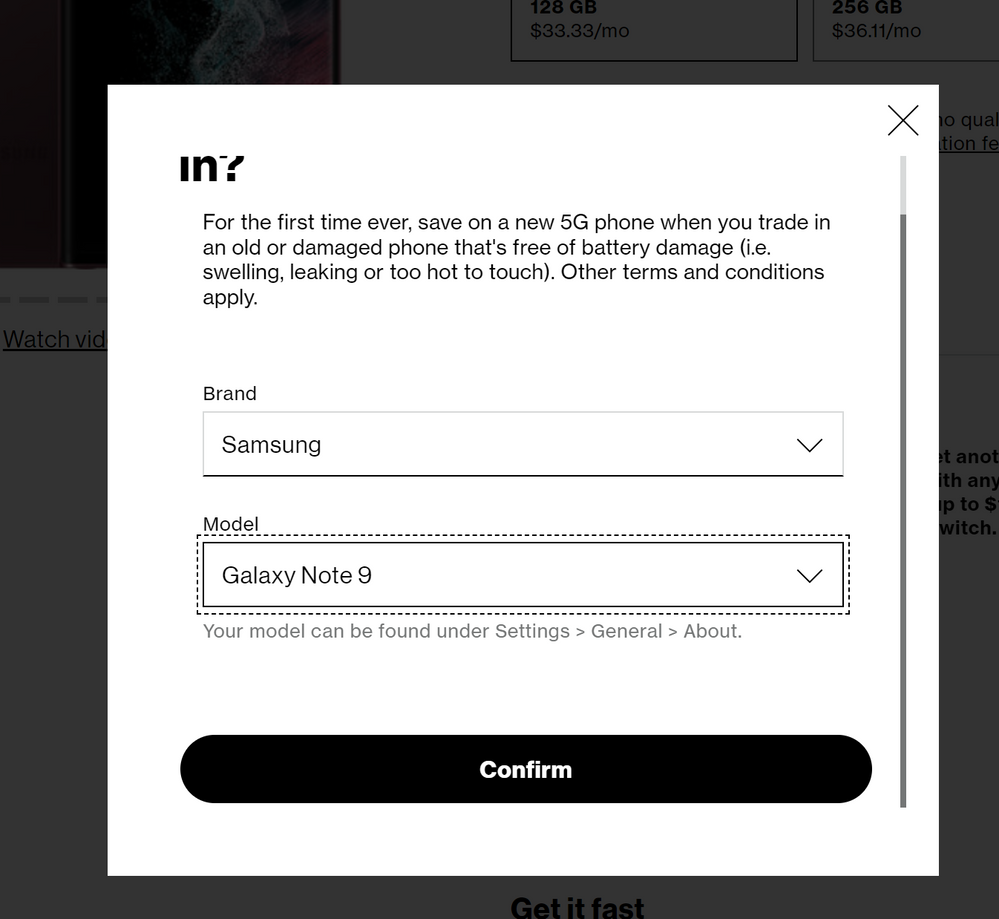 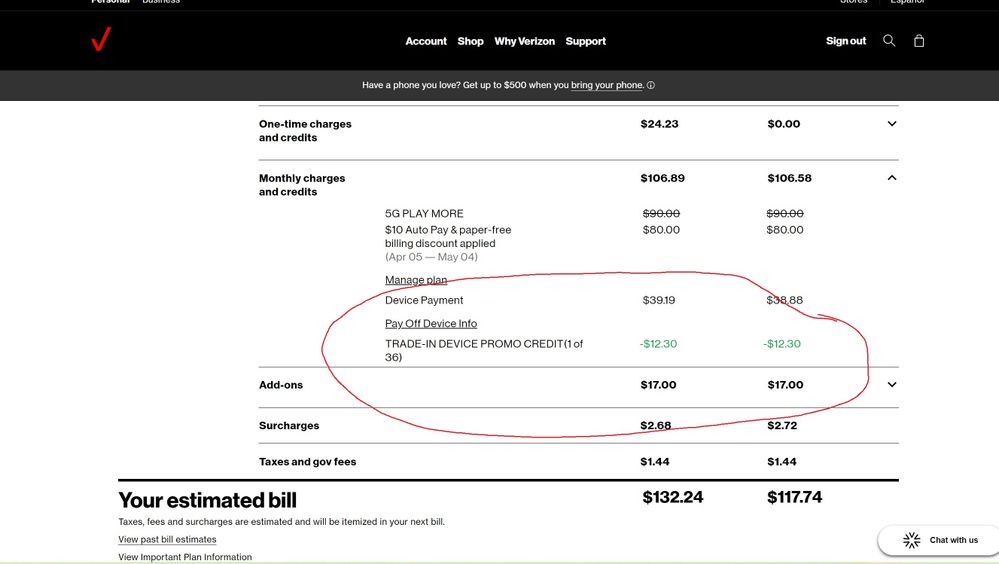 Tags (4)
I have the same question
0 Likes
Reply
2 Replies
Correct Answer!
Re: Trade in & Pre-order Promises Not Kept--Bait and Switch?

This just goes to show how emotionally exhausted I am with this whole affair:

Below is an image of my pre-order email  (I wiped out the confirmation numbers since this is a public forum): 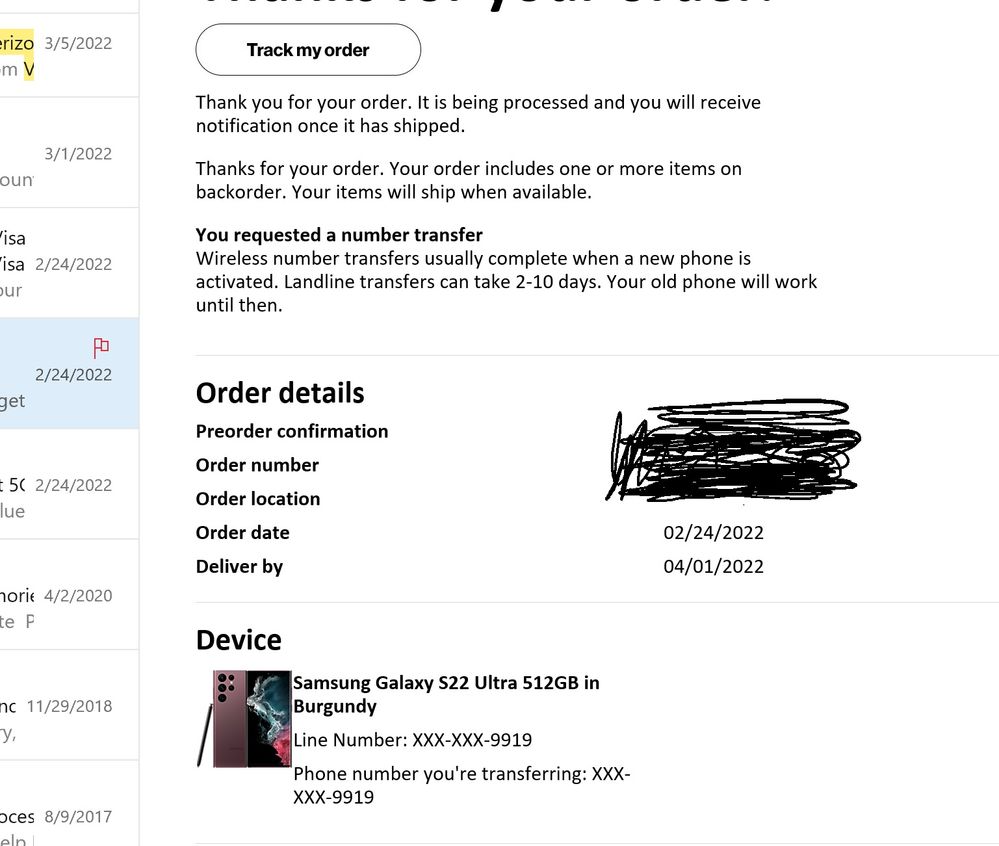 JJett74, thank you so much for providing me with the details of the issues that you are having with the trade-in credit for the old device and for the $100 credit. The screenshots are very helpful as well. In order to go over all the details and the specifics, I have sent you a Private Note. Please respond to that message. Thank you.