Mobile solutions
Home solutions
Have a phone you love? Get up to $500 when you bring your phone.
$500 via Verizon e-gift card (sent w/in 8 wks). Activation of 4G LTE/5G phone on 5G Get More plan req’d. Device must remain active for 45 days. $500 charge back if service cancelled w/in 12 mos or eligibility req’s are no longer met. See vzw.com/bring-your-own-device for details.
Help
Sign in
Turn on suggestions
Auto-suggest helps you quickly narrow down your search results by suggesting possible matches as you type.
Showing results for
Search instead for
Did you mean:
More Options
Correct Answer!
Verizon Trade-In Credit - Doesn't Transfer

I was part of the Galaxy Note 7 recalls, and we were advised back then that we would be allowed to upgrade to the Galaxy Note 8 when it arrived if we got another qualifying phone and traded it in.  As it turns out, you need to do buy out your new phone that you did not want.  OK whatever.  I did all that, and I traded the phone in to get half off of the Galaxy Note 8.  I love the phone.  It's amazing.

In that time, I was promoted at my company, and one of the perks is that they will pay for my cell phone plan.  Awesome.  I was advised by my company to wait until the new phone came out, and then transfer the new phone to the company plan.

OK I did that.

Now here is where things get rage inducing.

I traded in my Galaxy S7 Edge and an older S5 I found.  I am now receiving a credit of $20 each month on my bill for trading in the S7.  However, I can't move my line over to my company's plan.  I just got off the phone with a Verizon Representative who advised me that if I move my phone over to my Company's plan I will lose my credit, and I will need to pay the full amount for the phone.  I stated if there is nothing they could do about the credit, that's fine, but I would like my old S7 returned to me because that phone was traded in under the assumption that my new phone would be half price for me.  Removing the credit would be stealing the S7 that I had to buy out to be able to trade in.

What is the point of us trading in an old phone if we do not get to keep the credit?  I do not understand the logic here.  It's bad enough that I needed to buy out a phone I hated, but now I will lose the money I paid for it.  And I will be out half of the price of the note 8?

I used to love Verizon...

The terms of the Verizon offer was spelled out.  You should have taken the Samsung offer if you wanted a lump sum pay out.

Under no circumstance does Verizon return traded in equipment.

Every carrier phone promotion is a credit back each month over time offer, which is spelled out online in the offer.  The carrier would have to be dopey to give you a lump sum reward so you could take your service to someone else.  (Notice use of the word CARRIER, not Verizon.  All of the carriers work this way. 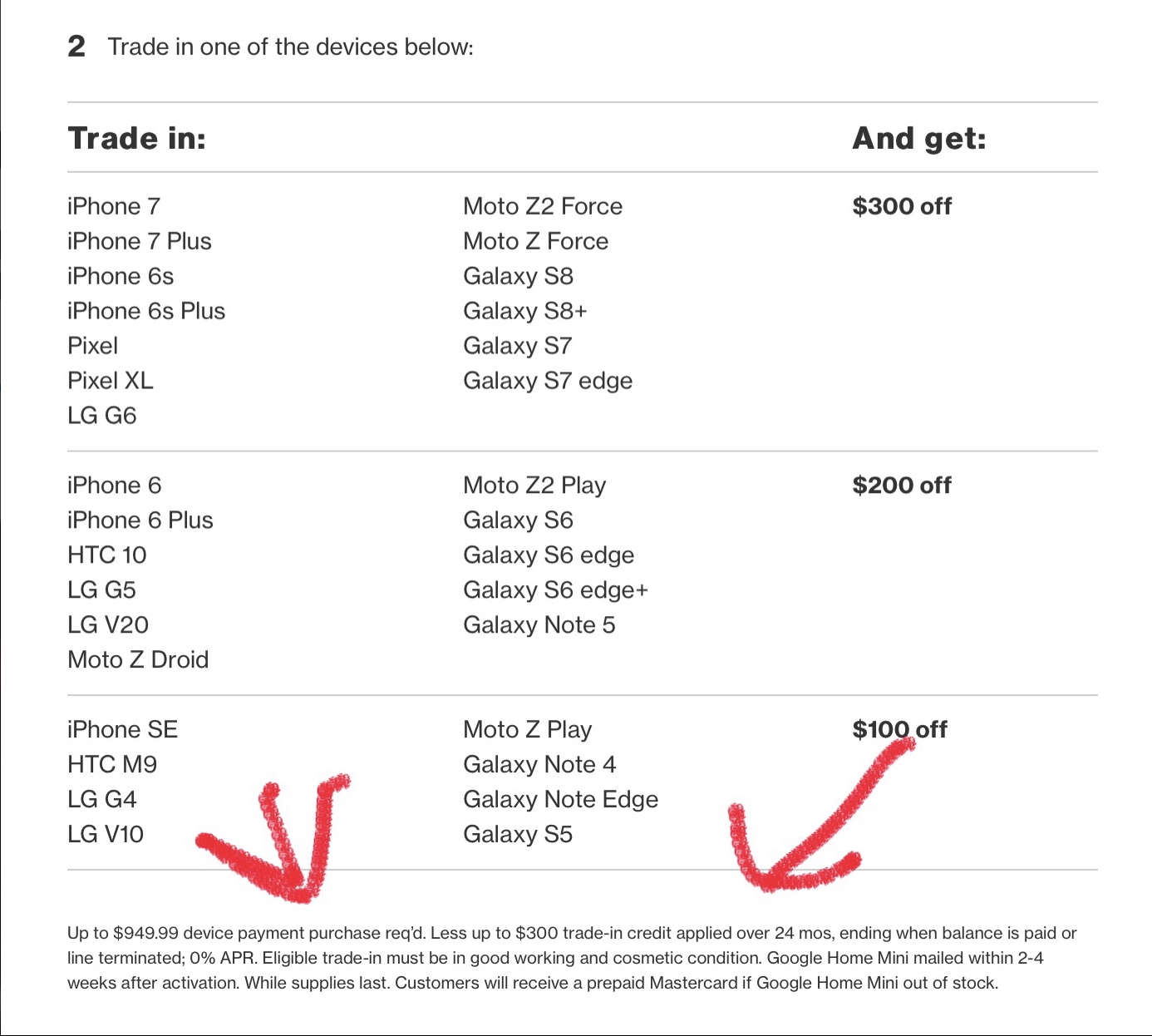 When did I say I was leaving Verizon?  I would just like to join my company's Verizon plan and keep the credit applied to my new phone.  Also, I wouldn't mind if the credit stayed on my family's plan.  What bothers me is the fact that a phone that I completely paid off would dissapear.  Losing around 900 dollars is a problem for me.

Usually assuming billing responsibilities don’t terminate credits.  At least between consumer accounts.  I would get a second opinion just to verify it’s the transfer to a business account that is the problem.

How about I assumed responsibility of my husbands account due to his passing (from Covid) and my promotional credit consisting $26.66 per month, to ultimately total $800.00, certainly didn't transfer over.  I was robbed of my credit and was ultimately told that I could have kept my husbands account and just made payments. It's hard enough to lose a spouse or loved one and then have to see the bill come in his name every month for the next 2 years only to continue to receive my credit.

So essentially I'm penalized for being a stand up person and assuming responsibility of his account. In the last 2 months and many many phone calls, no one seems to be able to do anything to resolve this!!! It's such a shame and very disheartening. The only way that you treat people well is if they are new customers because you certainly don't take care of your existing customers!!!

We want to extend our most sincere condolences to you and your family. It would never be our intention to add to the problem. Promotions do have specific rules in order to receive them. I urge you to choose a support option to work directly with an agent for further support.Please view our contact us page located at Verizonwireless.com. We wish you and your family the best.-Bobby Johnson