Mobile solutions
Home solutions
Have a phone you love? Get up to $500 when you bring your phone.
$500 via Verizon e-gift card (sent w/in 8 wks). Activation of 4G LTE/5G phone on 5G Get More plan req’d. Device must remain active for 45 days. $500 charge back if service cancelled w/in 12 mos or eligibility req’s are no longer met. See vzw.com/bring-your-own-device for details.
end of navigation menu
Help
Sign in
Turn on suggestions
Auto-suggest helps you quickly narrow down your search results by suggesting possible matches as you type.
Showing results for
Search instead for
Did you mean:
More Options
Correct Answer!
Kindle HDX Mobile 4G LTE data usage is way under what Verizon reports

I just purchased a Kindle HDX supporting 4G LTE Mobile Data connection.  I first purchased the $20 a month prepaid data plan that allowed for 1G per month. Although I keep my mobile network switched OFF except in the absence of WiFi I thought I was using it sparingly I ran through the 1G limit in 2 days (based on Verizon's tracking).  However, my kindly reported that I had less than half that amount.  I needed a connection so I upped my plan to $30 for 2G per month.  No after a short time, and hardly any use whatsoever Verizon reports I have used the entire 2G and have 0 remaining until the plan renews in 10 days.  Meanwhile my Kindle reports that I have used only 1.2G since I First signed up for mobile data service.  Even though Kindle has a little disclaimer that says there data usage logs may not exactly match that of the carriers, the discrepancy is  too big.  I feel that I am being ripped off here.   As you can see from the image below, I am still way under 2G.   This is very unsettling and just the thing that class action lawsuits are based on. 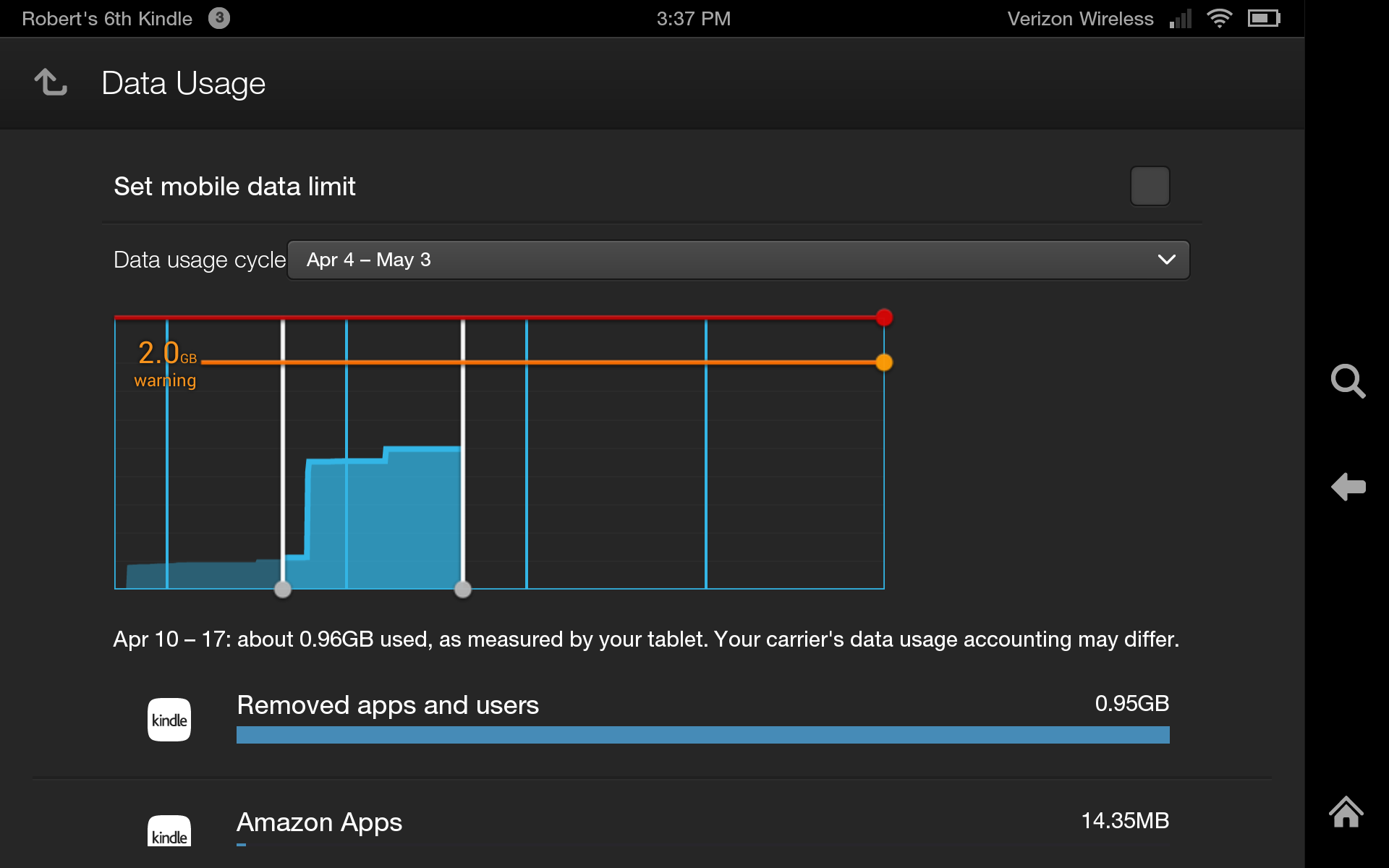