In-Store or Curbside Pickup: (excludes prepaid)
Same-day delivery:
Sign in
Help
Turn on suggestions
Auto-suggest helps you quickly narrow down your search results by suggesting possible matches as you type.
Showing results for
Search instead for
Did you mean:
More Options
Correct Answer! Jump to solution.
Re: Samsung Note 4 update issues

Dandr8813 I’ve sent you a private message here in the forum. Please check your inbox at https://community.verizonwireless.com/inbox to discuss further details about your concern.

Thanks for the offer, but I will not spend any more time on any further attempts to resolve the issue. At this time, I elect to live with the fact that I cannot utilize the external SD card any longer. Quite frankly, I highly doubt that there is a resolution, and therefore will not waste any more time or money on the issue.

I have had the Same issues but mine started on the Jan 27 patch update.  I have first noticed my battery was draining fast and kept getting dropped calls.  I then noticed that I would completely lose signal from the network.  I would get no bars with an "X" over the bars and the 4g completely gone.  I would get one of three error's; "No Sim, Bad Sim", "No network available" and "Bad Network/No Network".

I have been dealing this issues for months.  I have done the Verizon repair tool, factory resets and on the last replacement, I was told to skip all the login information on the start up so no third party apps are on the phone.  I still had total network disconnection. I have called tec support and been advanced to Tec2 about 5 times and yet they say that I am the only one having this issue.  Each tech support things they have fixed it but yet it has not worked.

My wife has Samsung S5 is having no issues so its not a service area issue.  It has gotten to the point that I was given 2 options.  First, pay off the amount I owe on the bill ($140 USD) that will be credited to the next phone I can upgrade to and switch out.  I informed him that the phone will be paid off in 5 months and my bill will decrease by 30 dollars.  I told him I planned on keeping this phone for a while because it was working good and its not right to make me pay for a new phone.  He said my other option will be to cancel because of "marginal coverage" and return the phone back to the store.  I asked if there is any other deals he can do.  We have been loyal customers since 1999 and really don't want to cancel.  He said no that's pretty much the only two options we have.  I even said I just want maybe some discount from the phone but he said Verizon does not do that.

Well, I love Verizon but we are going to cancel just because of this issue.  They appear not to understand that my phone bill was going to go down 30 bucks because my phone would be paid off.  They made it seem that my business is no longer need and my loyalty not appreciate.

My wife and I have the exact same issue. Our cycle will be over soon and we are leaving them. I have so much created "tickets" about this issue and they keep on trying to say that its our reception. I knew it was a bunch of [Removed]. The nearest Verizon Wireless corporate store know that the note 4 is having this issues and they dont care. They just want us to upgrade our phone. Funny how this happens just when our phones are paid off.

Profanity removed as required by the Verizon Wireless Terms of Service​

I apologize to hear about the experience. It would be a terrible thing to lose you as a customer. We do not want the problem to continue and we truly value you as a customer. Please allow me to see what I can do for you. No need to worry I'll be more than willing to assist you since here at Verizon, we always want to make it right and look at your best options. I understand the importance of your time and I sincerely apologize about the false expectations. Please check your inbox for my Private Message.

If my response answered your question please click the Correct Answer button under my response. This ensures others can benefit from our conversation. Thanks in advance for your help with this!!

I am having similar problems. They started with the marshmallow upgrade and have gotten progressively worse with the last couple of security updates. My phone is nearly unusable now. I have reflashed the firmware several times using SmartSwitch and using the Verizon Software Repair assistant. This has not solved the problem. I have done numerous factory resets and i have wiped the storage cache and wiped cache from recovery mode.  When I do a factory reset I have only installed a few apps that I use on a daily basis. So far, nothing has solved the problem.

I'm also getting weird behavior when I start the phone in recovery mode. It takes a very long time to reboot. It seems to hang on "installing system update..." for several minutes. then it hangs on "no command" briefly before bringing up the recovery menu. This appears like the phone is still trying to update something, but can't, so it eventually times out before it can go on to the rest of the restart into recovery mode. This makes me suspect that one of the recent updates has actually corrupted the boot process. I further suspect that only Verizon or an Authorized repair center can re-image the phone and fix the problem.

If you use an app to monitor temperatures you will note that the random restarts usually happen right after one of the sensors overheat to more than 190 degrees Farenheit.

I think that having Verizon (or possibly Best Buy) completely reimage the phone may help. I'm going to try that next. If that doesn't work then I suspect the phone hardware is failing. My phone is just over two years old. If it is hardware failure I'm going to be really upset because a phone that costs this much (more than many laptops) should last much longer than two years. Curiously two years is just when my contract expired.

I've had to give up any chance of finding a resolution to my issues. Like everyone else here, random reboots (a few times during calls), screen will randomly turn on for no reason (and a few times it's stayed on over night, fully draining battery), the charger meter is incorrect (I'll turn phone off, than when it comes back on the meter now shows 95%, not the 80% it turned off with), really slow charging with the fast charge cable, random signal loss, etc. I've done several full factory resets, started with just the native apps, nothing has made a difference.

Sadly, per my experience with Verizon support, they will ONLY help me if I have the insurance (which is pretty blatant rip off, considering it requires a huge co-pay AND monthly payments). Basically, they broke the phone with the latest batch of updates, and now refuse to fix it/help unless I pay even more.....

Here is a picture of the issue i have been having issues with. seems like my signal comes in to hot and it drops all signal. Doesn't matter if i am on the phone or just using the internet. It seems like a cell tower issue over here but Verizon Wireless is not doing anything about it. Every time I loose signal I see -1 dBm 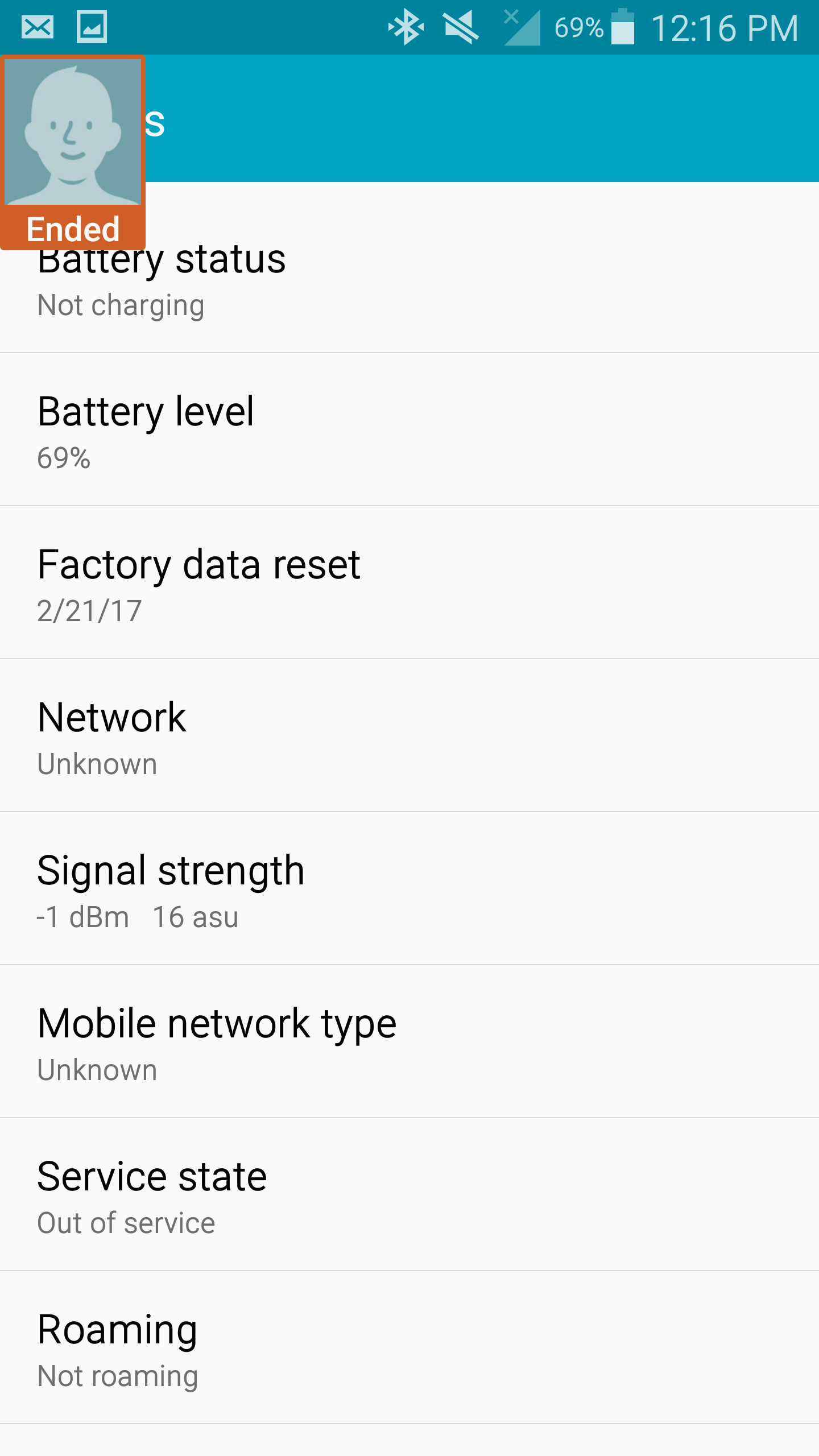 Thank you for sending us that picture, Xzero. We want to help you get your service back. What kind of phone do you have? Can we please have your ZIP Code? Does this happen indoors or outdoors?

JavierMD_VZW  Follow us on TWITTER @VZWSupport If my response answered your question please click the Correct Answer button under my response. This ensures others can benefit from our conversation. Thanks in advance for your help with this!

Gotta love the 'bot' responses, that can't even determine your phone model when it's responding a very specific thread.....Guess Verizon has made it impossible to live with my Note 4. I've had serious signal issues the past few months, to the point where I often get no signal (in places where other people with Verizon do). It was the ONE reason I switched to Verizon........