Help
Sign in
Turn on suggestions
Auto-suggest helps you quickly narrow down your search results by suggesting possible matches as you type.
Showing results for
Search instead for
Did you mean:
More Options
Correct Answer!
Galaxy 6 recently dropping calls at home

After 13 years of Verizon phone service, the phone service at home, which had been fine, has recently devolved to how it acted about ten years ago--calls are dropped or callers can't hear my voice. Why has the service deteriorated after all of this time? I'm in the same home, still using Verizon, but getting very frustrated. Any suggestions? Are others having this problem?

This is going to sound crazy, but how old is your sim card?

I'm using the sim card that came in the phone (Galaxy 6 Edge) when I purchased it a year and a half ago.

SIM cards sometimes go bad; you can get a new one free at your local Corporate VzW store or by contacting Customer Service.  Recent upgrades also may have changed your network settings; you might see if ensuring it's set to LTE/CDMA makes a difference.

It's never good news to hear that you're dropping calls at home. Our goal is to provide exceptional service indoors and outdoors. Although Verizon has the largest, most reliable network in the country, there are external factors (network congestion, weather and nature, buildings and physical barriers Or an obstructed view of the cell tower) that can negatively impact your experience, causing issues such as slow dropped calls or other audio issues. Allow us to help. Whats your zip code? When did this start? Are you having issues with text and data at home?

Hello,
My zip code is 95136 and I live in the middle of a large city. I'm not having any issues with text and data--just phone calls. I reviewed my phone records looking for multiple calls to the same number within the same time period (e.g., a one-minute call, immediately followed by a five-minute call, followed by another one-minute call, all to the same number). Between December 2015 and April 2016, there was an average of one call per month that required between two and four connections to complete the call. Between May and November 2016, that frequency increased to two or three times a month. Since December 2016, it has happened more and more. For example, calls were dropped or cut off five times between April 5 and April 18 (each "time" is one round of calls--if I have to dial the number four times to complete the call, I'm only counting that as one "time.") Just this afternoon, I initiated a call and talked for 5 minutes and then suddenly, we couldn't hear each other. We were then able to briefly hear each other and immediately after that, the call dropped. Other times, the phone will ring and I'll answer it and can clearly hear the caller, but they can't hear me at all, or I'll be sitting in one place (not walking around) and the call will work fine for 10 minutes and then suddenly drop.

I purchased a Galaxy 6 Edge in 2015 (October, I believe) and it has the original sim card in it. This was also the first smart phone that I've used here, but as mentioned previously, I don't seem to be having a problem with data or text and can even stream videos on the phone. When I first got a Verizon phone in 2004, it didn't work well inside of my condo. Over the years, that improved until Verizon was reliable throughout my unit. I feel like my phone quality has now deteriorated to the levels that were available here over ten years ago. I live within a mile of the hill where the closest antenna is probably located. I am located on the side of the building facing away from the hill, but I've been in the same place for the duration of my Verizon usage, so I'm not sure why that would be a factor.

I appreciate any suggestions. 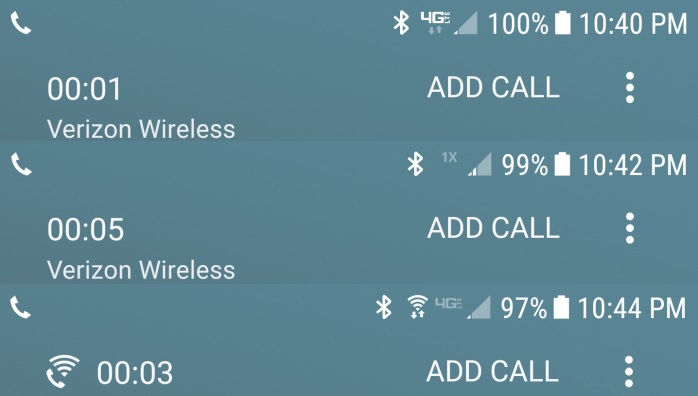 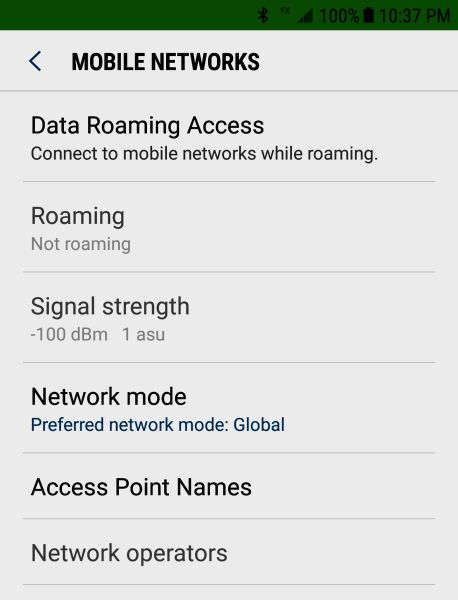 Where I live, I am right on the edge of 3G and LTE service, that's how I was able to take a screenshot of both symbols in the attached picture.

We certainly want to get to the bottom of what is happening with your device and your calls. The first step that I would do is to replace your SIM Card. Seeing that you are using the original SIM Card, it is possible that it is going bad. You can pick one up at any corporate Verizon location to get one for free. You can also reset your network settings on your device to see if there is any improvement before and after the SIM Card swap.

If my response answered your question please click the Correct Answer button under my response. This ensures others can benefit from our conversation. Thanks in advance for your help with this! 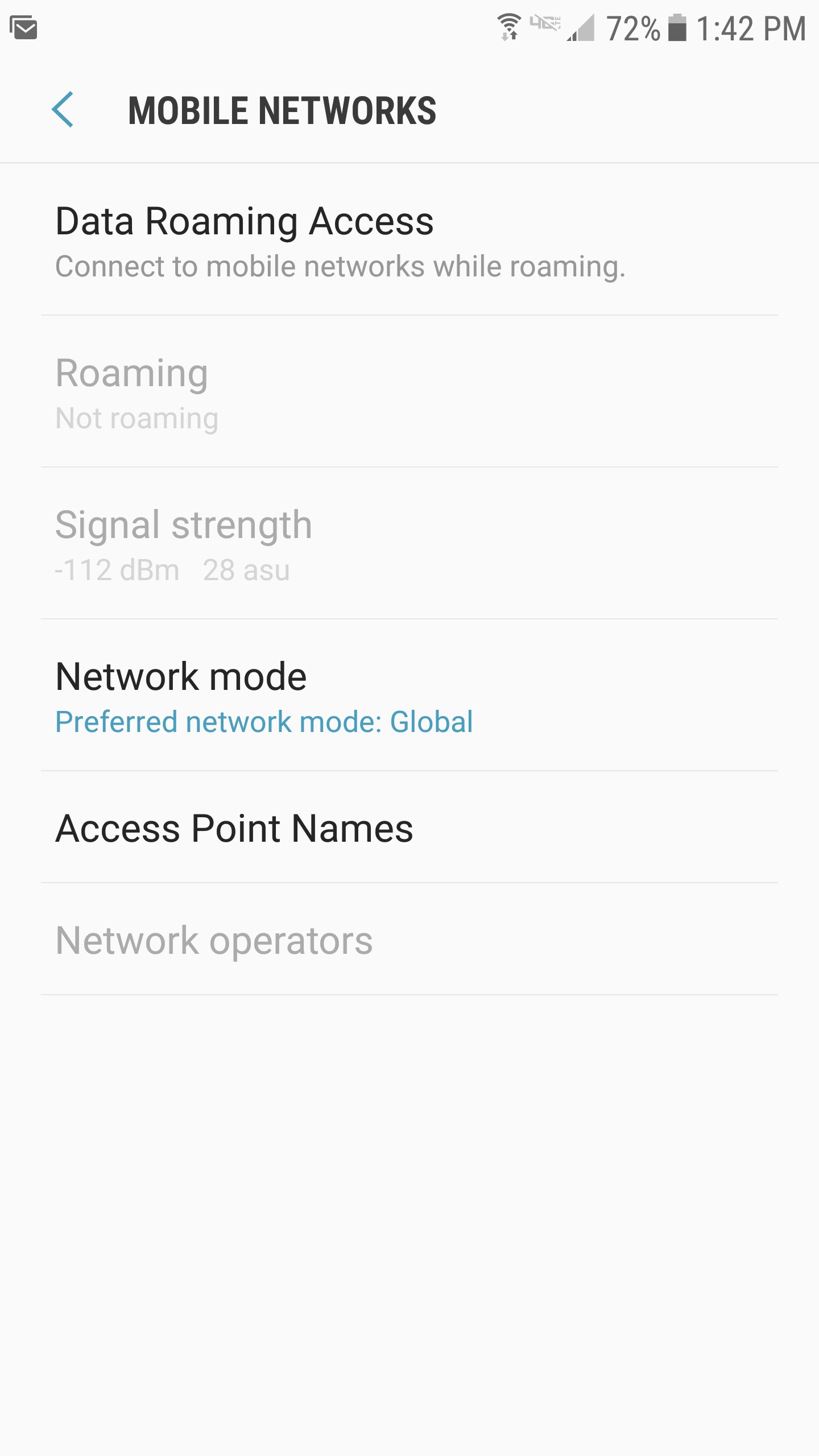 I'm not sure how to identify which path the phone calls are taking, but I routinely shut the mobile data off when I'm home and calls still come in and out. I do that to try to minimize data usage, but if that's a mistake, please let me know. As you can see, I don't have a strong signal here.

Thank you. How would I reset the network settings?