Mobile solutions
Home solutions
Have a phone you love? Get up to $500 when you bring your phone.
$500 via promo credit when you add a new smartphone line with your own 4G/5G smartphone One Unlimited for iPhone (all lines on account req'd on plan), 5G Do More, 5G Play More or 5G Get More plans between 11/15/22 and 1/4/23. Promo credit applied over 36 months; promo credits end if eligibility requirements are no longer met. See vzw.com/bring-your-own-device for details. Excludes Verizon Prepaid plans.
end of navigation menu
Help
Sign in
Turn on suggestions
Auto-suggest helps you quickly narrow down your search results by suggesting possible matches as you type.
Showing results for
Search instead for
Did you mean:
More Options
***Announcement: We’re excited to inform you that we will be merging the Fios and Wireless Communities to a unified Verizon Community with a new look and feel throughout. If you are interested in what specifically has changed, please see the New Revamped Community article under the Featured Topics.***
Correct Answer!
S7 coming unglued, overheating, Samsung and Verizon jerking me around

I'm having the same issue as other users with my S7 and, after reading up on the issue, I contacted Samsung and then took the phone to Verizon store today.

Samsung told me to take it to the Geek Squad at Best Buy, as they were authorized to make repairs. Welp, that was wrong, and BB gave me the name and number of some individual who fixes Samsung phone. (Samsung advised that if my phone is less than a month old, the warranty is still in effect. It's not and a phone less than 30 days old should not be having these issues!).

On to Verizon where they told me that b/c the protective plastic over the photo lens was cracked, warranty was void and there is nothing they can do --- but wait, I'm eligible for an upgrade if I want to buy another $800 phone. The phone has always lived in a case, so I have no idea how the lens got damaged (though, I think there is a cut out in the case, around the lens, so I'll have to check that).

Point is, the phone is separating, it gets incredibly hot to the touch with minimal use and when not charging, and neither Verizon nor Samsung seem willing or able to do anything --- other than sell me another phone. BTW the phone has insurance, but with a deductible which, of course, I'm on the hook to pay.

Pretty unimpressed with both Verizon and Samsung. 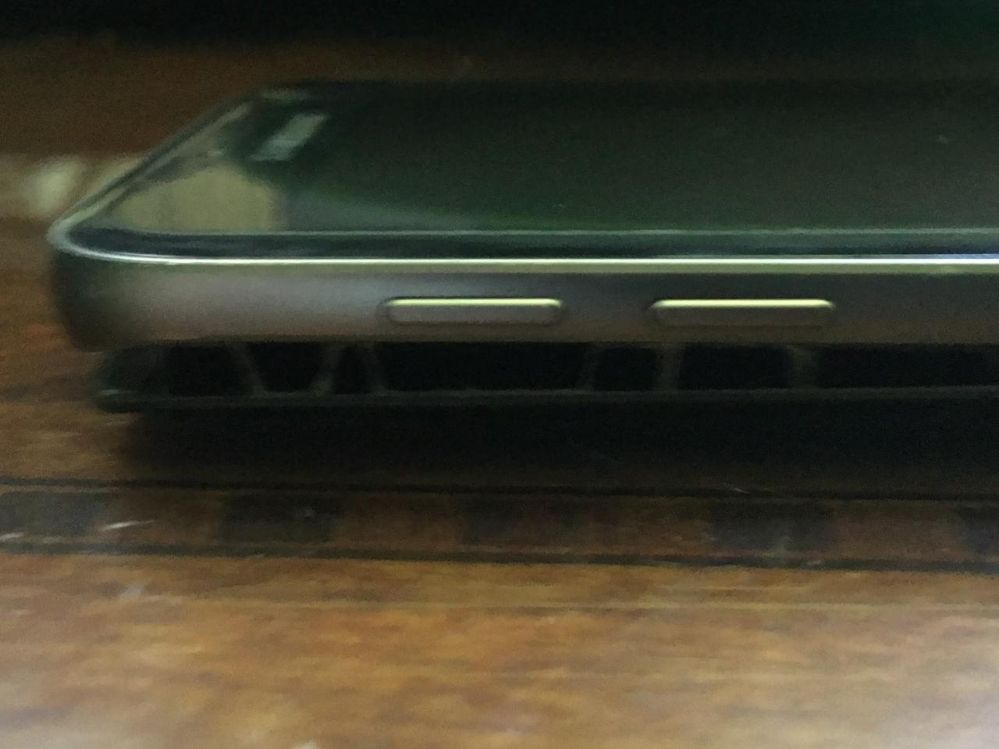 I have the same question
0 Likes
Reply
3 Replies
Correct Answer!
Re: S7 coming unglued, overheating, Samsung and Verizon jerking me around

OMG!! You don't even know that your phone case has a hole cut out for the camera lens.

1 Like
Reply
Correct Answer!
Re: S7 coming unglued, overheating, Samsung and Verizon jerking me around

your phone's 3+ years old & you don't say if you bought new or used & i'm guessing used.

contact: ubreakifix     they do warranty work/repairs on both i-phones + androids.

We're disappointed to learn you're having trouble with your Samsung device, Awlbisson. Let's take a closer look into the device. Any physical damage to the phone would void your manufacturer warranty. Insurance is a great feature to have to replace your device if there is damage. Has there been any damage to the phone? When did the phone start coming apart? What's in use when the phone is getting hot? Are you using the charger that came with the phone?