In-Store or Curbside Pickup: (excludes prepaid)
Same-day delivery:
Sign in
Help
Turn on suggestions
Auto-suggest helps you quickly narrow down your search results by suggesting possible matches as you type.
Showing results for
Search instead for
Did you mean:
More Options
Correct Answer! Jump to solution.
Why is the second half of my update failing?

I received the first half of the Lollipop update with no issues.  My phone then prompted me to download the second update package, which I did.  The install gets to the Android Firmware screen, runs for about 5 minutes, then says "Error!" and reboots.  After reboot, I get a message that the update has failed.

I have rebooted my phone and tried again.

I have removed my battery and tried again.

Using Kies, I get the message that my device is on the current firmware.  Which I know is wrong.

Forums indicated trying the VZW Upgrade Assisstant/Repair Tool.  After Installing, I get this message:

I should have plenty of room for this update...

My phone is running the last version updated... 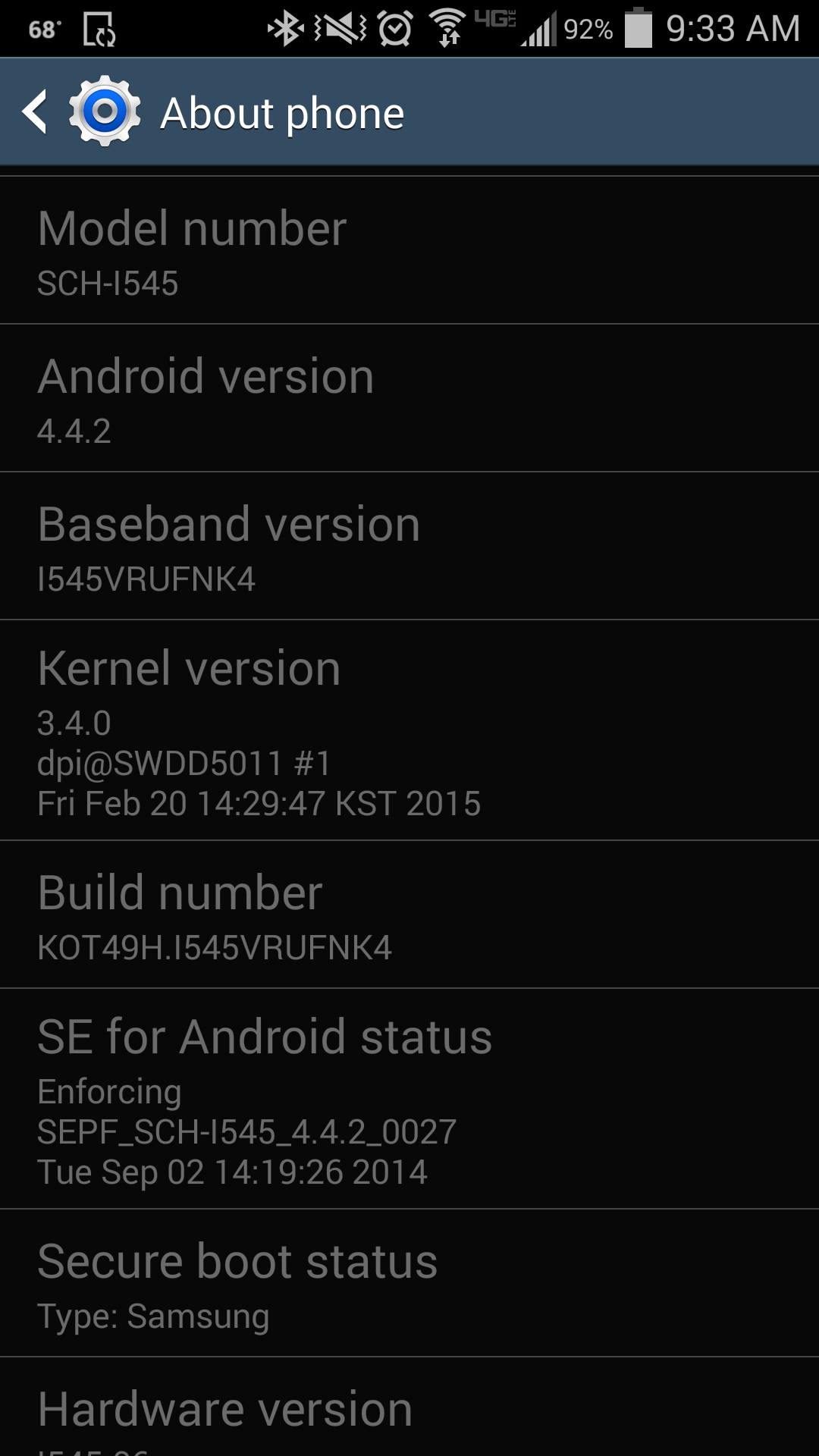 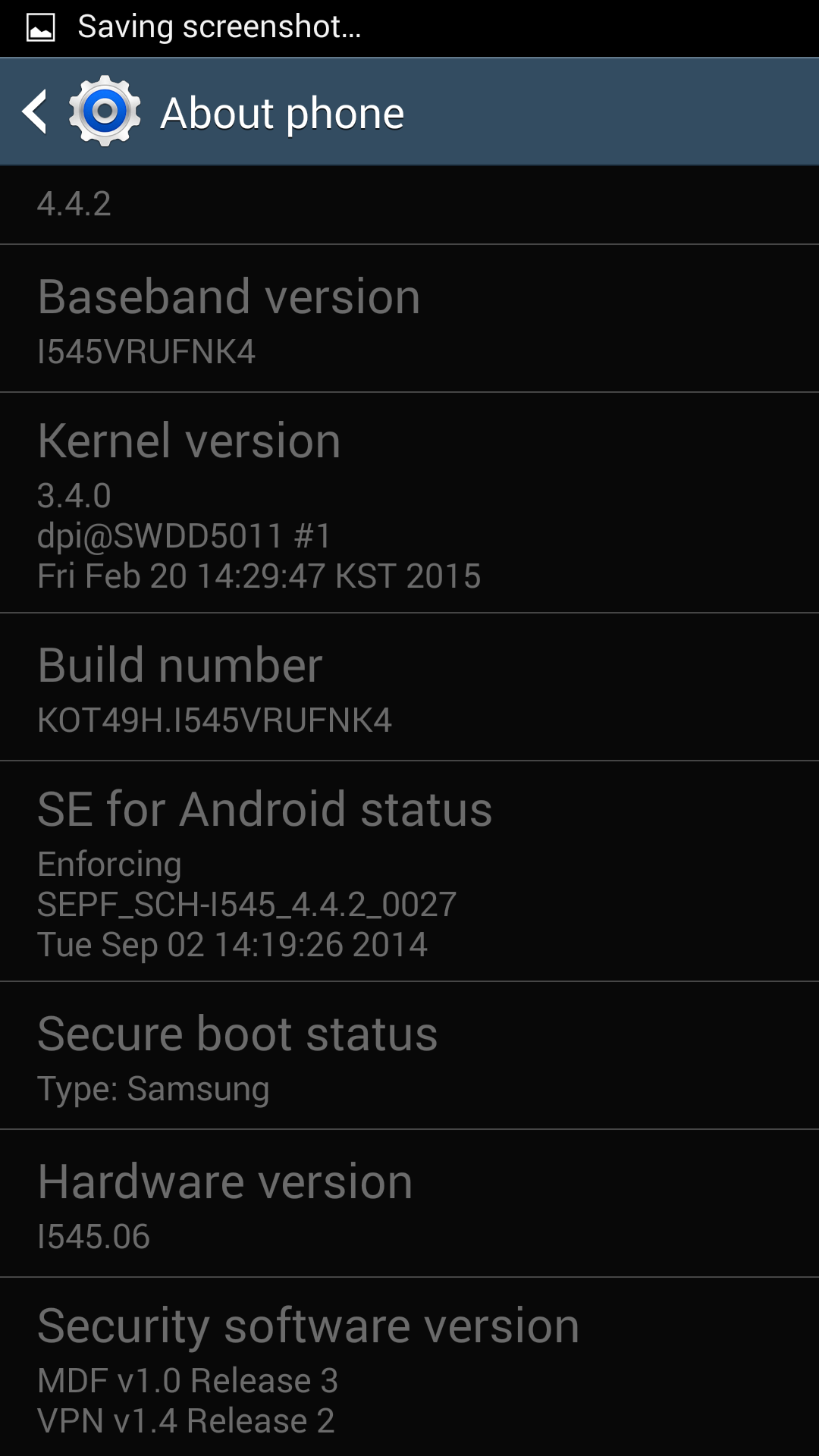 Verizon - I don't want to do a "Factory Reset" again... I had to do that for the kitkat update...

So I wanted to let everyone that has been posting here know that I found a fix for my phone.  This will may work for you too if you are having the same 402 error.

I called Verizon support... after declining an early upgrade that would only cost me an additional $4 a month to get a new S6, they told me I could also go to Best Buy and visit the Samsung Experience.  They have the ability to do a full factory image (not a reset) on Samsung Phones.   I went into Best Buy, and the Samsung rep spent some time trying to get the 5.0.1 image to load, but it wouldn't load for him either.  He ended up doing reinstall 4.4.2 (before the NK4 update) and then trying the NK4 and 5.0.1 - both of which failed.  He said he's seen this before and that I should try to load the NK4 and 5.0.1 via OTA, which might work.

I went home because Wifi is faster than 4G and did the OTA updates - which worked and now I'm up and running.

So that fixed it.  Oh - probably worth noting that everything the Samsung rep did with imaging did not require me to reconfigure my phone.  All my apps, settings and data was still there.  If you are unwilling to try the factory reset option (which didn't fix it for me either...) then I'd suggest trying this route first.

1 Like
Reply
28 Replies
Correct Answer! Jump to solution.
Re: 2nd Half of Lollipop Update Fails

Mine did the same thing. First half went well and the second half failed.

Factory reset does not help. Still getting error 402 during install.

Talked to tech support, they told me the only solution was to factory reset, which I did reluctantly.

Have tried factory resetting a BUNCH of times:

-No SIM, no MicroSD

-With both SIM and MicroSD

Tried not logging into my google account to prevent everything from being synced again in case it was a problem with cached data.

What has happened is that the system thinks the update was installed and therefore will not find another update.  Also, most likely, the install failed and has done essentially the same thing that happens to a harddrive that is disconnected in mid-write.  Corruption of the recovery partition.

Is there a fix for a corrupted recovery partition?

"Factory reset does not help. Still getting error 402 during install."

Where to you get a 402?  I receive no such error on my update, just the android laying on it's back and the message "Error"

but it downloads just fine.  The problem only occurs during the installation proccess.  It says error, reboots (back into 4.4.2, mind you) and pops up with a message that the update has failed, and that nothing has been changed.  Also, correct me if I'm wrong - isn't the image for a factory reset stored on the recovery partition?  If it is, then it definitely is not corrupted.

after it reboots, go back to system  update.  There should be a mention of it there.

to be clear: after downloading and validating the OTA update, it reboots, starts installing, says error and reboots again.  About a minute after it reboots, it pops up with this: 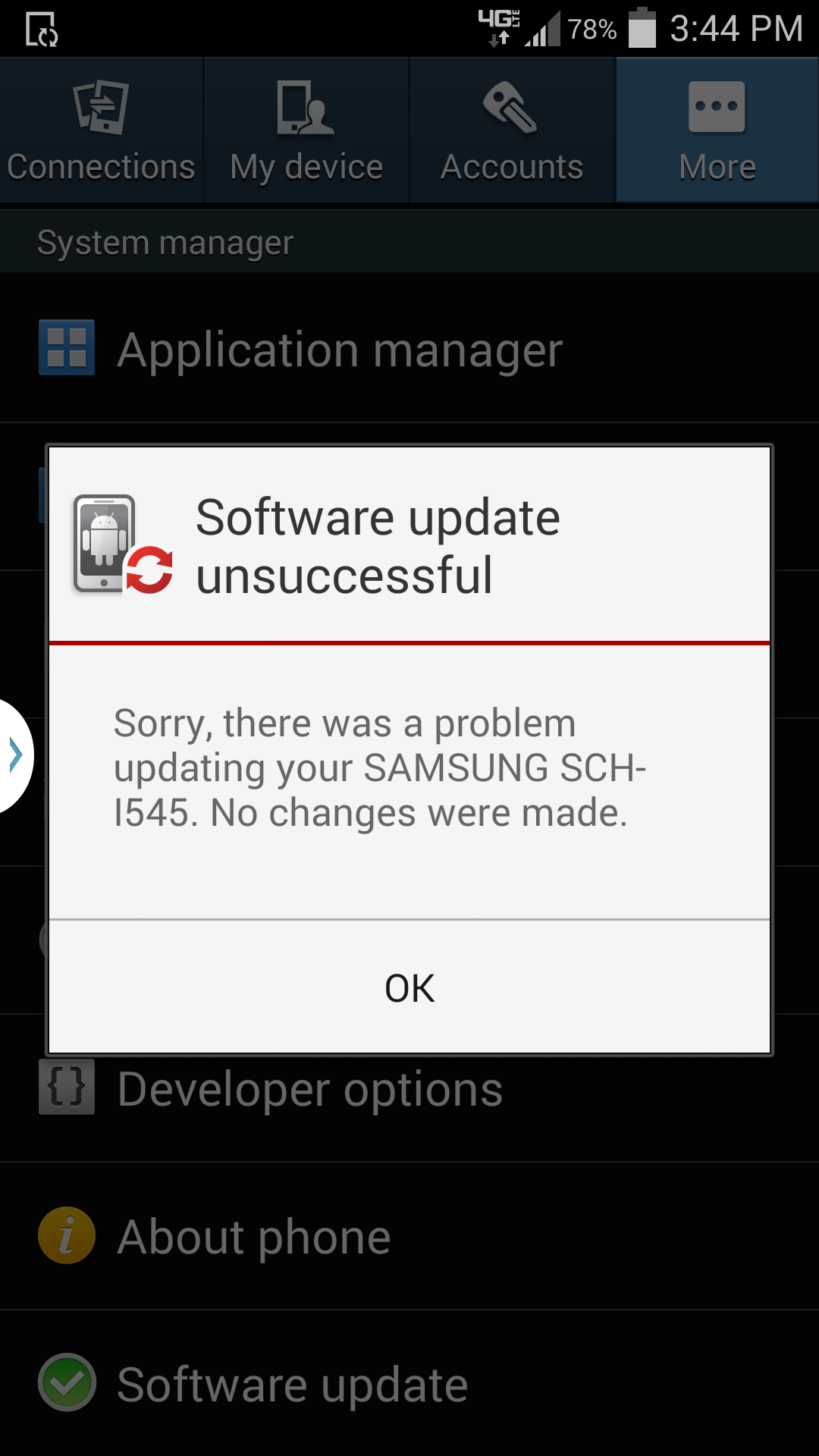 When I go to software update again, it shows this. 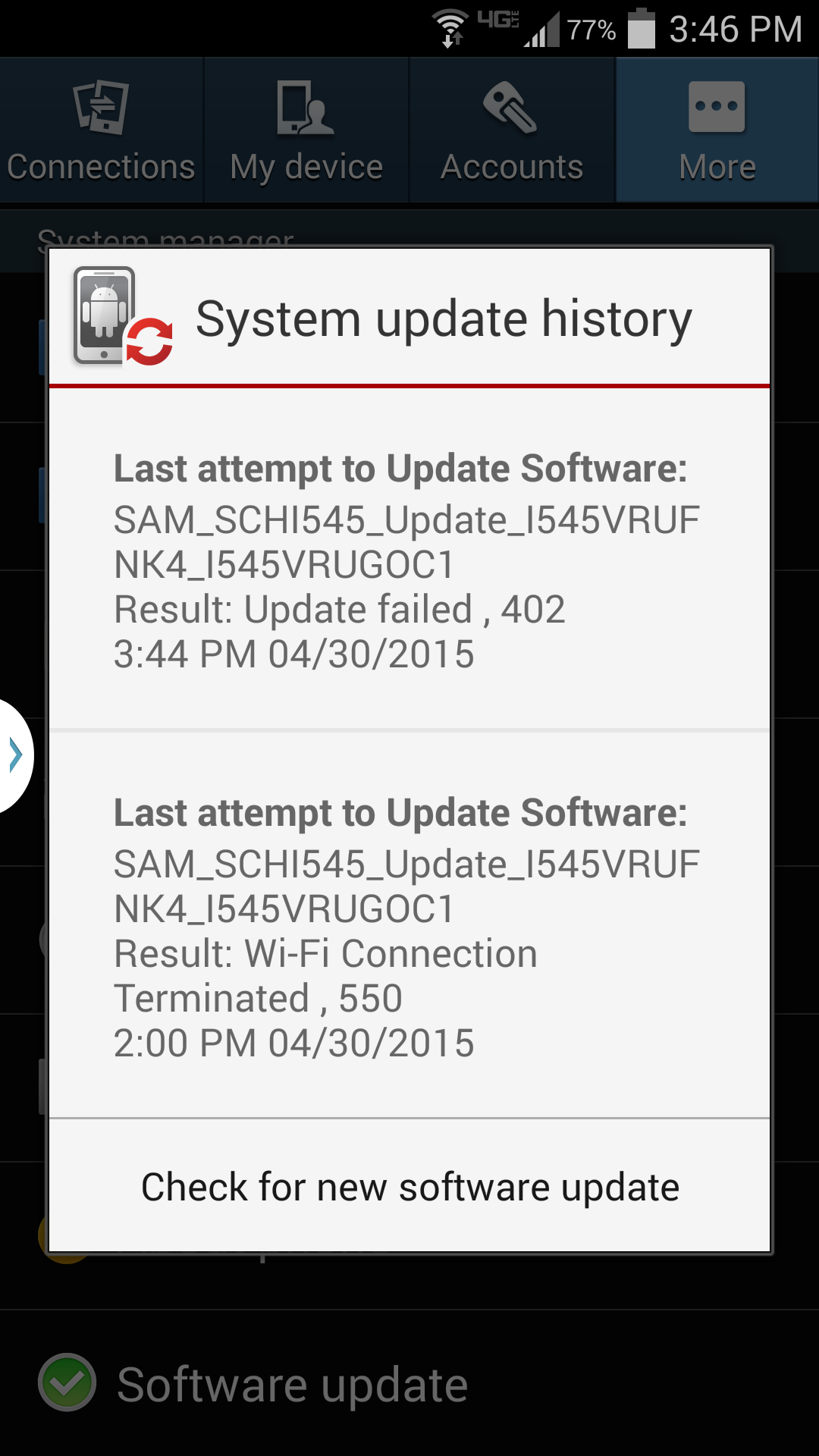