Mobile solutions
Home solutions
Have a phone you love? Get up to $500 when you bring your phone.
$500 via Verizon e-gift card (sent w/in 8 wks). Activation of 4G LTE/5G phone on 5G Get More plan req’d. Device must remain active for 45 days. $500 charge back if service cancelled w/in 12 mos or eligibility req’s are no longer met. See vzw.com/bring-your-own-device for details.
end of navigation menu
Help
Sign in
Turn on suggestions
Auto-suggest helps you quickly narrow down your search results by suggesting possible matches as you type.
Showing results for
Search instead for
Did you mean:
More Options
Correct Answer!
How to stop receiving muti text messages???

I hate it when someone sends me a text, with a question, and they also send it to 15 other people.  I just want to give my reply and let that be the end of it.  I really could care less about the other 15 peoples respones. Mainly because I don't care, but also because the other 15 responses come at the the worst time.  Like, I repond. Then 20 minutes later some one else responds, 2 minutes later another response, 60 minutes later another response and so on. Sometimes I'm asleep, or busy doing ...like work. If I want to know others responses, I'll text them.

Is there any way to disable this feature from my phone, I just want to receive my message and respond to the person who sent the text/email to me.!!!!!

Labels (1)
Labels
I have the same question
0 Likes
Reply
1 Reply
Correct Answer!
Re: How to stop receiving muti text messages???

You can MUTE CONVERSATION. You will still get the message, but you won't hear a notification. 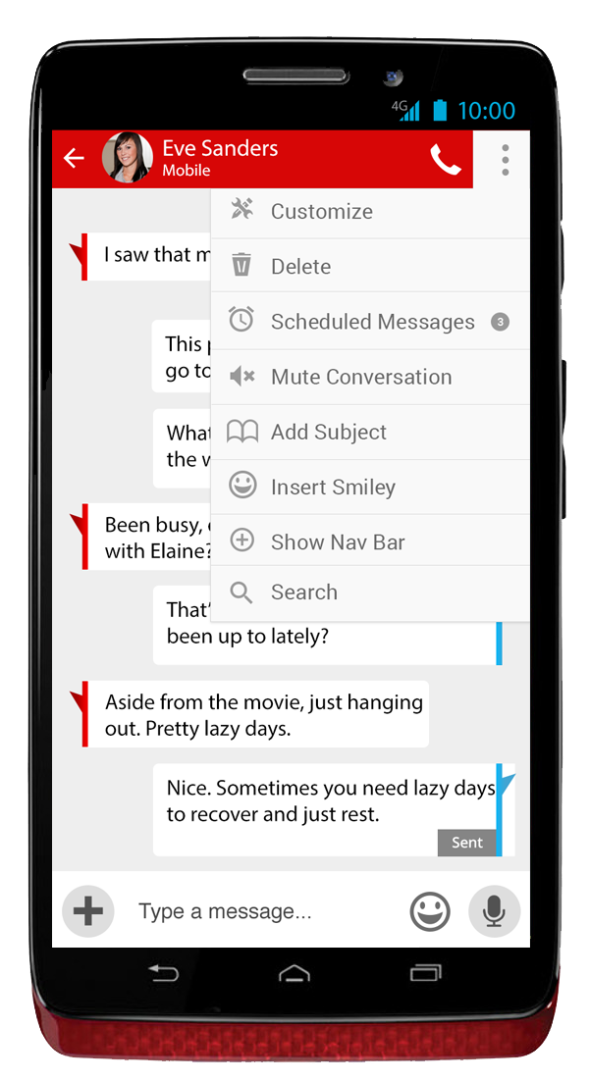