Mobile solutions
Home solutions
Have a phone you love? Get up to $500 when you bring your phone.
$500 via promo credit when you add a new smartphone line with your own 4G/5G smartphone One Unlimited for iPhone (all lines on account req'd on plan), 5G Do More, 5G Play More or 5G Get More plans between 11/15/22 and 1/4/23. Promo credit applied over 36 months; promo credits end if eligibility requirements are no longer met. See vzw.com/bring-your-own-device for details. Excludes Verizon Prepaid plans.
end of navigation menu
Help
Sign in
Turn on suggestions
Auto-suggest helps you quickly narrow down your search results by suggesting possible matches as you type.
Showing results for
Search instead for
Did you mean:
More Options
***Announcement: We’re excited to inform you that we will be merging the Fios and Wireless Communities to a unified Verizon Community with a new look and feel throughout. If you are interested in what specifically has changed, please see the New Revamped Community article under the Featured Topics.***
Correct Answer!
Verizon blocks own cellphone for over texting use. Block own users for spam? We need assistance on saving your customer, and getting them working on our service again.

Keep in mind this has been working fine for many moons, err months for this customer. We have other customers sending from Verizon phones just fine, and people are receiving just fine on Verizon phones. I am posting here for hopefully someone at Verizon can get this fixed so they don't loose a customer because our service works, but this customers Verizon service is not working.

Our carrier has tried apparently to work with Verizon to fix this, with no help nor response of use from Verizon.

How can we resolve an issue that hinders 25 firefighters because Verizon won't assist 1 Verizon customer fix an issue with their service?

Verizon won't even speak to us.

This customer has had an issue for a month now, simply put the issue is on the Verizon side so all of the work arounds and modifications we have made on our side have had no effect in helping this customer. When will someone at Verizon be able to assist a paying customer? 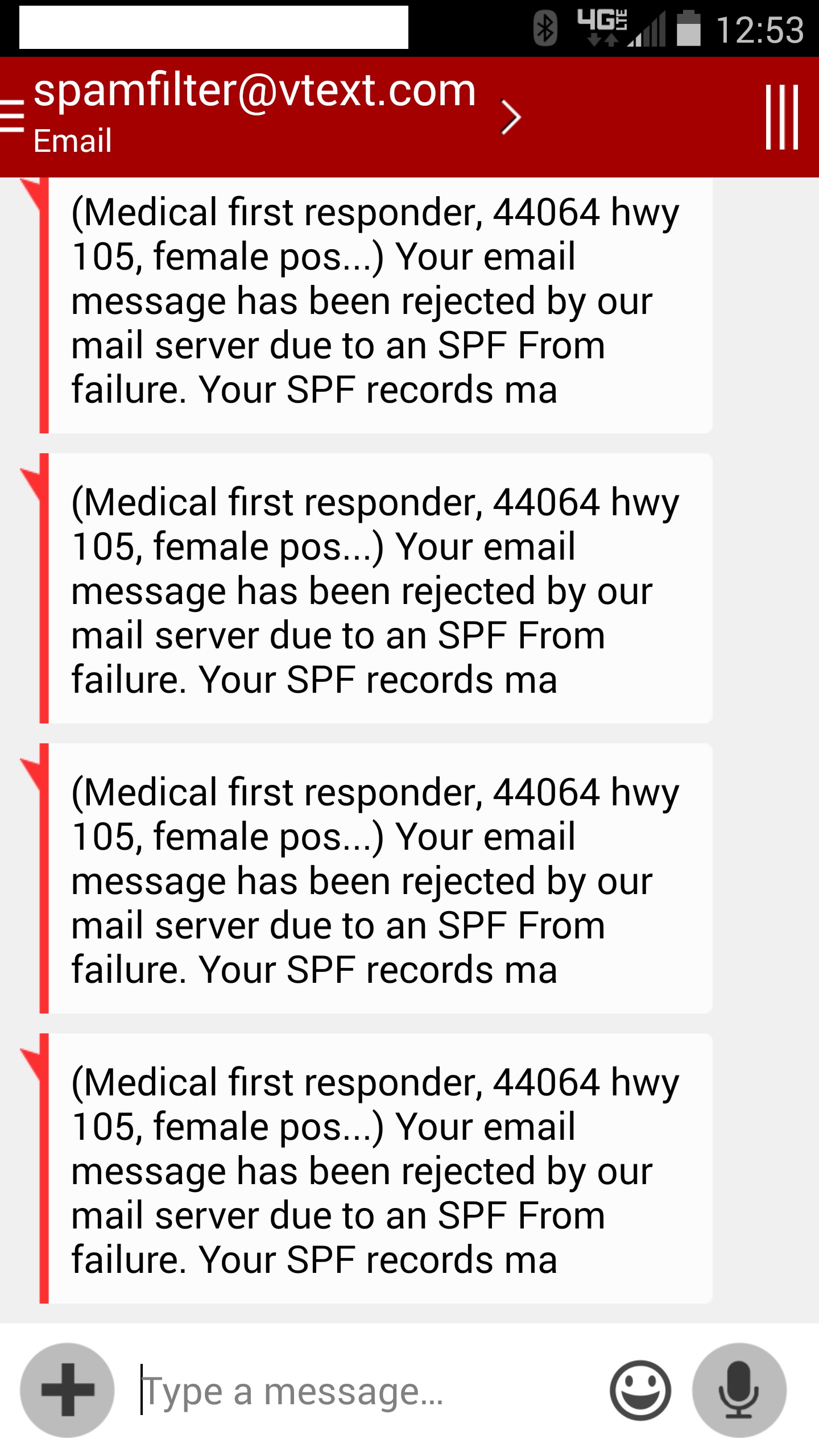 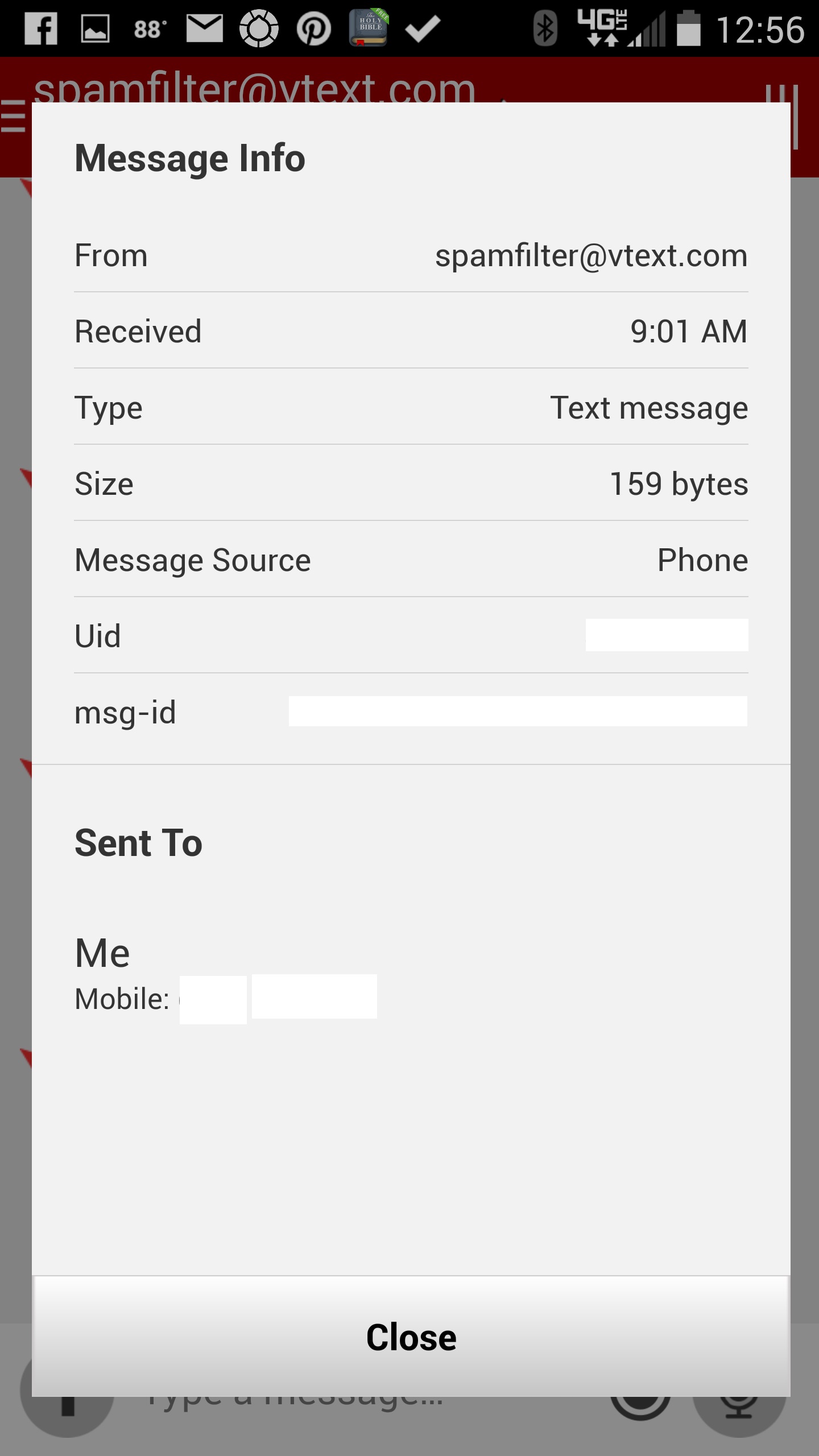 Labels (1)
Labels
I have the same question
0 Likes
Reply
2 Replies
Correct Answer!
Re: Verizon blocks own cellphone for over texting use. Block own users for spam? We need assistance on saving your customer, and getting them working on our service again.

We want to do everything that we can to ensure that our messaging service is functioning properly. We also greatly appreciate the work that you have put in on behalf of this customer. However, in order for us to properly assist and troubleshoot, we will need our customer to reach out to us. We are confident that we will be able to find a resolution in working with them, and greatly look forward to doing so. They can reach us by phone at 800-922-0204, or can sign in to My Verizon, and click on Live Chat here: http://www.verizonwireless.com/wcms/contact-us.html
LeoL_VZW
Follow us on Twitter @VZWSupport
If my response answered your question please click the �Correct Answer� button under my response. This ensures others can benefit from our conversation. Thanks in advance for your help with this!!

0 Likes
Reply
Correct Answer!
Re: Verizon blocks own cellphone for over texting use. Block own users for spam? We need assistance on saving your customer, and getting them working on our service again.

The customer has already contacted Verizon more than once. They were given the scripted answer that pushes blame off on our service, even thought no other Verizon phones are having an issue.

I contacted Verizon to assist the customer, the account was verified for me to speak to the rep, and the rep clearly informed me that there is nothing wrong with the service since the messages were sending even though there is 25 Verizon phones unable to receive only from this one Verizon phone that say otherwise.

Interesting enough, on the same day I was told this by one rep, I received a call from a Verizon tech rep working an issue for a different Verizon cellphone customer with our service, funny enough that issue was with Verizon too, not our network, and she resolved that issue. I asked this young lady by the name of Heather what her take was on it. She was knowledgeable and helpful enough to inform me that based off the text responses I posted above, the customer was blocked by Verizons own spam filtering to prevent spam from being sent over the Verizon network. She also informed me once placed on these blacklist, the user cannot be moved off.

Is this true? How does Verizon remedy such issues? Just let customers walk away and wave as they sign up with a competitor?