Mobile solutions
Home solutions
Have a phone you love? Get up to $500 when you bring your phone.
$500 via Verizon e-gift card (sent w/in 8 wks). Activation of 4G LTE/5G phone on 5G Get More plan req’d. Device must remain active for 45 days. $500 charge back if service cancelled w/in 12 mos or eligibility req’s are no longer met. See vzw.com/bring-your-own-device for details.
Help
Sign in
Turn on suggestions
Auto-suggest helps you quickly narrow down your search results by suggesting possible matches as you type.
Showing results for
Search instead for
Did you mean:
More Options
Correct Answer!
Why can't I send or sync picture messages with only one contact?

I 've got a really strange any annoying problem with Verizon Messages going on between the app on my Google Pixel phone and the app on my Windows 10 PC.  I have used Verizon messages on my PC for several years, other than the not always keeping synced with my phone problem that they can't seem to fix it's work ok.

This week I noticed that one of the pictures I had sent to a certain contact from my PC had failed to send.  So I tried again, and again.  Kept failing.  Sent a text message to them and it went right through.  Tried the picture, failed again.  Ended up transferring the picture to my phone and sent it and it went right through.  But when I looked at the Verizon Messages app on my PC I saw that the picture I had just sent from my Phone hadn't fully downloaded to my PC.  It just showed  a thumbnail of it and a little download arrow with the file size button in the middle of the picture. 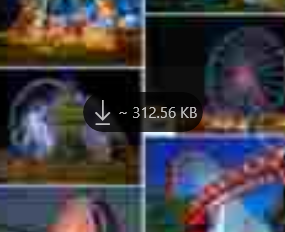 So I click the button,  and then a little "X" with a spinning circle  appears but it never downloads, ever! 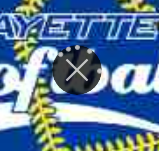 If I click the "X" it will go back to the download arrow and File size info button.  Still everything looked and worked fine on my Phone.

So then I start going back through recent pictures with that same contact and many of them are doing the same thing.  Ones that they had sent me and ones that I had previously sent them.  How ever on my phone those pictures seem perfectly alright.  I began to look at message threads with other contacts and there were no problems with any of the other contacts.  So I sent several pictures to other contacts as a test and they all went through just fine.  Went back to the original contact tried sending another and it failed.   ugh!

Things I have done to resolve the issue:

1.  Deleted the entire conversation thread with that contact,  Started a new one.  Same problem.

2.  Uninstalled Verizon Messages on my PC and Reinstalled it,  Synced all messages to the PC again, Which took forever, Same problem.

3.  Asked that particular contact if they had changed their phone service recently, they had not, and they also are on Verizon Network.

Very strange!  I t-shirt printing and send proofs to people all the time by text message, This particular contact is probably one of the most common people I send them to, I send thousands of messages a month, Why is this the only contact that this is happening with?

Labels (1)
Labels
Tags (2)
I have the same question
0 Likes
Reply
4 Replies
Correct Answer!
Re: Why can't I send or sync picture messages with only one contact?

In further research I found that the pictures shared with this contact all show up in the web based version of the app on verizonwireless.com.  So it's only the PC version and only this one contact.  Weird!

JEFMAR75 You are absolutely right, this is weird. We definitely want you to be able to send any picture. Also, you have already done some wonderful troubleshooting on your own.  The excellent details are greatly appreciated. Quick question, have you tried to send this picture to another contact?

DeloresK_VZW
Follow us on Twitter @VZWSupport
If my response answered your question please click the �Correct Answer� button under my response. This ensures others can benefit from our conversation. Thanks in advance for your help with this!!

I have tried sending the same picture to others as a test and it works fine.  And it not just one picture that was doing this.  It's all pictures sent to this contact that are acting this way.   Thanks

It is interesting that you only have this issue with one contact. I would suspect the trouble may be on their end, as picture messages from your computer work with everyone else. I would urge them to contact our tech support for help with this.

NoahS_VZW
Follow us on Twitter @VZWSupport
If my response answered your question please click the "Correct Answer" button under my response. This ensures others can benefit from our conversation. Thanks in advance for your help with this!