In-Store or Curbside Pickup: (excludes prepaid):
Same-day delivery: Same-day delivery is available in select areas.
Help
Sign in
Turn on suggestions
Auto-suggest helps you quickly narrow down your search results by suggesting possible matches as you type.
Showing results for
Search instead for
Did you mean:
More Options
Correct Answer!
Dear Verizon...

My contract is just about up, and I would really like to stay, but you're not giving me many reasons to.  I would welcome your feedback on any of these issues:

You're breaking your own contract.  I've purchased my "Unlimited Data Plan", which you are now limiting.  Don't give me your "We're not limiting your data just reducing the speed" argument -- reducing the speed (throttling) reduces the total amount of data that I can use in a given interval.  I'm paying for Unlimited Data, so why are you limiting it?  Your own ads tout streaming video, downloading, mobile browsing, staying connected...  My activities are no where near what your ads tout as typical behavior, but apparently you're unhappy that I'm actually using the data plan that I paid for.

You're forcing me out of my current plan.  If I want to upgrade to 4G - which I do - I'll have to give up my "Unlimited Data Plan" in favor of your tiered usage plans.  That might not be so bad except that your rates are high and your overage changes are obscene.

You're not covering the most useful location for me: the Boston subway system.  AT&T and T-mobile have full coverage.  The T has announced new infrastructure to support everyone, but so far Verizon has shown no interested in expanding coverage through the system, leaving us with only 4 (four!) covered stations.

You're charging me for text messages.  Data is data.  you charge the sending and receiving of SMS messages.  I'm already paying for a data plan.  You're double-charging and double dipping.

You're charging both parties on a phone call. Again, double dipping.

You're charging me for using using my phone as a hotspot.  My data.  Why do you care how I use it?  Again, double dipping.

You keep charging me for a phone I've already paid off. You'll subsidize my phone and amortize the difference with an elevated fee on a two year contract.  But then after two years you don't drop the fee.  Why am I still paying?

Anyone else sick of these practices?  Any solutions out there?

I doubt Verizon will respond since this is a peer-to-peer forum.  Since your contract is almost up, you can probably upgrade your phone now with a subsidized price.  Go to My Verizon and check your upgrade date.  It's 20 months into your 24 month contract.  If you upgrade to a 4G phone, you can keep your unlimited data for the duration of your new 24 month contract.  Then, when the contract expires, as long as you don't sign a new contract after that, you can keep your unlimited data plan.  The only thing you can't do is purchase a new phone at a subsidized price after this change goes into affect.  You will have to pay full retail price if you purchase from Verizon.

Which voice plan do you have?  If it's 1400 minutes or more, Friends and Family gives you 10 numbers (I think it's 10) that you can call for free.  I don't have this, but most of the people I talk with have Verizon, so it's free anyway.

I have never experienced any throttling of data speeds, but I have never used more than 5GB in a month and I'm on 4G.  Maybe that's the difference.

Thanks, jimfitzgerald.  I know, I'd be surprised if I got an honest, direct response.

As I understand, Verizon won't allow upgrading to a 4G phone with an unlimited data plan.  I'd have to stay with my current phone to keep my unlimited plan.

Verizon's throttling practice (admittedly better than some) is to only throttle 3G Unlimited Data accounts that have exceeded 3GB over the last 3 billing cycles (or something like that) when the tower they're on has a heavy load.  My objection here is more about the practice than the experience.  I see it as another point of leverage to force me into a plan that they can charge me more for.  I'm, frankly, amazed they can get away with this, which seems like a blatant violation of their own terms of service.

Thanks for the input, though.  Yes, there's Google texting.  Comcast is offering it too.  But as you point out not having it on my mobile number defeats the purpose.

I'll have to run some numbers.  It might actually make more sense to pay for an unlocked phone outright.  And T-Mobile may actually have enough coverage for me....

You can upgrade from 3G unlimited to 4G unlimited if you do it before the changes take place.  When you order your new phone from Verizon, you will have to choose the 2GB data plan.  Then, you immediately call *611 and have them reinstate your unlimited data plan.  Google Voice texting works perfectly on your phone.  Call *611 to verify what I have just told you before ordering your phone, but I am positive I am correct.  By the way, the Motorola Droid Razr Maxx is a great 4G phone. 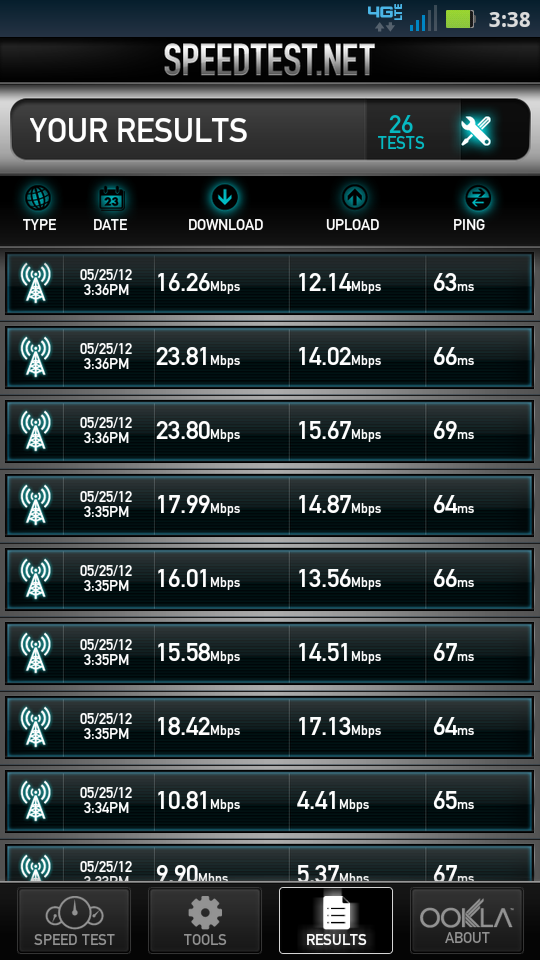 Thanks for the Test Results: but my post must of went poof! Lol

That was a different thread.

Agreed.  I switched from AT&T to Verizon and that appears to have been a mistake.  Verizon has non-existent data service on the MBTA/Boston subway.  Looks like I will be a customer for 2 years only.