Mobile solutions
Home solutions
Have a phone you love? Get up to $500 when you bring your phone.
$500 via Verizon e-gift card (sent w/in 8 wks). Activation of 4G LTE/5G phone on 5G Get More plan req’d. Device must remain active for 45 days. $500 charge back if service cancelled w/in 12 mos or eligibility req’s are no longer met. See vzw.com/bring-your-own-device for details.
Help
Sign in
Turn on suggestions
Auto-suggest helps you quickly narrow down your search results by suggesting possible matches as you type.
Showing results for
Search instead for
Did you mean:
More Options
Correct Answer!
Misinformed promo

My wife and I went into the Verizon store a week ago and discussed the promo which provided a switch over to Verizon of $200 per line. We were switching 4 lines over which would have given our account an $800 gift card.  We asked the sales clerk if we could convert the account the net monring and if the promo would still be available.  If not, we would have had our daughters come to the store and changed that night.  He statues that it would be no problem and the promo would still be valid the next day.  We went to the store the next morning  and potted all of our phones numbers over, purchased 4 new phones, and we just needed to sign the receipt when the sales person came out and let us know the promo had ended that day and that there was no promo.

i have only been able to get potential $200 but they will not honor the promo that was offered the night before and was told that would be valid the next day.  Now they claim that they are never given end datea.  It would have been nice to have them tell me when we when in that morning that the promo had ended before I went through the entire process.  Don't your company inform your stores when promos are ending 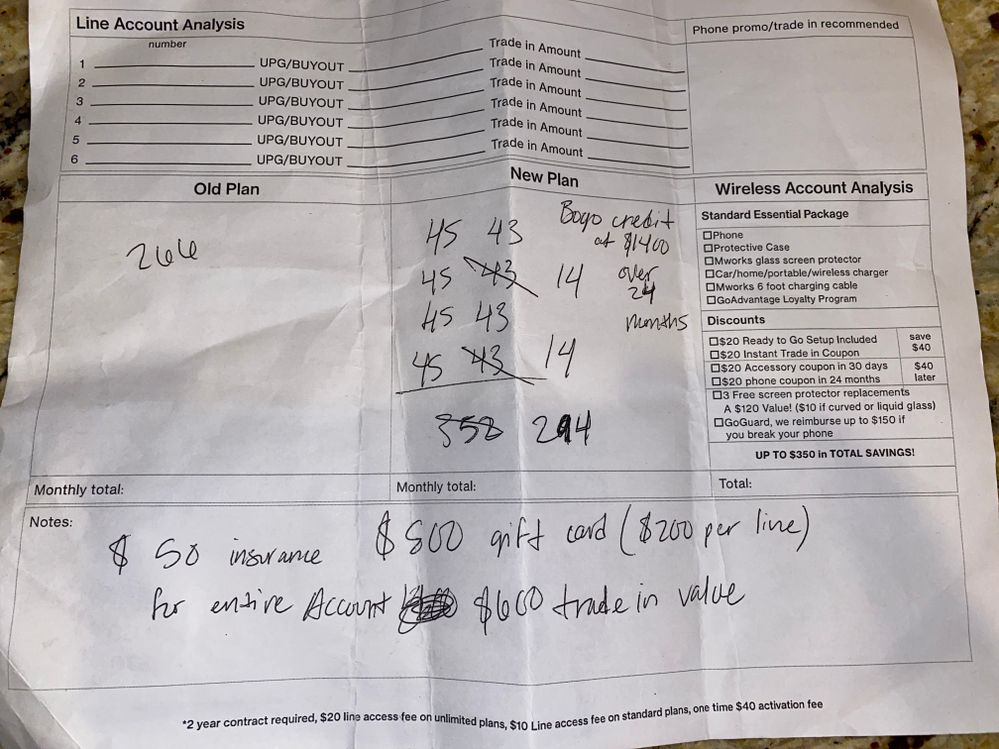