Mobile solutions
Home solutions
Have a phone you love? Get up to $500 when you bring your phone.
$500 via Verizon e-gift card (sent w/in 8 wks). Activation of 4G LTE/5G phone on 5G Get More plan req’d. Device must remain active for 45 days. $500 charge back if service cancelled w/in 12 mos or eligibility req’s are no longer met. See vzw.com/bring-your-own-device for details.
end of navigation menu
Help
Sign in
Turn on suggestions
Auto-suggest helps you quickly narrow down your search results by suggesting possible matches as you type.
Showing results for
Search instead for
Did you mean:
More Options
Correct Answer!
Not credited for promotion or returned phone

I am at a loss as to how to resolve my current issue and am wondering if others had similar experiences.

I have four lines on my account. In March 2022, I traded in three phones and purchased an upgrade on the fourth as part of a "buy one, get another on us" promotion for the Apple iPhone 13 Pro. I received four phones, and only two return kits/labels.

I contacted Verizon and asked what to do - I had four phones, three of which that were trades/upgrades, and a fourth that was a "buy one, get another on us" promotion, and only two return kits and labels, with absolutely no indication as to which phone belonged to which label. I was told I needed to return all four phones, and that I should put two in each package, and I was emailed two new labels and told to use those instead. None of this felt right, but I did what was recommended by the Verizon representative. All four phones were received by Verizon in good condition over two months ago.

I received trade-in credits for three phones, but the fourth - the "congrats! you're getting the selected device on us" phone - I am now paying full price for. I have contacted Verizon numerous times, through text, message, phone, support tickets - and after explaining the situation over and over and over, I have heard varying explanations, to include "you never sent your phone in" (yet I have written confirmation that it was received in the warehouse in good condition), "but you received your promotion on the line number xxx-xxx-xxxx" (yes, but that's not the line I'm asking about), "ok let me check into this" (only to be disconnected), "you will get your credit eventually, it just takes longer than other promotions" (it's been nearly three months), among many other equally unhelpful responses.

I have been a Verizon customer for 20 years and have never been dragged through circles like this. I'm now on month three of paying $30.55/month for a "free" phone, and have received $0 credit for an iPhone 11 that I returned in perfect working order with defects that has never even sustained a scratch, which makes me question whether the direction to return it was even appropriate. I have all of the documentation showing that I qualified for and agreed to this promotion, yet customer support has been unable or unwilling to help. At this point I have tried to contact Verizon in every way possible (minus social media) and am at an absolute loss for what to do next. I am curious as to whether anyone in the community has had similar circumstances and how you may have reached resolution.

Any insight anyone can provide would be greatly appreciated. 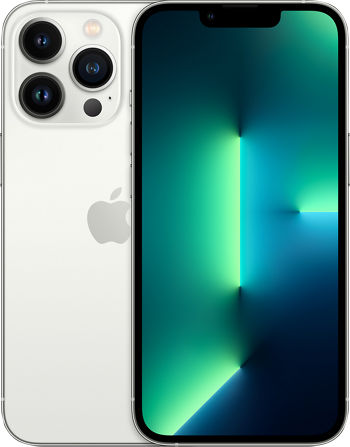 Apple iPhone 13 Pro
View in Store
I have the same question
0 Likes
Reply
5 Replies
Correct Answer!
Re: Not credited for promotion or returned phone

Hello kristi_vee! We're sorry for the whole ordeal with the trade-in, and we'd love to help. Please reply to our private note to better assist you. We'll be standing by.

On January 4th, 2022, I signed up with Verizon for a new personal cell phone account. At the time, the company was running a public promotion that promised a $1,000 rebate, spread over 24-36 months, for certain eligible phone trade-ins (promotion code 354917-4483, valid 11/29/21-1/6/22).  The phone that I mailed in for the trade-in was a 2020 model iPhone 12 Pro Max (in good working order and with no major damage to the case or the screen), which was eligible for this promotion according to the terms.  I signed up as a new customer at the Verizon retailer located at 6266 Irvine Blvd, Irvine, CA 92620, and at the advice of the representative there I mailed in my iPhone 12 Pro Max a few weeks later in the Verizon-provided prepaid box with UPS tracking number 1Z00094A9099504232.  I have video and photographic evidence of myself putting the phone in the box and physically delivering the package to the UPS Store.  According to the tracking number, the phone was received by Verizon on January 29, 2022, and I have since confirmed with multiple phone representatives who have located the phone internally that it was in fact received.

It has now been a full 5 months with no resolution in sight and I have not received a penny for the phone that I mailed in.  I have had the in-store reps call Verizon customer support 3 times on my behalf, I have personally called in at least 10 times myself, and I have submitted 3 separate “promotion correction” or “rebate fallout” forms as the reps referred to them.  Every representative I speak to hears my story, assures me that it will be fixed, comes up with a different excuse for the problem, and then nothing happens and I have to start from scratch again.  Some of the excuses I have heard were that the forms were filled out incorrectly or that my promotion correction request keeps getting denied because I was outside of the promotion period.  This is false.  I signed up for the account on 1/4/22 as your records will indicate, and the promotion ran until 1/6/22.  I mailed in the phone as soon as I received the Version return box in the mail, so there was certainly no delay on my part.  Meanwhile, I have been diligently paying my Verizon bill every month as well as the full cost of the new device that I purchased with my plan.

At this time, I believe that I have given the company sufficient time to correct this problem and I am at a point where I am ready to contact a consumer protection attorney.  However, I stumbled onto this page and saw that you had assisted another customer with a similar issue.  I am sincerely hoping that by reaching out here I can expedite a resolution to my case.

Kirillnech, thank you so much for reaching out to us today. I do apologize for the amount of time that has been spent trying to get this resolved for you. The best way we can start reviewing all the details is by being in a Private Note. I have sent you a Private Note, please respond to that message. Thank you.

Why am I not surprised at all these posts that Verizon Wireless is not honoring trade- in promotions.

Received an email last night that my trade-in value for the Galaxy 9 + was reduced to $400 from $800 because the expected device was not received, but an S8. Completely fraudulent as I never owned a Galaxy S8. Took a video and pics while I was packaging the 9+ and when I went to the retail location at 10AM today that processed the upgrade 3 weeks ago to show them the email, and pics of the SM and IME#'s on the back of the S9+, the rep said, "I cannot have this conversation with you".

Have been on the phone with Verizon Wireless customer service now for 1 hour and 3 minutes, and counting. The representative cannot process the promotional correction and need to schedule a call back - Monday 6.6 @ 9AM. Me and my legal representation will be waiting.

Sadly, I see that unfortunately others have had similar issues without resolution. As an update, I responded to the direct message and started a secure chat. Despite having written confirmation from Verizon that I was eligible for the promotion at the time, and a copy of my receipt dated 3/28/2022 confirming the promotional credit, Verizon still has not agreed to honor the promotion outlined in my purchase receipt, and abruptly ended the chat.

I have filed a formal complaint with the BBB.