$899.99 (128 GB only) device payment purchase or full retail purchase w/ new or upgrade smartphone line on One Unlimited for iPhone (all lines on account req’d on plan), 5G Do More, 5G Play More or 5G Get More plans req’d. Less $899.99 promo credit applied over 36 mos.; promo credit ends if eligibility req’s are no longer met; 0% APR. Excludes Verizon Prepaid plans.
end of navigation menu
Help
Sign in
Turn on suggestions
Auto-suggest helps you quickly narrow down your search results by suggesting possible matches as you type.
Showing results for
Search instead for
Did you mean:
More Options
***Announcement: We’re excited to inform you that we will be merging the Fios and Wireless Communities to a unified Verizon Community with a new look and feel throughout. If you are interested in what specifically has changed, please see the New Revamped Community article under the Featured Topics.***
Correct Answer!
Verizon Knowingly Puts Families at Risk

I have a long message below that was written after a dangerous domestic abuse situation occurred within my family this last week.  Verizon knowingly and purposefully shut off and maintained a shutoff of my 3 cell phones and a mobile hotspot during the entire 80 hours of this emergency. When I needed to be spending dozens of hours addressing the emergency I ened up spending nearly 30 hours on the phone with Verizon reps, in the store with Verizon reps, etc. I even posted this to this forum yesterday and it was removed and my access to the forums and myverizon were revoked.  It took another two hours on the phone with tech support to help me regain access this morning.

I was upset so it's a bit rough to read but here's my story (and it includes a lot of background info about my family situation).

I just had one of the worst experiences anyone could have with a phone company. I’ve been battling a domestic abuse case for years with my ex and their new spouse. The spouse is abusive but is a doctor and even tells my child that they know how to hurt them without leaving marks. My child has been in and out of the hospital for over a year diagnosed with complex PTSD. I was a stay at home parent prior to divorcing but my ex spouse locked all our money away before the actual divorce and I was unable to hire lawyers. Now they’re married to an abusive person who is also a doctor and between the two of them they have seemingly endless money to fight all this in court. So I can’t get anywhere with the courts. I finally live in a new state where my children and I are finally able to start getting help. This past week we had an emergency situation with one of my children which ended up with 911 being called and them being taken to the ER. The child has struggled to report the abuse because of fear of losing either or both of their parents but the ER visit was a direct result of the abuse. During this time all of my 4 phone lines were shut off due to what Verizon calls redline. My auto-pay didn’t go through because my bank account had been locked due to suspect charges.  This was on a Friday afternoon as my child was being transferred from one hospital to another a two hour drive away and I was working with the courts, lawyers, hospitals, doctors, therapists, police, etc not to mention my job and school.  I got the payment cleared up immediately but Verizon refused to turn service back on to any of my lines for over 72 hours, even though they confirmed they knew I had been calling the police, 911, various doctors and county offices and had been spending my time between the ER and the other hospital. I even went to our local Verizon store to seek help. I paid cash for new devices hoping they would work. During an emergency you’ll spend any money necessary to be able to communicate. However right after the salesman activated these devices and handed them over to me they were immediately shut off. I tried going to another

Because so much digital security is tied to our phones I was unable to access email, bank, insurance information, or make calls, very very important calls. This led to a very dangerous situation where, since I wasn’t able to contact the hospital my child was legally required to be turned over to their other parents, that would be likely to harm her for starting to report the abuse.

As a result of those crucial hours without my phone I’m having to drop out of school for the quarter (those seeking technical degrees at tier 1 universities that operate on the quarter system can back me up on that). My income is based solely off the grants and scholarships i receive for school. This means we will lose our campus housing, and we have no other housing making us effectively homeless. I have to pay back tens of thousands of dollars in financial aid. On top of it my child was stuck in the hospital for extra days beyond what the insurance company will pay because I wasn’t able to accomplish the things I needed to to make sure she could be released.  So we’re on the hook for tens of thousands of extra dollars there. Not to mention the pain of a nearly 60 hour panic attack and the pain my children at home faced seeing all this happen.
I spent days trying to get my phone working as they are required for nearly every aspect of modern life including access to emergency services (911 is hardly an important number with the kinds of problems my family faces). And since all data on our phones has been moved to the cloud without us asking for it I was unable to access all the necessary phone numbers, insurance, account, s.s.n., etc etc that I store on my phone.

This was a horrendous experience that Verizon knowingly and purposefully created. 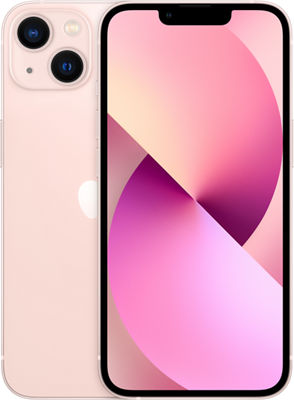