In-Store or Curbside Pickup: (excludes prepaid)
Same-day delivery:
Sign in
Help
Turn on suggestions
Auto-suggest helps you quickly narrow down your search results by suggesting possible matches as you type.
Showing results for
Search instead for
Did you mean:
More Options
Correct Answer!
Verizon= Terrible Customer Service and Liars

I recently contacted customer service for assistance in processing an order for a new smartphone using the Verizon After Hours Sale promo for $300 off select smartphones over $400. The system would not process it due to a conflict with an unknown "promo" active in the carts. I received the run around being changed over to 6 different agents, hung up on and cut off over the course of 2.5 hours. They sent me to CS then to Internet sales and back to CS and back to IS. It wasn't until the final agent called me a liar b/c they were unable to locate the VZW300 promotion. They stated that I did not find the promotion on their webpage. Funny thing...I took a screen shot and sent it to them, now what? I escalated the call after calling me a liar and stating that I was trying to cheat them. While talking to the final CS agent, they were unable to locate the promo and after several requests for an email address, I sent them the screen shot. She then proceeded to forward me back to IS to try to troubleshoot and secure the deal. After 5 min on hold again, she came on the line and stated that she miraculously located the promo code and would send it to the IT team for troubleshooting. Well, they troubleshot it alright. Now the code is invalid and it appears that they didn't want to honor it and were only stalling until they could secure the issue. I have been a customer for 14 years now and I can absolutely see why everyone is fleeing the sinking ship. This company does not work for their customer. If you call them, they'll call you a LIAR. If you are a liar, they'll most likely hire you.  Sell your stocks and get out while you still have all ten fingers there are cheaper providers with equally good coverage!

I've included the screen shot below showing the current banner and most recent phones below it. (take special note of the web address authentication in the browser bar!) If anyone would like the names of the customer service reps that called me a liar or made false promises, reply and I'd be more than happy to put them on blast as well!!! 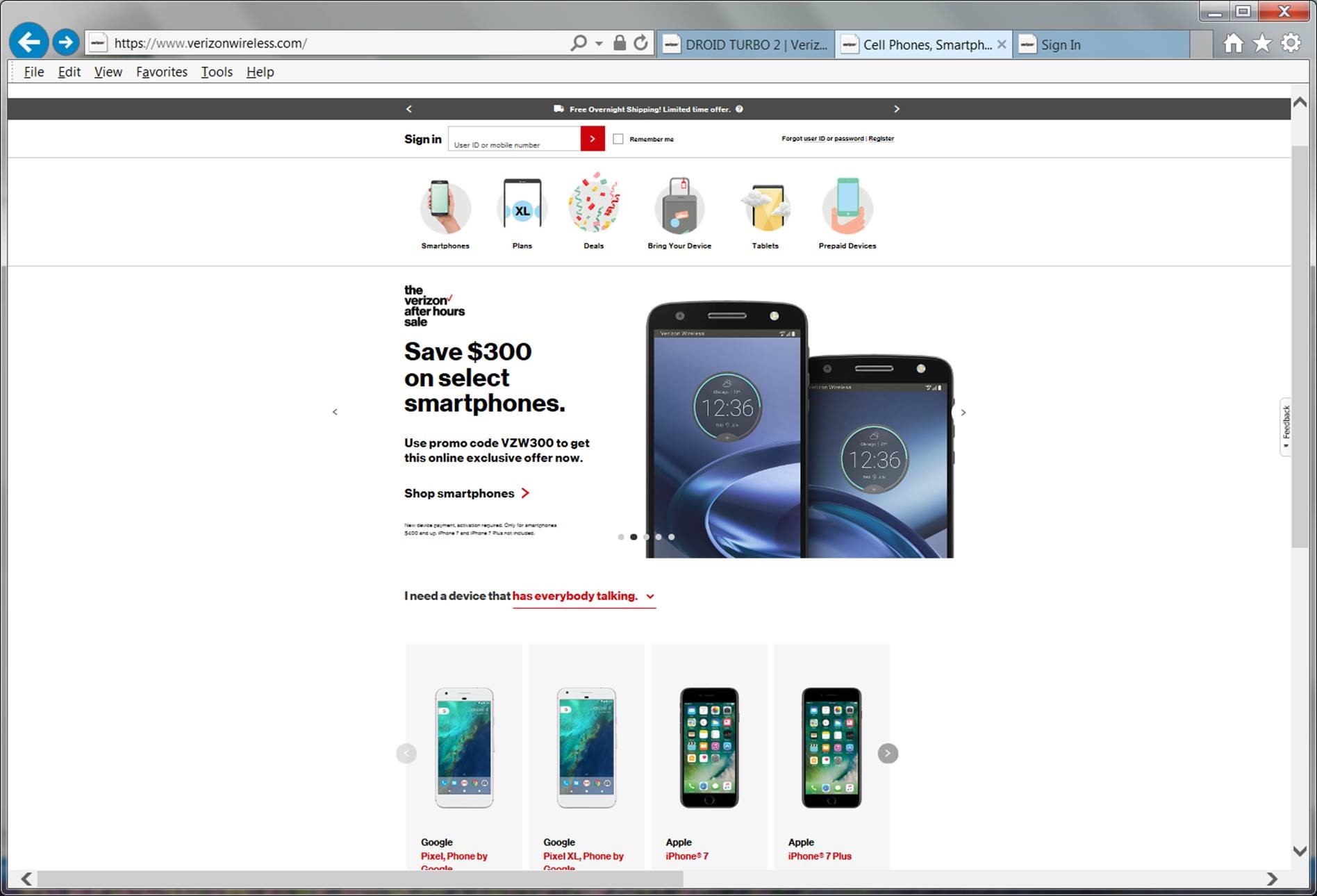 It appears to have been an online only offer meaning the phone reps wouldn't have access to it.  Why were you calling customer service?  Was it to place the order with them or were you having trouble with the website?

The promo would not populate in the cart. It kept giving a multiple promo error. Seems they were applying an unknown promotion to the cart prevent the use of the special promotion. I called CS to get to the Internet Sales department to apply the promotion to lock it in. ISales wasn't able to locate it even though it was a current banner on their page at the time.