Help
Sign in
Turn on suggestions
Auto-suggest helps you quickly narrow down your search results by suggesting possible matches as you type.
Showing results for
Search instead for
Did you mean:
More Options
Correct Answer!
Why does Verizion care more about $30 than keeping customers?

Labels (1)
Labels
I have the same question
0 Likes
Reply
7 Replies
Correct Answer!
Re: Why does Verizion care more about $30 than keeping customers?

The upgrade fee is $30 per phone line.  How many lines were you upgrading?

I would check the email you got again.  In the fine print of the ones I get it has "Activation/upgrade fee/line up to $35."  The activation for a new line is $35 and the upgrade fee is $30 for purchase of a subsidized two year contract price.

We have 5 phones on our plan...I read my email - several times...it doesn't say it on the email I received. The fee is charged per phone/not per account and I am not the only complaining that either nothing was said to them and they were blindsided at check out or that they were not told and the fees appeared on their bills.

The fine print from my email. 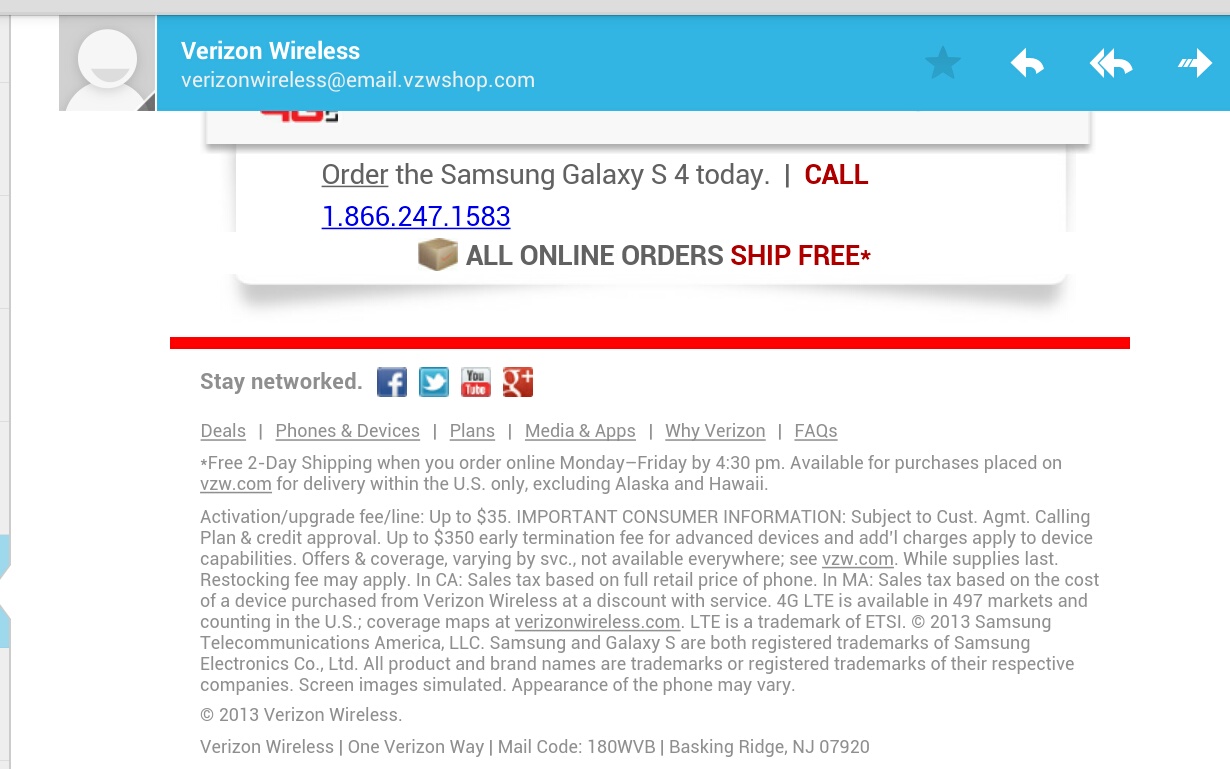 1 Like
Reply
Correct Answer!
Re: Why does Verizion care more about $30 than keeping customers?

The upgrade fee has always been per line.

If an upgrade fee ended up on someone's bill then the customer upgraded at a third party retailer and not a corporate store.

Firstly, the upgrade fee has been around since April of last year. Sorry you didn't know about it, but frankly it's old news by now.

Secondly, Verizon is actually charging you LESS than any other carrier would for an upgrade. AT&T's upgrade fee is $36, and Sprint's is all kinds of messed up and involves some sort of extra activation fee. So I wouldn't get all upset over the upgrade fee if I were you since leaving the company will cost you much more over time than just sticking with 'em.

Thirdly, there's no real excuse for how that CSR acted towards you, imho no CSR should ever tell you that their company values money more than their customers. That in particular I would file a formal complaint against that rep specifically because that behavior is inexcusable

I highly question whether the CSR actually said that, the way it is written

Annoyed_at_Verizon I know EXACTLY how you feel.  It's almost feels like a betrayal of sorts.  I've been with Verizon Wireless since it merged with Bell Atlantic - too long to remember.  I've never had a problem and always prided myself on being able to say "my cell phone service is with Verizon not Customer No Service Sprint".  I've experienced a problem with Verizon for the past year, and still have yet to receive any resolution.  After years of paying for insurance, and 6 years of not using free upgrades for 2 of my 3 cell phones, I was forced to purchase a full priced data package because Asurion no longer offered basic cell phones as replacements.  Surprisingly enough, Verizon was willing to sell me a recycled one for $100.00!  I am still livid.  To top it off, I was not eligible for unlimited data at $30, although a family member who has been with Verizon for less than 5 years (on my referral) was.  After being hung up on, treated without any respect, and finally told if I had to leave they were sorry to see me go, I gave in and decided to use a $100 Upgrade Credit that had been on my account since 2009.  Would you believe when I logged on to use the credit last week it was gone.  Verizon's response, we removed it because we no longer off it!  Can you believe that?  I understand no longer offering the credit, but to remove a credit already given to a customer is so underhanded.  The worst part, not one representative offered to give it back.  The most I was offered was a $10 discount on the 30 2GB charge, but when the rep tried to give me that, she was told by a superior that she couldn't do so, as it was only available to customers on the Family Share Plan.   I went in to the local store to confirm what I was told and the local representative gave me the website www.verizonwirelesssurvey.com , and assured me before porting my numbers to a new phone carrier, I should leave my complaint on that website and someone would definitely call me.  Well it's been 2 weeks and not one phone call or email.  Surprisingly, not once has the call been escalated to a manager or to a customer retention.  I guess loyalty means nothing to Verizon Wireless anymore.  It's time to change carriers.