$899.99 (128 GB only) device payment purchase or full retail purchase w/ new or upgrade smartphone line on One Unlimited for iPhone (all lines on account req’d on plan), 5G Do More, 5G Play More or 5G Get More plans req’d. Less $899.99 promo credit applied over 36 mos.; promo credit ends if eligibility req’s are no longer met; 0% APR. Excludes Verizon Prepaid plans.
end of navigation menu
Help
Sign in
Turn on suggestions
Auto-suggest helps you quickly narrow down your search results by suggesting possible matches as you type.
Showing results for
Search instead for
Did you mean:
More Options
***Announcement: We’re excited to inform you that we will be merging the Fios and Wireless Communities to a unified Verizon Community with a new look and feel throughout. If you are interested in what specifically has changed, please see the New Revamped Community article under the Featured Topics.***
Correct Answer!
false advertising class action lawsuit?

So just wondering if im the only person sick of companies like this blatantly lying to draw people in?  This is far from the first time this has happened but today seems to have annoyed me the most.

If you navigate to the main Verizon wireless webpage, the first thing that pops up states  "get ALL the epic black Friday deals, All weekend long"   well after chatting with customer service that is a clear lie. She stated "that is only certain items".

yesterday (on black Friday) most phones had a $400 off discount. As of today that number dropped to only $200. So clearly all the black Friday deals are NOT going on all weekend long. 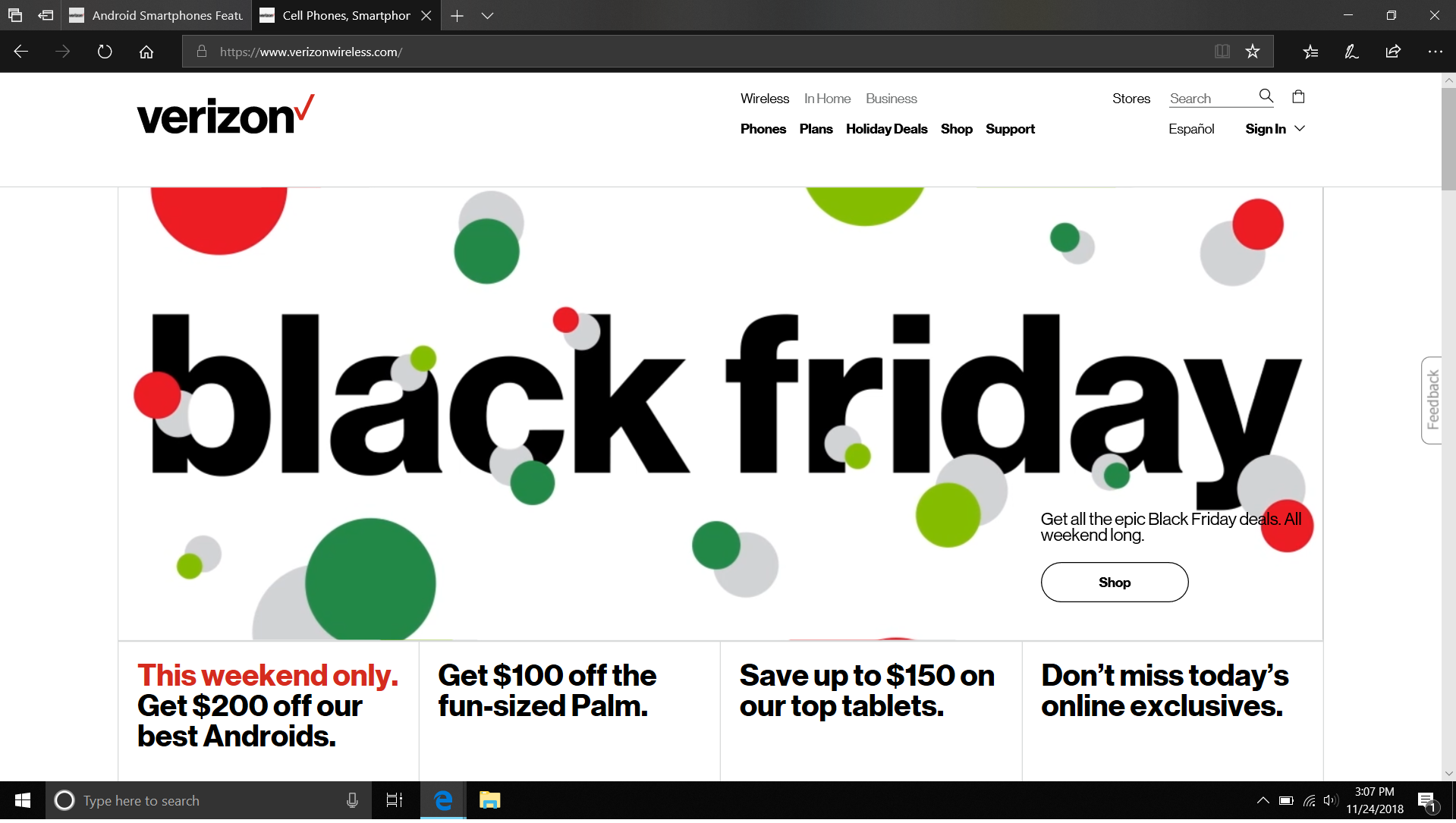 Your pic does not state what you claim. Also you can not sue in class action. And even if you did it would take years to go through the courts and at best you might receive a few dollars. So what is the point of class action? Why didn't you just get the phone on Black Friday?

the picture absolutely shows that they stated all black Friday sales all week long. 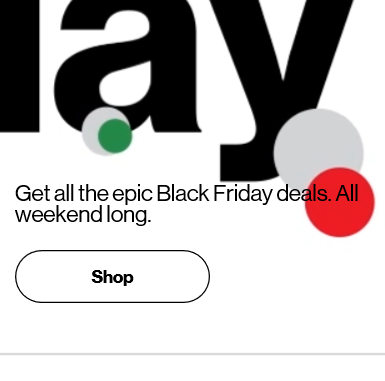 as for the reason I didn't buy it on black Friday, its pretty simple. their site clearly listed that the black Friday deals were going on all weekend long so I was in no hurry as it wouldn't ship out over the weekend anyway.

The law suit wouldn't be to make me money. it would be to make Verizon lose money, whether I got $2 or $20. multiply that times the millions of people and that would be hopefully a wake up call to them. These companies do this kind of stuff all the time. Seems as if false advertisement isn't a real thing anymore.. They do whatever they can do to get you to their page, once there everything changes.

Maybe the 'epic Black Friday deals' weren't what you interpreted them to be. Did you check ahead of time to see what they were and make sure what you wanted was included?

it seems as if you didn't read the initial post.. the black Friday deal that im referring to is listed there. was $400 off the pixel 3. as of Saturday that deal disappeared even though the website stated ALL black Friday deals ALL weekend long.

"Starting online Thursday and in-stores Black Friday, get $400 off the best Android phones on the market – Google Pixel 3, Pixel 3 XL, Samsung Galaxy S9, Galaxy S9+, Galaxy Note 9 and LG V40 – without having to trade in your current phone. This deal ends midnight on Friday, but you can still take $200 off the same great phones with no trade-in required through Saturday and Sunday."

The announcement states the $400 off deal ended Friday at midnight. There was a different deal on Saturday and Sunday.

$200 off is still a deal. You don't get to point fingers because you acted slow.

Eww there's so much victim blaming going on and very little people (consumers) siding with the consumer... something is very wrong in society right now, and I would say it's a lack of human centered capitalism.

it seems as if you didn't read the initial post.. the black Friday deal that im referring to is listed there. was $400 off the pixel 3. as of Saturday that deal disappeared even though the website stated ALL black Friday deals ALL weekend long.

I wouldn't be suprised if Verizon hired a company to hire respondents.  So don't go into this Verizon supported community.  Obviously, they can't read or they are paid respondents.  Either way you are better off on FB.  Where people can empahize with Verizon's pattern of bate and switch.  Sorry for your experience.  Yes, many policies at Verizon need to become legal class action.

I wouldn't be suprised if Verizon hired a company to hire respondents.  So don't go into this Verizon supported community.  Obviously, they can't read or they are paid respondents.  Either way you are better off on FB.  Where people can empahize with Verizon's pattern of bate and switch.  Sorry for your experience.  Yes, many policies at Verizon need to become legal class action.

Actually the FCC applies rules and regulations to community forums like this one.    Some of those rules it is that there be no misrepresentation. Employees must be identified as such.  And while they are allowed to ‘reward’ certain participants for providing accurate information on the forum,  the limit is $100 in non cash trinkets.   BTW, Verizon does not have such a program.  They tried to start one several years ago, and I was “invited” to join.    It never got off the ground and after a tote bag and water bottle gift, it died completely

At&t has an active Ace program, which stick to the rules.

I was with Verizon for 17 years, switch to AT&T for 5 1/2, and just switch back to Verizon in August.

There are not enough water bottles, keychains, or cheap flashlights that are going to get me to say anything other than what is the truth. Both carriers have problems. AT&T has considerably more problems than Verizon does. Who I pay for service is strictly a matter of self interest, a.k.a. my wallet.

Fyi “bait” is the correct spelling.

99% of the problems with people not getting an ‘expected promotion’, is they never read the promotion.