Mobile solutions
Home solutions
Have a phone you love? Get up to $500 when you bring your phone.
$500 via Verizon e-gift card (sent w/in 8 wks). Activation of 4G LTE/5G phone on One Unlimited for iPhone (all lines on account req'd on plan), 5G Do More, 5G Play More or 5G Get More plans req'd. Device must remain active for 45 days. $500 charge back if service cancelled w/in 12 mos or eligibility req's are no longer met. See vzw.com/bring-your-own-device for details.
end of navigation menu
Help
Sign in
Turn on suggestions
Auto-suggest helps you quickly narrow down your search results by suggesting possible matches as you type.
Showing results for
Search instead for
Did you mean:
More Options
Correct Answer!
HTC Windows Phone Burn Victims
MadDogFL62
Novice

When Windows 8 rolled out almost 2 years ago, it was exciting to see Samsung, HTC and Nokia roll out devices at Verizon.  I was happy to DUMP my HTC Trophy to get on board with Nokia.  With the exception of my carrier issues, my Nokia experience has been a very good one.  My HTC experience with Windows Phone 6.5 and 7 was lackluster.  Few updates and not much support.

What a great way for Verizon to kick off a new HTC Windows Phone device.  (Then blame low Windows Phone adoption on lack of interest.)

It's almost amusing that the Media believes that the new HTC One W8 will get HTC back into the Windows Phone game.  The last batch of HTC Windows Phones were short on hardware features (gyroscope, SD card slot, etc.), the phone corners discolored after 30 days of ownership, and the phone received minimal updates from HTC.  With the number of Nokia devices out there to choose from, it will be interesting to see who makes a decision to invest in the new HTC.  Especially of the burn victims with Verizon. 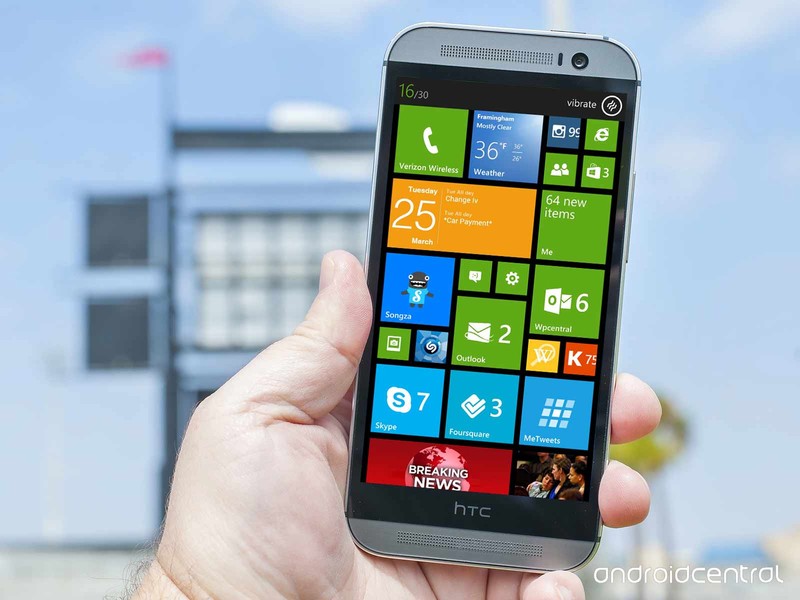 More news about the HTC One W8.  Good news, I guess, considering that Verizon did not have HTC scale back any of the hardware specs on the W8.

Still not a peep from VZW regarding new drivers and 8.1 Cortana for the old HTC 8X devices.  After almost 2 years on the market, no updates?  Quite a dark cloud to have hanging over the W8.

Some interesting comments in the news article below too.  Good commentary on the W8 getting Microsoft more focused on another high end device, etc.

Now only $49.  With a 10 year contract.  Yep, another HTC device, just like the last one.  You know, the HTC 8X that you bought - ON CONTRACT - that Verizon will not provide drivers for or update to 8.1 Cyan.

Hey Verizon.  They taste better with a little salt and pepper.  Eat up!

Worth waiting for.  Another carrier, that is.