Help
Sign in
Turn on suggestions
Auto-suggest helps you quickly narrow down your search results by suggesting possible matches as you type.
Showing results for
Search instead for
Did you mean:
More Options
Correct Answer!
Nokia 822 doesn't display files when connected to win7 pc

I am wanting to copy a sound file to "custom ringtones" per nokia help on my phone.  When I connect the phone to my pc, the phone shows up, but I can't see any files or folders on the phone.  I've tried this on 2 different windows 7 pc's that are current with patches as is the phone.  Any ideas other than returning the phone??  Otherwise, the phone seems good.

Do you get this screen when connecting your phone?  I know when I first did I had to download the Windows Phone app to browse the phone contents. 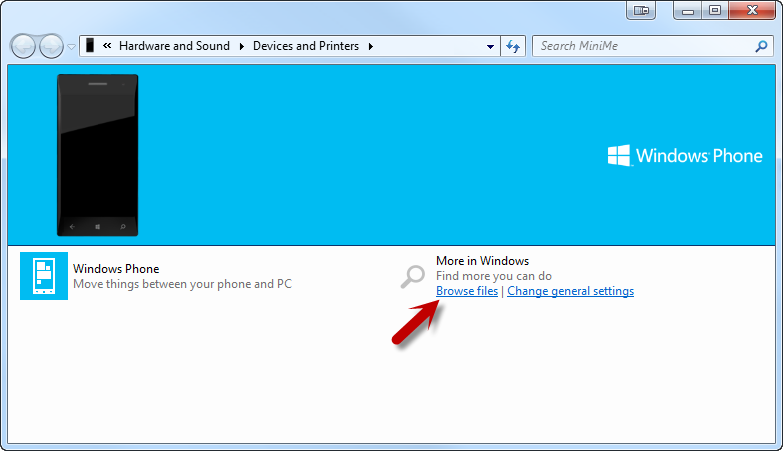 yes, and i installed the app.

So you view the files on the phone now when you click "Browse Files"?

Message was edited by: pri mortal

I am also having this issue. I did a hard reset, soft reset, reset of the device to no avail. The app does not let me get past naming the device, when I hit continue nothing happens. I've tried on 3 computers all win7 x64. I've even called Nokia, they have no idea what is wrong, I may just have to take it back, waiting on their tier2 to call. Note on the first day I owned it, it worked and browsed to it just fine and I was able to move 6 ringtones over to it.

That's exactly what I've been through. Spent 3 hours today troubleshooting

and retroubleshooting with various support people who had never used the

even though device manager shows the device working properly. It isn't

working properliy and windows troubleshooting can't fix it. I also had a

Anything reported in the eventview in Windows 7?  Have you tried reinstalling the Windows Phone App?

I've had my phone since 11/15 and each day I connect it to my PC to charge and each time I can browse my phones file system.

I tried it on 4 computers all win7 64bit, some ent some ultimate. There are some driver issues with uPnp for this phone. Last night I spoke with Verizon tech support. They had nothing either. They are going to work with the manufacturer on the issue.

So I had one last thought on it last night. I took out my microsd mem stick (used before on an older phone but formated it) and took the battery out of the phone for 2-3 hours and attempted everything again after speaking with their tech support, (which they didn't have anything I had not tried, hard reset, soft reset (which btw is hold the down volume button and power button at the same time, not in anyones documentation). None of which worked.

When I booted the phone backup after that time and attempted to connect it, it actually connected. Not sure of the connection here but it might be something to look at for others having this issue. So for now it's working, who knows about tomorrow

I also wonder about a pnp issue. In device manager, my phone shows up as

"Windows phone" rather than "Nokia 822". That doesn't seem right to me,

but Nokia and/or? Verizon said that should be ok.

Under Portable Devices it's listed as what I named it. 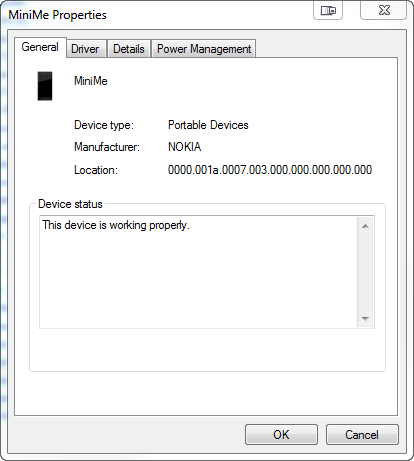 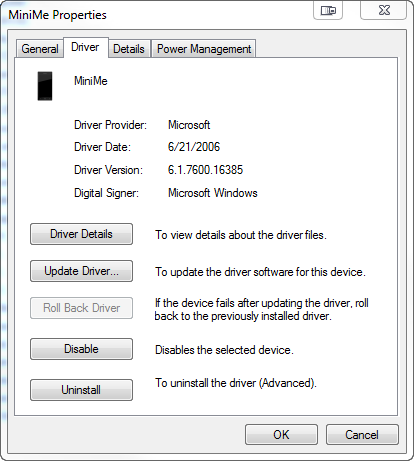 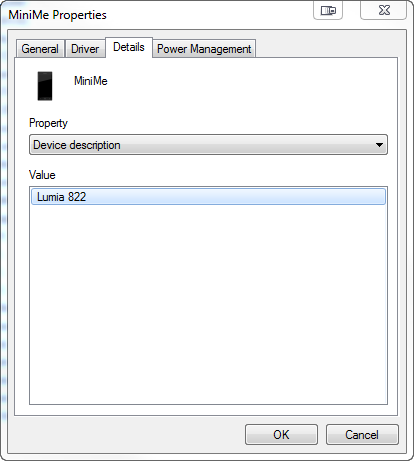