In-Store or Curbside Pickup: (excludes prepaid)
Same-day delivery:
Sign in
Help
Turn on suggestions
Auto-suggest helps you quickly narrow down your search results by suggesting possible matches as you type.
Showing results for
Search instead for
Did you mean:
More Options
Correct Answer!
Very slow LTE speeds on iPhone 5

Hi, I just switched to Verizon from AT&T not even a week ago. I did so because I wanted a better network, well that is not what I have experienced so far. I have an iPhone 5 verizon version (cdma) from a friend, I am using this until the iPhone X is released. Since I have switched I have nothing good to say about Verizon - unfortunately. I signed up selected the area code I wanted for my number they sent me a sim Card with the wrong number, and I can’t change this until im active for seven days.  So now I had to give everyone a new number and now I have to do it all again this saturday.

Anyways my number not being correct is not first priority right now. It’s the awful-awful speeds I have with Verizon. I barely push 1mb download speeds! What?! and I pay for the highest Unlimted data plan. I feel very riped off. I am very tech savy and have tried to reset the phone and network setting multiple times. What is wrong?!

I have screenshots of my data speeds and wifi speeds from the same day and same time so it’s not faulty bands in the phone. I also have not even used 1gb of data yet on my 22gb of high speed data plan. My zip code is 17901.

I dont mean to sound blunt but I need this fixed or ill have to go back to AT&T, I will have no choice. 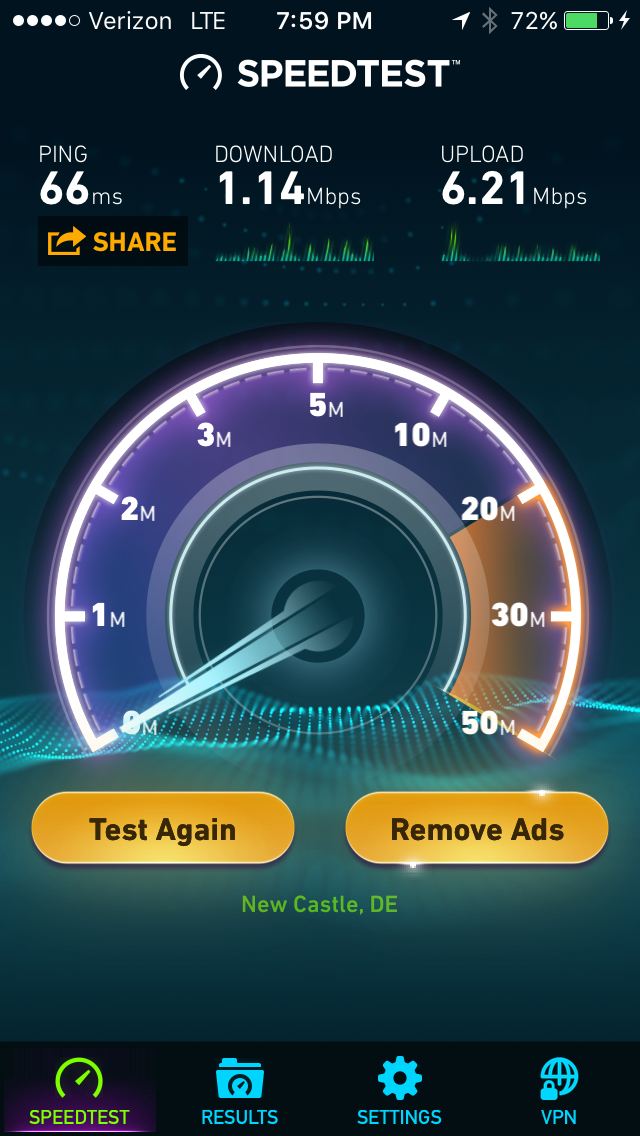 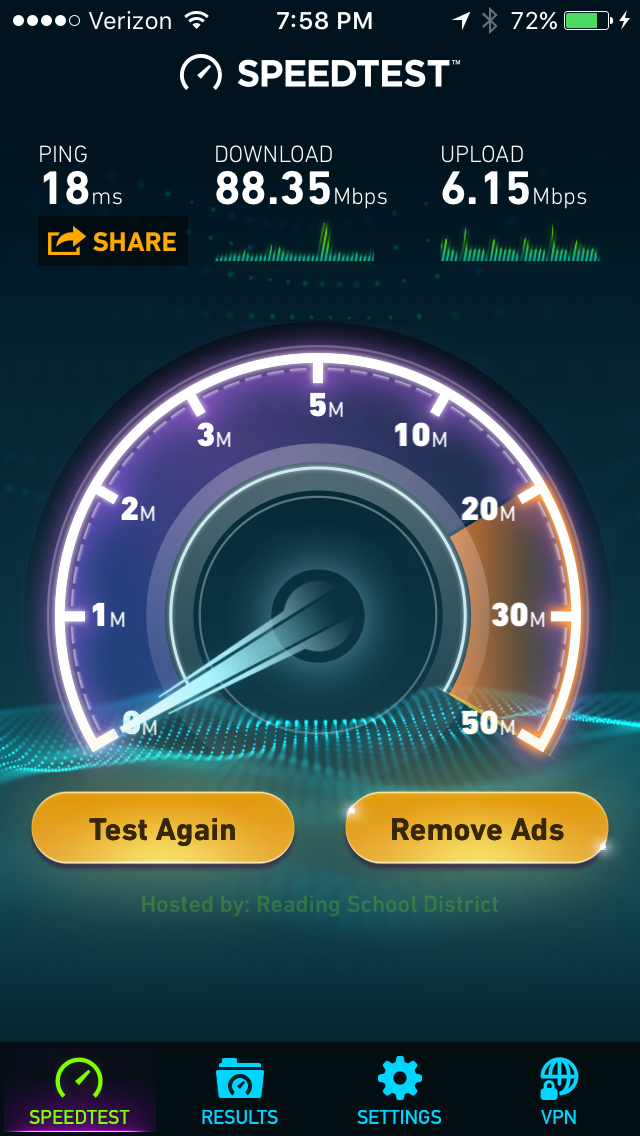 Really not one moderator can approve this?! I dont get an answer in 24hrs ill be canceling my plan and switching back to att.

Moderator? The moderators on this site only deal reviewing and editing posts as needed for Terms of Service violations for this community forum.

Also this site is primarily a peer to peer public community forum and not a direct link to Customer Service. While there are VZW reps that roam this community, responses from them are not intended to be immediate to allow the community members a chance to reply with their advice and suggestions.

As for your speed tests, I find it interesting that it looks like one test might have been done on LTE and the other on wi-fi. Even if the signal is the same, the tower can be congested at random times.

If the network isn't working for you, switch carriers.

you find it interesting that there is a screenshot with wifi and without. [Removed] Doing a speed test with wifi is to make sure your antenas have no issues. LOL. Yes, I know networks get congested at times but my speeds are not slow just at times. It's all the time.

The majority of your LTE issues are likely due to the hardware limitations of the device you’re using. As the device was manufactured over 5 years ago it was also designed to work on networks at that time. The Verizon version of the iphone 5 is only compatible with one LTE band currently used (Band 4). Verizon’s LTE network currently operates on the additional bands of 0, 1, 2, 5 & 13, which your device is not compatible with. The X model is compatible with all current LTE bands in operation by Verizon, so you’ll notice quite an improvement in coverage & speed when upgrading to a current device

Exactly, in the OP's area, the band they have may be heavily utilized.

On Android phones, can't we use a program like LTE Discovery to see the band being used?

Don't know if there is such an app for the iPhone.

The iPhone 5 more likely only supported the band 13 LTE frequency and not band 4. Band 13 was the first LTE frequency used by Verizon Wireless until they added the other bands they use now.