Help
Sign in
Turn on suggestions
Auto-suggest helps you quickly narrow down your search results by suggesting possible matches as you type.
Showing results for
Search instead for
Did you mean:
More Options
Correct Answer!
"New" iPhone 5 ... ???

I received what is supposed to be a new iPhone 5 this week and, as I was customizing the settings, found several shortcuts that had already been created. My initial thought was that they are default shortcuts set up by Apple, but then I started reading them ... 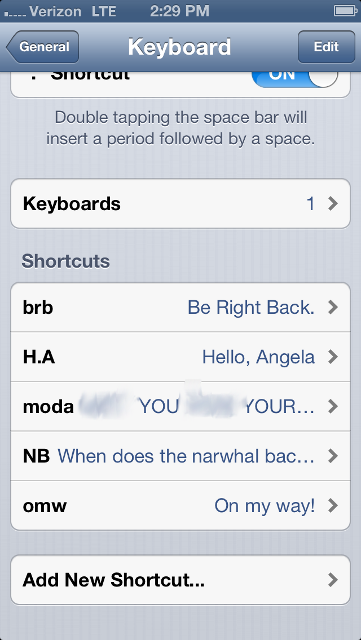 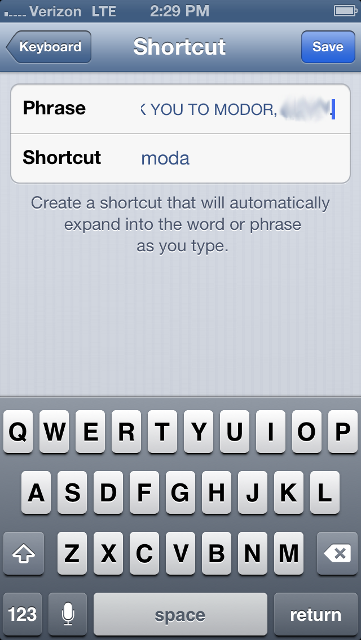 Clearly, these are not from Apple. So, where did they originate? I called Apple and asked how this could have happened. One and only one way -- someone took the phone out of the box and used it.

Then, I found this reminder: 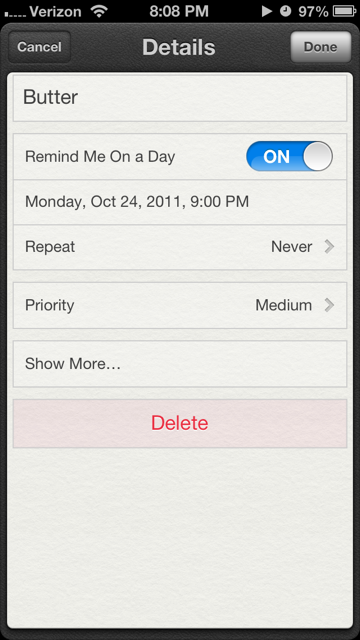 Since the phone didn't even exist in October 2011, how could this get on the phone? According to Apple, iCloud.

I contacted Verizon, and while the rep -- Joseph -- was nice enough, I don't think he could wrap his brain around how serious this is for Verizon. First, they are selling "new" phones that obviously have been used. Second, the phone was loaded with profanities -- not enough to make my heart stop, but what if a child had unpacked this phone, say for a birthday or Christmas? His only goal was to get me a new new phone so that I would go away. He transferred me to Internet ordering and purportedly explained the situation while I was on hold. I guess he didn't explain it well enough because, though the lady at the other end -- Vanessa -- was more than happy to exchange my phone, she also wanted a credit card to charge me the nearly $800 for the replacement. Of course, that charge would be reversed once they received my old new phone. I asked to be transferred back to Joseph and got stuck in hold hell. Over 30 minutes into this fiasco, I hung up because I had other things to do today.

Has anyone else had an experience like this (the phone, not customer service)? At first, I viewed it as a minor irritation and inconvenience, but the $800 charge to exchange a defect CAUSED by Verizon rubs me the wrong way and has me rethinking the seriousness of all this. Was this an isolated incident? Or does Verizon have a significant problem in its distribution chain, wherein rogue workers are appropriating new equipment for themselves and then repackaging it as new? Further, while I'm no prude, the whole profanity issue really, really, REALLY bothers me, simply for the fact that it's NOT the experience you should be having period, much less with an Apple product.