Who I have the same questioned this topic

Turn on suggestions
Auto-suggest helps you quickly narrow down your search results by suggesting possible matches as you type.
Showing results for
Search instead for
Did you mean:

Who I have the same questioned this topic 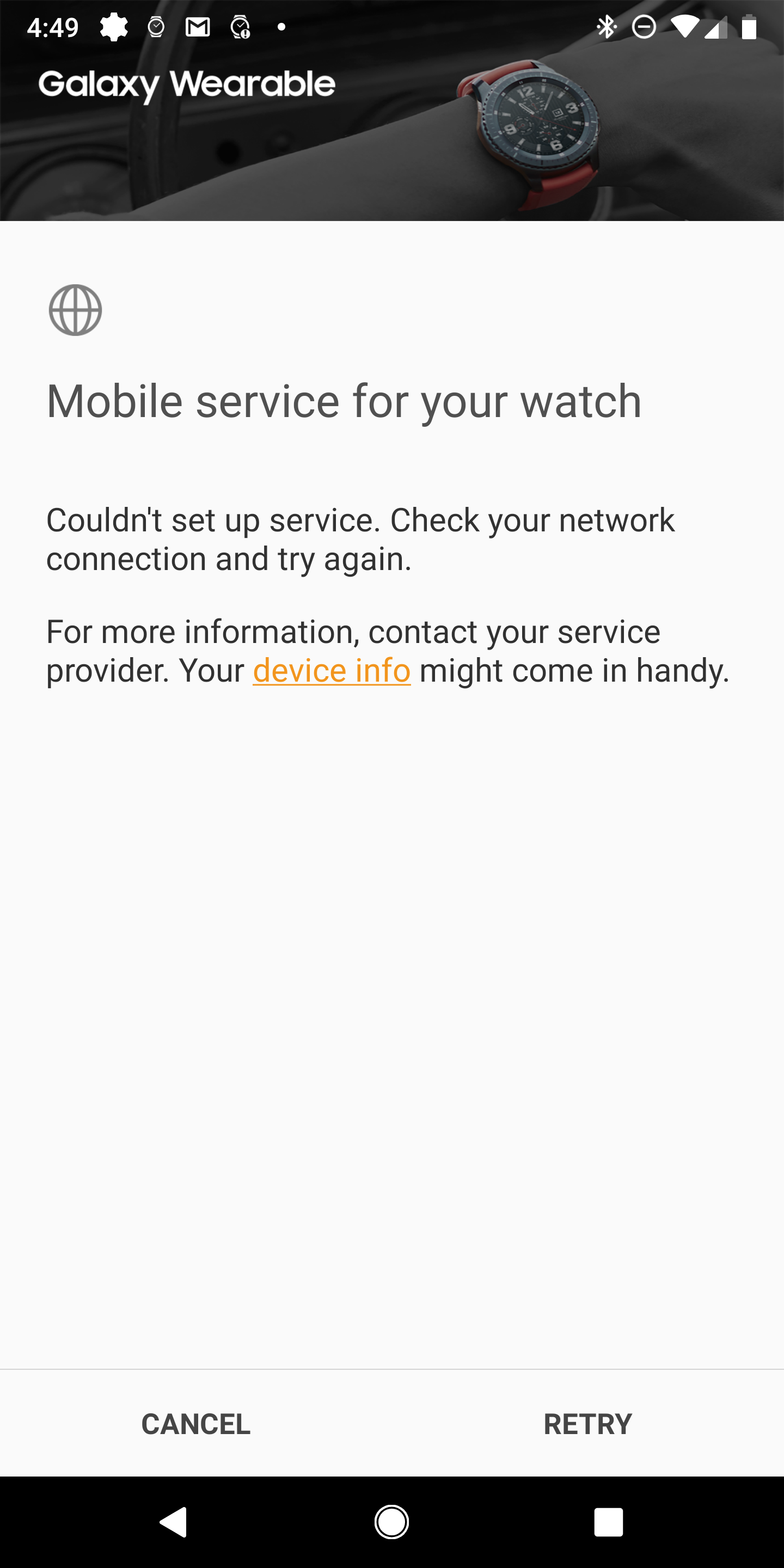 I bought the Galaxy Watch LTE 46mm this weekend. I have a Google Pixel 2 phone

Everything has worked fine, it's able to pair on bluetooth, the apps functional well, calls, texts etc. on bluetooth.

I have the LTE version of the watch. When I bought the Galaxy Watch - the rep activate a line so i would have data/LTE on the watch (the reason I bought it in the first place)

However, I have not been able to activate the LTE on the watch. I went back to the store today, only 2 days after buying. While in store we called Verizon support. We were on the line for 3 hours. About 2 hours will Level 1 Support - going through the standard, "reset", re-pair, restart watch and phone. Did that close to 6-7 times. After 2 hours we were passed to Level 2 support. Level 2 support had us do the exact same thing - after an hour Level 2 support told sales rep to do an exchange.

We attempted to activate LTE on the 2nd watch - same issue. I've attached picture of the issue that appears each time we attempt to connect LTE

Does anyone know what's going on?