end of navigation menu
Ask a question
Sign in
Sign in
Turn on suggestions
Auto-suggest helps you quickly narrow down your search results by suggesting possible matches as you type.
Showing results for
Search instead for
Did you mean:
Show all
1,161 Members online 254K Discussions 42.2K Solutions
More Options
Correct answers are available for this post.
Traded in phone and never received credit.
gatellez
Newbie

Switched to Verizon from MetroPCS (highly regretting that decision now) and took advantage of the promotion wherein you could send in your current device for credit toward a new iPhone 14, 14 Pro, etc. I dropped off my phone on September 21 and was never given credit for my trade in. I have spoken to customer service representatives multiple times, provided them the tracking number, and have been told the device was delivered by every agent I spoke to. My bill was about $66 last month and now due to Verizon claiming they haven't received my device, my bill has nearly tripled to almost $180. I have been waiting nearly 2 months for my phone to be appraised and my promotional credit to be applied and now my bill has skyrocketed due to the incompetence of whoever was handling my phone. I have been assure over the past couple of months when I spoke to agents that the phone was received and I would be receiving my promotional credit soon. Does anyone have any idea how I can handle this? I refuse to pay triple my normal bill due to the negligence of Verizon.

I have the same question
0 Likes
Reply
2 Replies
Correct answers are available for this post.
Re: Traded in phone and never received credit.
vzw_customer_support
Customer Support

Welcome to the Verizon family, gatellez. We're disappointed to learn of your experince and want to ensure your billing is correct, and your trade-in updated as well. Just to confirm, when you say you dropped off your phone, did you drop it off to a store location or to the shipper? Have you checked your trade-in submission here, http://spr.ly/6601MF3iP

0 Likes
Reply
Correct answers are available for this post.
Re: Traded in phone and never received credit.
gatellez
Newbie

I dropped it off at a UPS store. 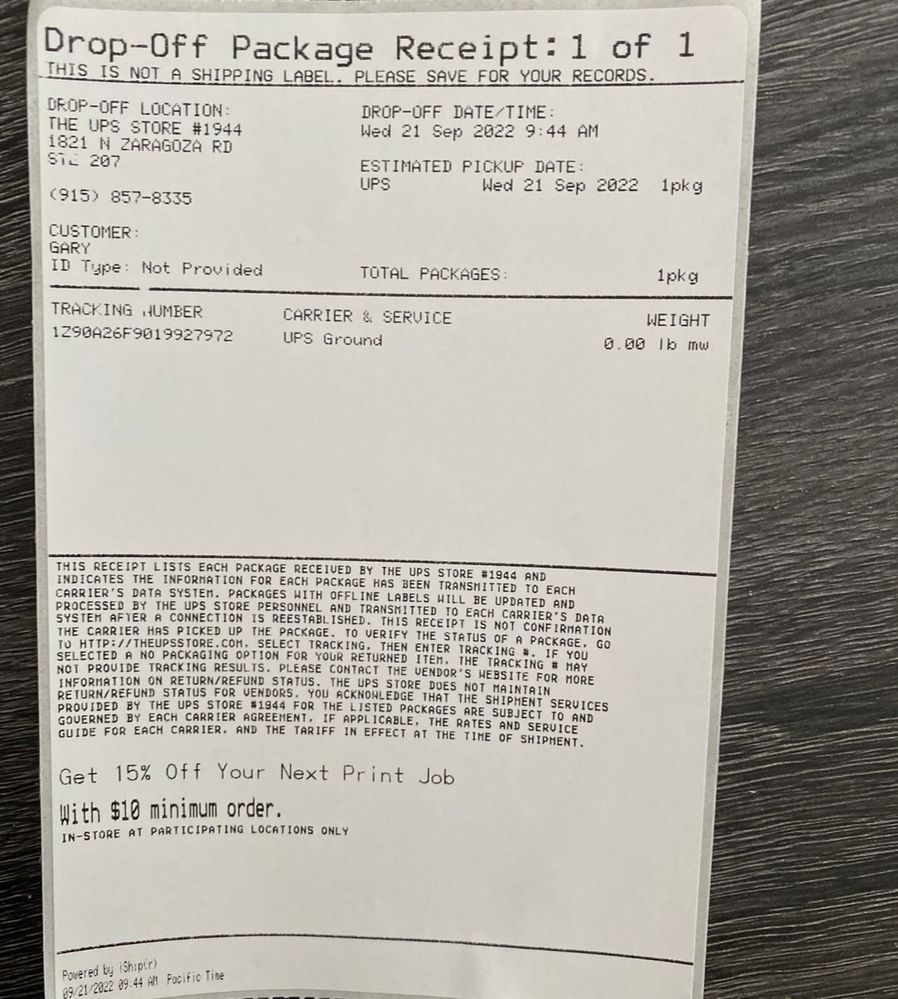